You can sip tea at a different spot every day for a month, says Usha Hooda, who has opened up her dreamy mountain home in Himachal Pradesh to guests. Called Mayascrest, the stone mansion sits like a crown on a ridge at 5,500ft, the highest point of a village named Shiva, a tiny village in Himachal Pradesh, about 20 minutes north of Kasauli. “When I look out, I feel like I am looking at the sea. Even the clouds float below me. One side of the home overlooks the Garhwal Himalayas beyond Shimla, and the other at the sun settling gold on the plains of Punjab. I watch a breathtaking view from a different part of my home every single day.”

Hooda had been a city person all her life. She lived in Chandigarh and then Delhi designing quilts and textiles until 2008, when cancer struck. It was then that she decided to quit the hustle of the city for the stillness of Shiva.

Serendipitously, this parcel of land was waiting for her to build that dream home on. Hooda had bought it nearly three decades ago when she used to visit her daughter, Vibha, who was studying in Himachal. Soon after she overcame her battle against cancer in 2012, she made the big move.

Building a home in the hills with zero experience “Everyone thought I was crazy to have bought that land. Even the broker told me how will you get your stuff up, there was no road to reach the place,” Hooda says. “But that’s exactly why I wanted to buy it. “I wanted to be far away from people, noise, traffic and pollution, and this was it.”

The remoteness of the home brought a host of challenges with it. “The land was so high that we couldn’t get anyone up there, nor the earthmovers to dig up the foundation or an architect to build the home. Everything had to be done manually. My daughter, Vibha, decided to design the space,” says Hooda.

Vibha, a finance graduate, had no experience with building a home. But that did not stop her from visualising her mother’s dream abode. The 43-year-old donned several hats: architect, engineer and contractor. She taught herself elevations, gained knowledge from local masons and a structural engineer who was working on a neighbours home.

Soon she left her work in Delhi and made her mother’s home her full-time job. Every day for two years, she would make the 30-minute uphill trek through forests, with her laptop in one hand and a stick to ward off monkeys. “The fact that it was being built in a mountainous region and the hill had to be cut, was a challenge in itself. I kept reminding myself how homes were built centuries ago, without roads and machines. Stone, gravel and sand had to be lugged up on the backs of mules and men. Every stone was picked from a personally selected quarry, sometimes hours away.”

Vibha’s design philosophy was simple: every corner of the home should have a character of its own. No two rooms, walls, bathrooms should look similar. Moreover, every room should offer a different experience. “You have homes that just offer panoramic views. But I didn’t want that. I wanted one to overlook the sunset, the other to have garden views and the other to overlook the mountains. So, I drew the plan with that in mind.” 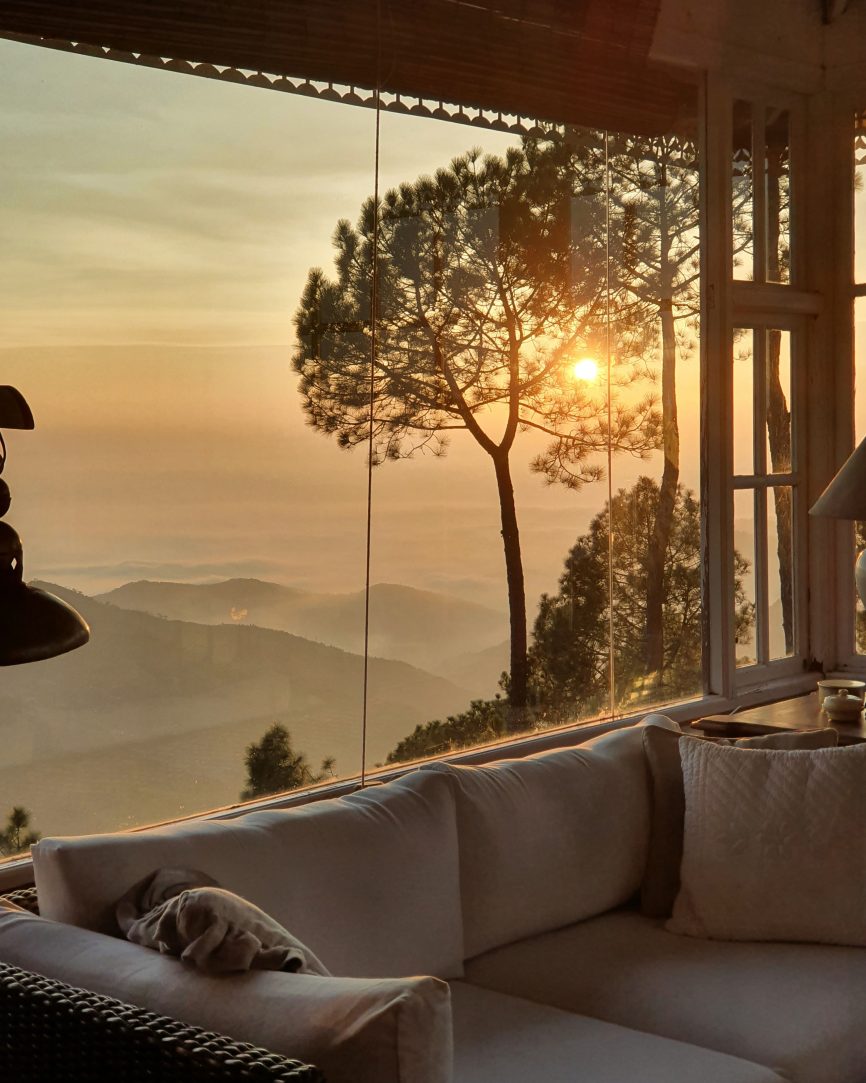 At Mayascrest, no view of the outside fails to make its way inside. “The views are so spectacular that it felt criminal to build a wall anywhere. We couldn’t make a glass home because of the terrain but we wanted the hills to burst forth inside. So, all the doors and windows are about nine feet tall. There are plenty of sit-outs and open spaces, and a verandah with a gazebo that juts out into the valley.”

Usha and her daughter are also evangelists of a sustainable life. That echoes in every nook and corner of their space. Very few walls in the home are painted lending it a raw and rustic look. “The stones that are grey just blended in with the concrete, so we decided to leave it as is,” says Vibha. A big part of the furniture has been upcycled from old pieces, her mother adds. She repaired chairs and tables with broken legs and gave them a home. The rest of the furniture was designed by Usha with reclaimed Burma teak sourced from Mumbai. Two years and plenty of hurdles later (mules would often drop half the sand along the way), Usha’s fairytale home became a reality, with five rooms, a living room, a kitchen and a dining room that leads to a beautiful verandah with nothing but the hills and woods in sight. “We can have tea practically in a different part of the house and not run out of spots for a month,” says the mother.

All the hardships paid off in the end. Today, Vibha has found her true love—building homes. She runs an architecture and interior design firm Begumpoivre.

What to expect if you book this Kasauli home Since Hooda lives all by herself and there’s plenty of room at Mayascrest, she opened up three rooms for guests to experience the real high. Visitors can feast on a loaded breakfast of all kinds of eggs, from Spanish to Turkish, pahadi cow milk, pancakes, parathas, sausages and bacon. For lunch, there’s a homely meal of dal, veggies and roti. At night, there’s European fare on offer or even fresh grills hot off the barbeque. “But the biggest draw of my home are my two dogs, Max and Mastaan. Everybody loves them. They’re so well-behaved that even if you leave bacon outside, they won’t touch them. You have to love dogs, though, if you’re coming up here.” In fact, the home is named after their family dog, Maya.

The home provides plenty of inspiration to Hooda who is an artist. She spends her time painting, creating furniture, walking in the woods for hours a day. “The house is surrounded by the most beautiful walking paths. There are barking deer and sometimes leopards. This part of the world is still so wild even though it’s just two hours from Chandigarh. I walk for at least two to four hours. And before you know it, the day is over. I wake up with the sunrise and sleep with the sunset,” she says.

If you want to build your dream home in Himachal… Building a home in Himachal Pradesh is not easy. “You have to apply with plenty of paperwork to the Ministry of Himachal Pradesh. Once you get your permission, only then you can start the process,” says Hooda.

The most important thing people need to keep in mind when moving to a place like Shiva, is that you need to keep fit. “There aren’t any hospitals here. The closest one is in Kasauli. You have to take care of your health, eat well, exercise and stay fit.” There’s also a lot of walking involved, especially where she lives. “I have to walk down the hill on foot. To get to my car, I need to walk about another kilometre.”

Another drawback is that a lot of the supplies are not available in the village. “You either have to go to Kasauli. If it’s the fancier stuff like pasta and cheese, you need to make the two-hour drive to Chandigarh.” But it all feels worthwhile at the end of it, says Hooda. “The weather is beautiful all year round. Even the winters are pleasant because the sun is always shining. And in the evenings, you can always light up a fire.” Kasauli is also a place where you can socialise, she adds. “I have a lot of friends. They have parties all the time. I can’t say I always want to go to them,” she laughs.

The biggest plus is that it’s so close to the city, especially Chandigarh and Delhi, says Vibha, who visits her mother often. “It’s so easy to hop across to the city if you miss it. It might be a big step to move to Shimla and Mukteshwar, but not this place.”

Moreover, a place like this can make your soul happy, she says. “My mother’s living there has had such a positive effect. Just your state of mind is 99% of the battle with a disease such as cancer.”

Hooda echoes a similar thought. Living in Himachal has made her appreciate the small things in life. “Petting a calf, watching the sunset and listening to the winds…these things make one happier. Not counting your pennies in the bank.”

Mayascrest can accommodate up to six people. Tariff from Rs13,000 for a double room. Book here. 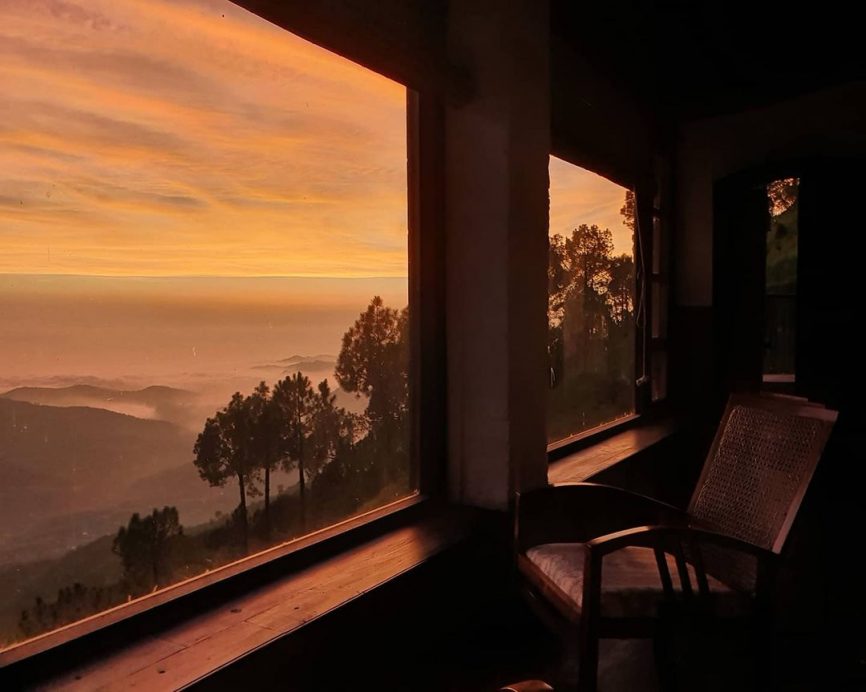 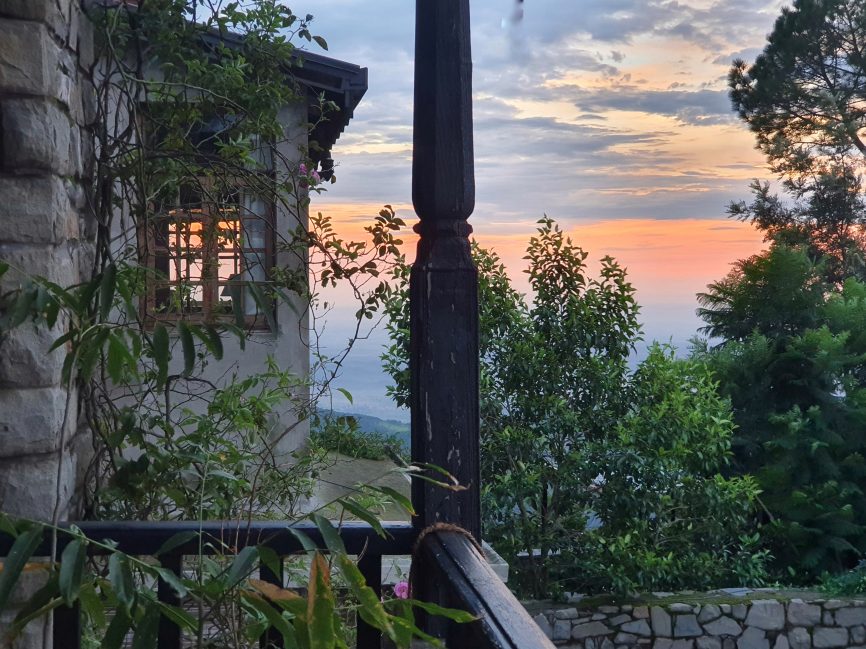 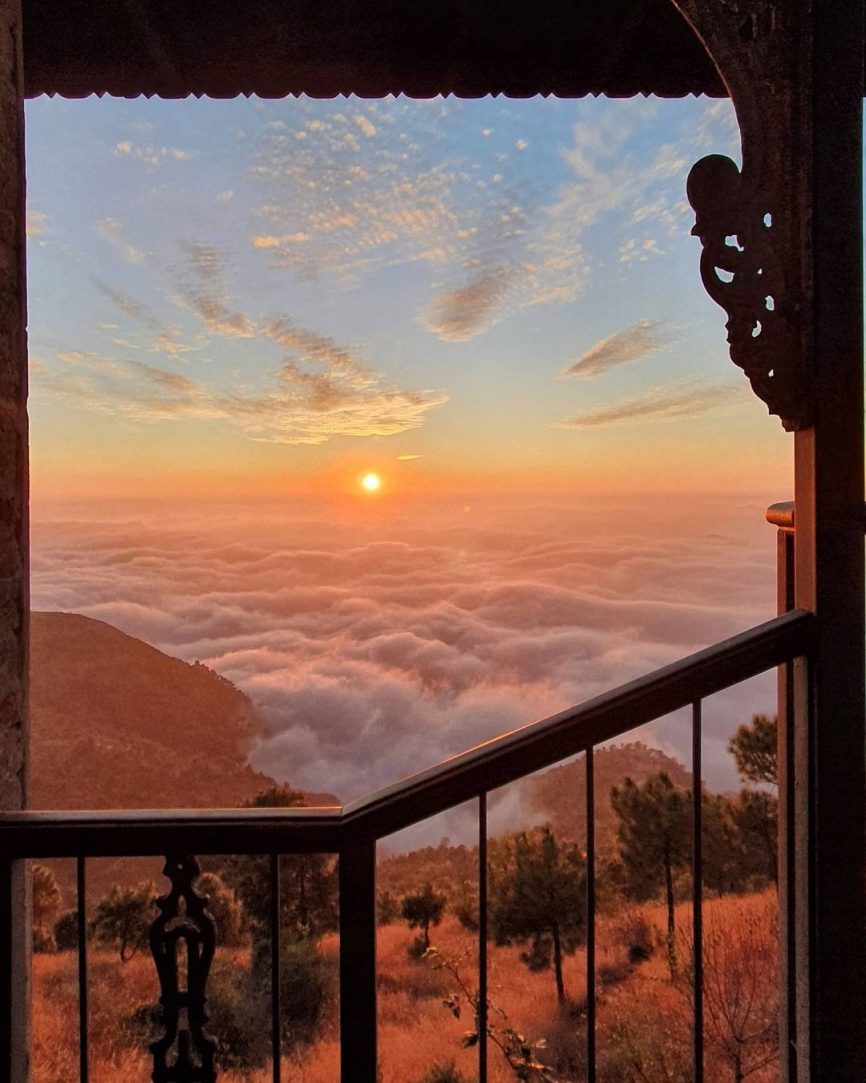