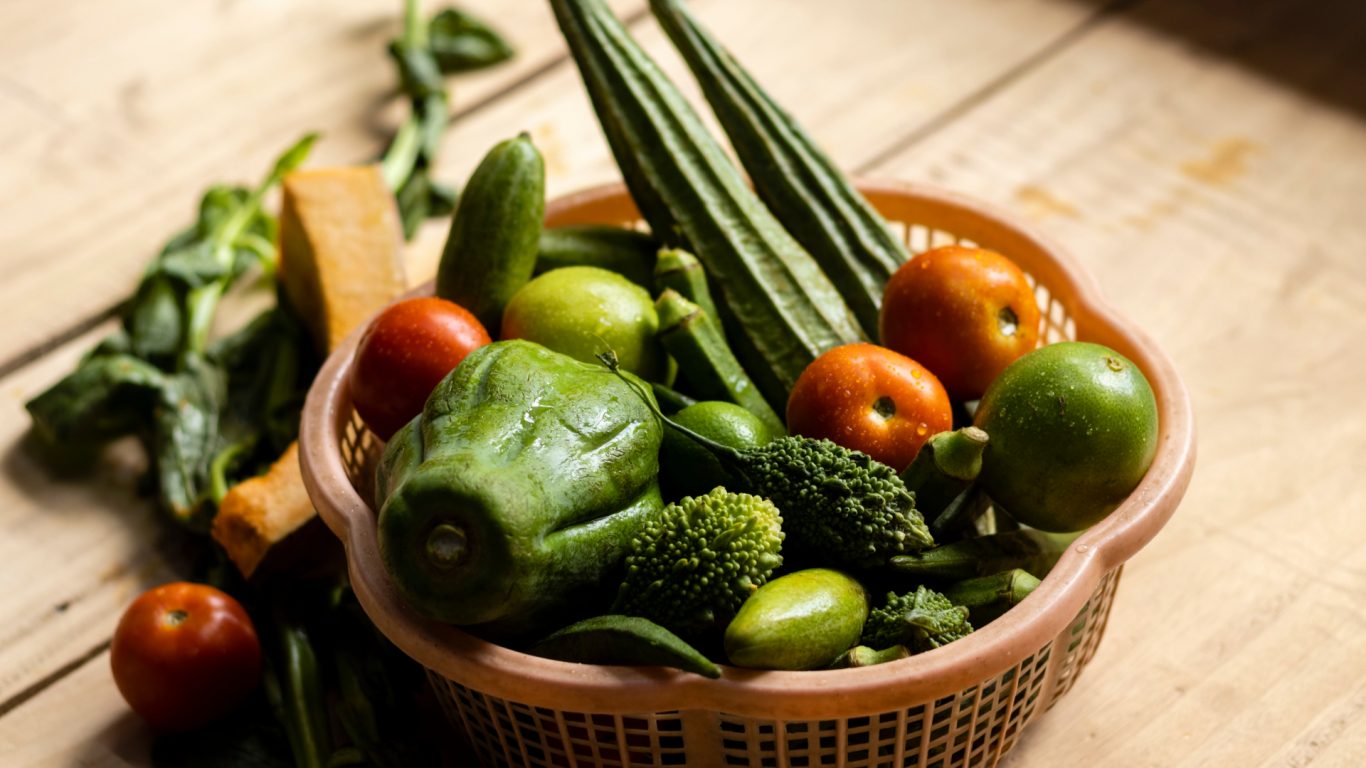 Historically in India, vegetables have been grown and consumed according to a calendar that spans spring (vasant), summer (grishma), monsoon (varsha), autumn (sharad), pre-winter (hemant) and winter (shishir). Our rituals, festivals, art and culture are woven around our rich heritage of seasonal produce which is not just packed with flavour but also with nutrients.

Our local indigenous vegetables have evolved from wild species, often found growing in forgotten patches of land. The common tomato, for instance, has evolved from a tree tomato that was brought in by the Portuguese to India. Desi vegetables tend to be hardy, and climate-resilient; they germinate prolifically and require less water and care. Here is a list of local, seasonal vegetables commonly available across the country with a calendar of when to eat what.

Across the country, January is the time where you will see an abundance of these vegetables. Add them to your cart and benefit from the vitamins and minerals in this seasonal produce. Scourge the markets for lettuce, spinach, gourds, radish, carrot, onion, tomato, okra, brinjal and beans.

In the north, these indigenious veggies start to make an appearance. Get creative with curries, salads and chutneys to add some flavour (and colour) to your meals. Look out for apple gourd, bitter gourd, bottle gourd, cucumber, French beans, okra, sponge gourd, spinach.

It’s springtime in the south of India and that heralds vegetables and herbs such as coriander, gourds and beans.

While we get most of these vegetables throughout the year, it’s important to know when they are actually in season. If you’re in the North of the country, eat capsicum in April. Those in the South, look for gourds, tomatoes and chillies.

It’s onion season in May. Try your hand at onion chutneys, use small onions in sambar and dals. While you’re at it, use pepper and brinjal—other glorious veggies that come to market at this time of the year.

It’s raining in parts of the country by June, but head out to the markets anyway and look for gourds to fill your table, along with brinjal, okra, tomatoes, radish, beets, cauliflower and pepper.

Now’s the time to celebrate peas, radish and lettuce in North India. In the South, keep an eye out for the aforementioned veggies along with fresh cucumber, cabbage and spinach and turnips.

As winter kicks in across the country, add greens to your diet via mustard leaves and flowers, beet greens, radish leaves, black carrot, tender corn and fenugreek along with gourds such as ash gourd, ridge gourd, bitter gourd and bottle gourd.