Not only is this Chrysler Imperial Crown with Ghia coachwork one of just 31, it may be one of just two to have driven her Maj’, the Queen around Canada in 1959.

Avid royalists will doubtless be excited to finally have a chance to own a car that is likely to have driven Liz around on her Royal Canadian Tour.

First the case for the royal connection. The Eatons were a prominent family in Canada at the time and close friends with the highnesses. Through their company T. Eaton Co. they bought two Imperial Crowns and put the royal family in them for parades and fairs.

This particular model was delivered to the Eatons at about that time. It is therefore likely that this is one of the two used to chauffeur Beth around at the time. And you could hardly hope for a better car to do it in.

The Imperial Crown came about as Virgil Exner’s attempts to modernize Chrysler in the ’50s. The design department was apparently in a rut at the time, and Exner’s “forward look” strategy was designed to drive them into the future. 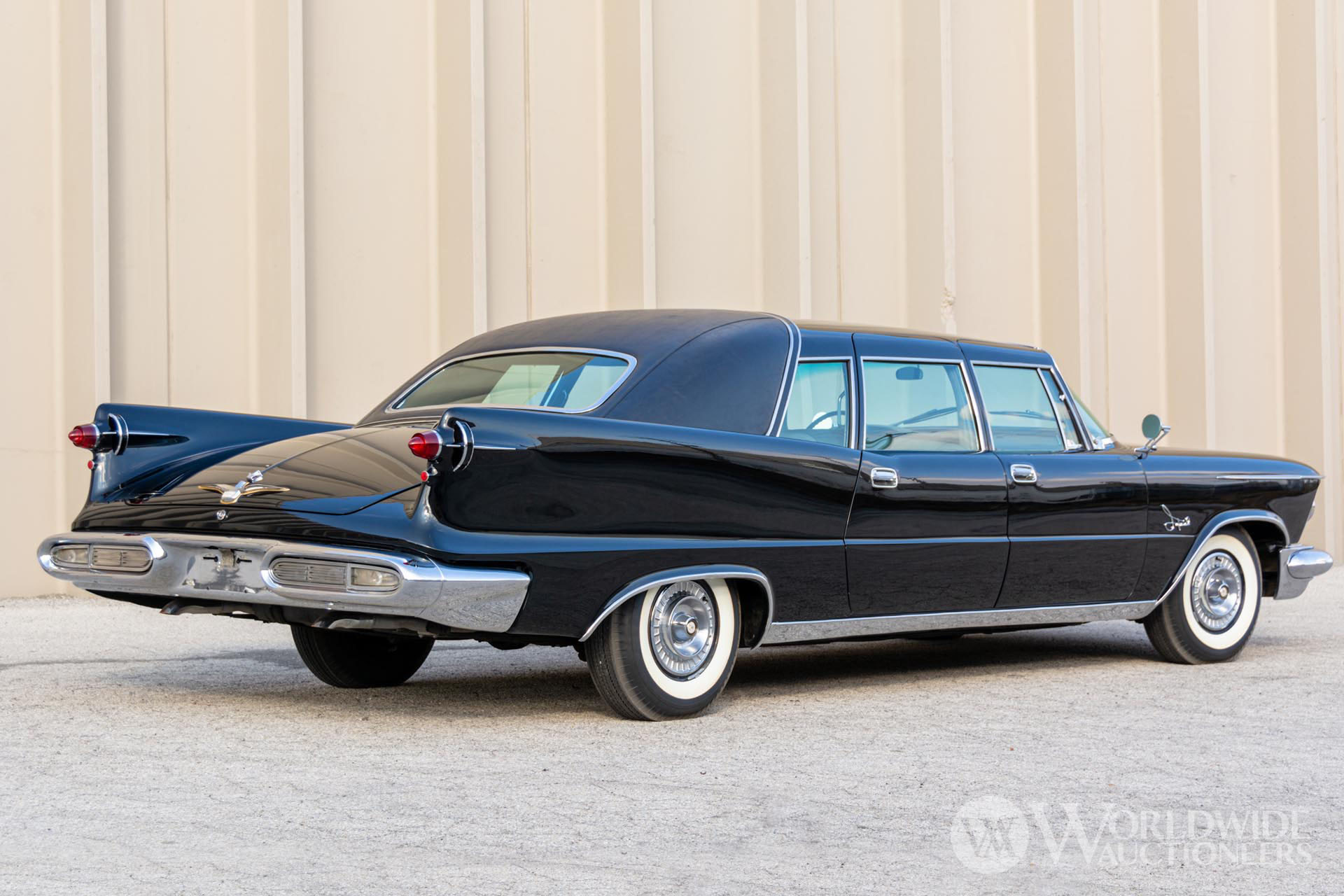 In an attempt to take on Cadillac specifically, the company decided to create a low-volume limousine. It turned to Carrozzeria Ghia to take on the challenge. That meant building the chassis, sending them off to Turin, and then shipping them all the way back.

The result was this beauty, which sits in largely original condition. Kept by the original owner until 1990 and then purchased by a collector, the Imperial Crown has been well cared for. Although it has been repainted, its color was simply refreshed.

The interior, meanwhile, shows some signs of age, but given that it’s all original, you might be able to touch a surface the queen has touched. So that’s fun.

The car is up for sale at Worldwide Auctioneers’ January 23 sale, in Scottsdale, Arizona.