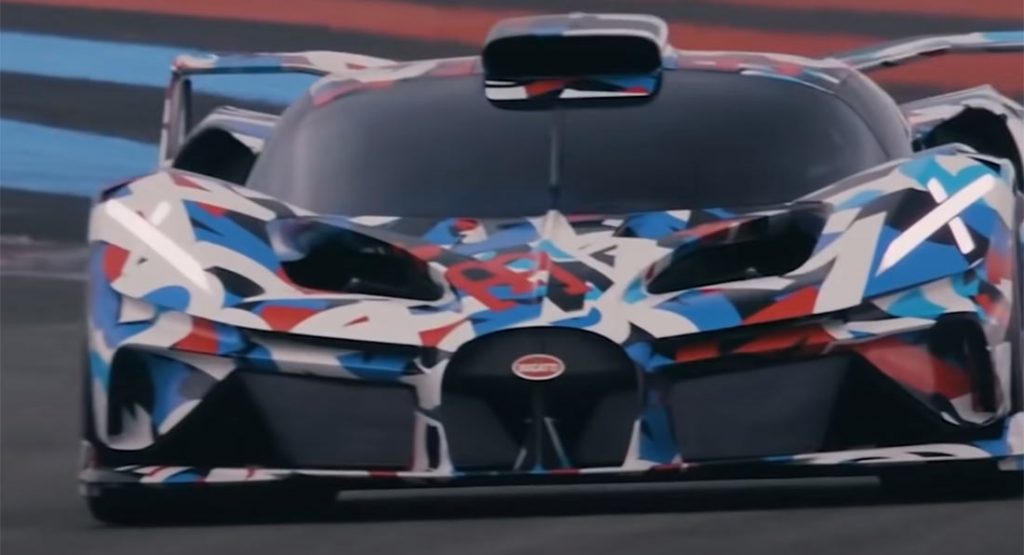 Bugatti has slowly grown its line-up in recent years with a handful of new Chiron-based models, including the limited-run Centodieci, Divo, and the one-off La Voiture Noire. However, these models pale in comparison to the Bolide.

Officially presented by the car manufacturer in late October 2020, the Bugatti Bolide is a track-honed monster that uses a version of the Chiron’s mighty 8.0-liter quad-turbocharged W16 engine and promises unheard-of acceleration and lap times around some of the world’s most famous racetracks.

In this clip, Drivetribe talks us through some of the key aspects of the Bolide’s design that make it so fast. One of the most impressive things about the Bolide is its weight as it tips the scales at just 2,733 lbs (1,240 kg), significantly less than a standard Chiron that weighs about 4,400 lbs (2,000 kg). As you would imagine, that reduced weight has a dramatic impact on the car’s acceleration credentials and its handling.

What’s even more impressive is Bugatti’s claim it can lap the Nurburgring Nordschleife in just 5:23.1, just four seconds slower than the outright lap record holder the Porsche 919 Hybrid Evo, and storm around Circuit de la Sarthe in 3:07.1, quicker than a Toyota LMP1 car.