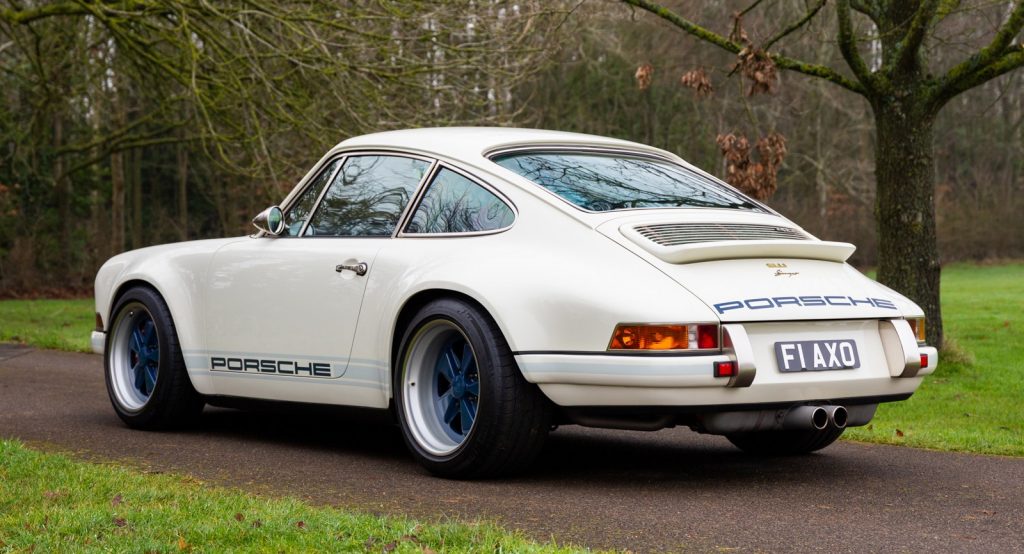 You don’t see a Singer 911 offered in an auction that often, especially one that’s located in the UK, complete with the steering sitting on the right side.

This is the ‘Newcastle Commission’, per Singer’s way of naming each one of its cars, and is based on a 1990 UK-market 964 Carrera 2. The build was completed by the end of 2015 and it was acquired by its current owner in June 2020.

The donor car was stripped down to the bare chassis, which was media-blasted and strengthened before Singer started to build it back up with its own carbon-fiber bodywork. 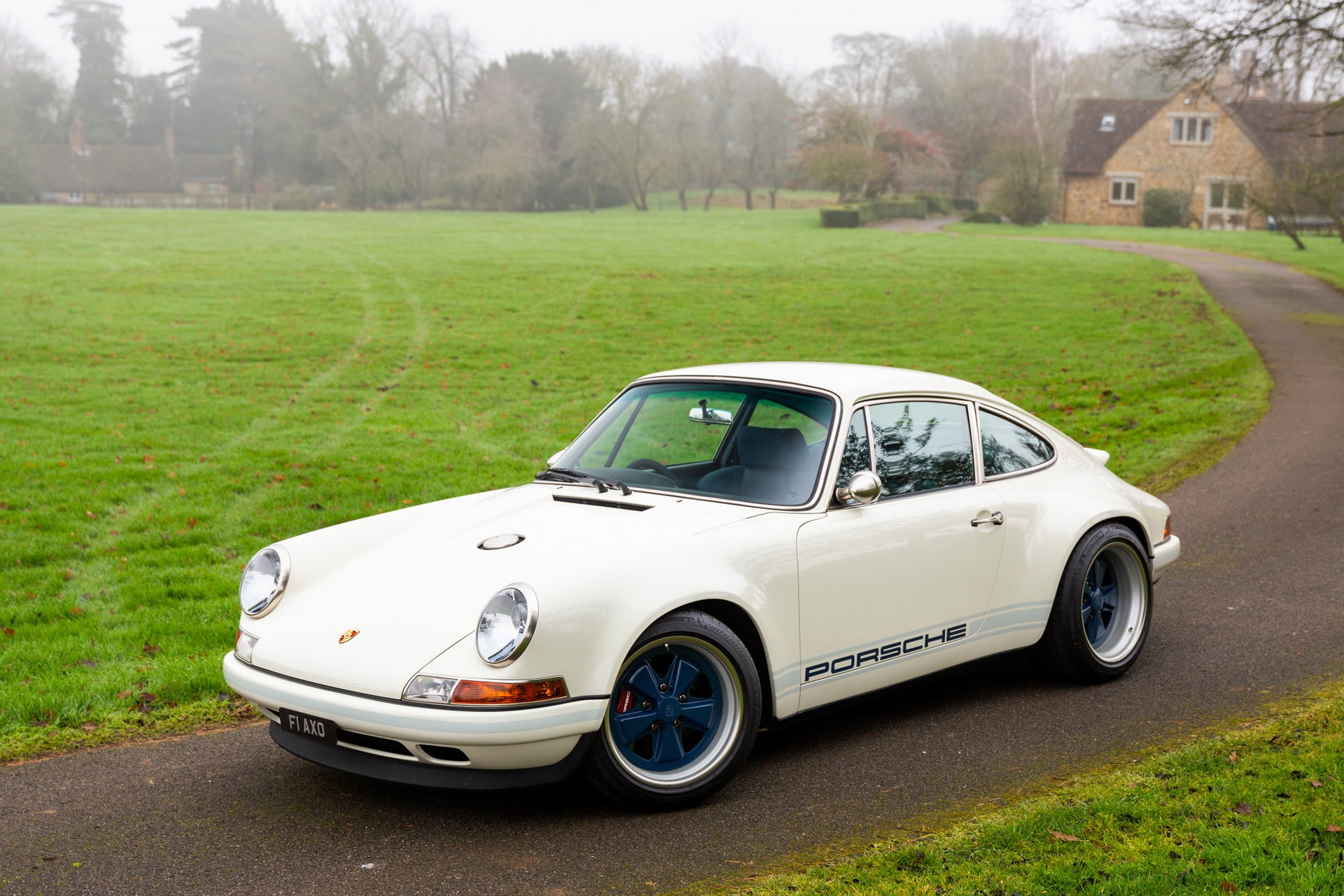 The car is currently offered in an online auction at Collecting Cars, showing just 1,100 miles on the clock and presented in a beautiful condition. Finished in Singer Racing White with ghosted light blue stripes around the bumpers and flanks, the Newcastle Commission sits on a set of 17-inch Fuchs-style alloy wheels with blue center petals and exposed brass-plated wheel bolt fixings.

This 911 Reimagined by Singer also features the optional sport suspension with Öhlins dampers, as well as the ‘big brake’ upgrade from the 993 Turbo. As with every Singer 911, a 993-type steering rack replaces the stock 964 item. 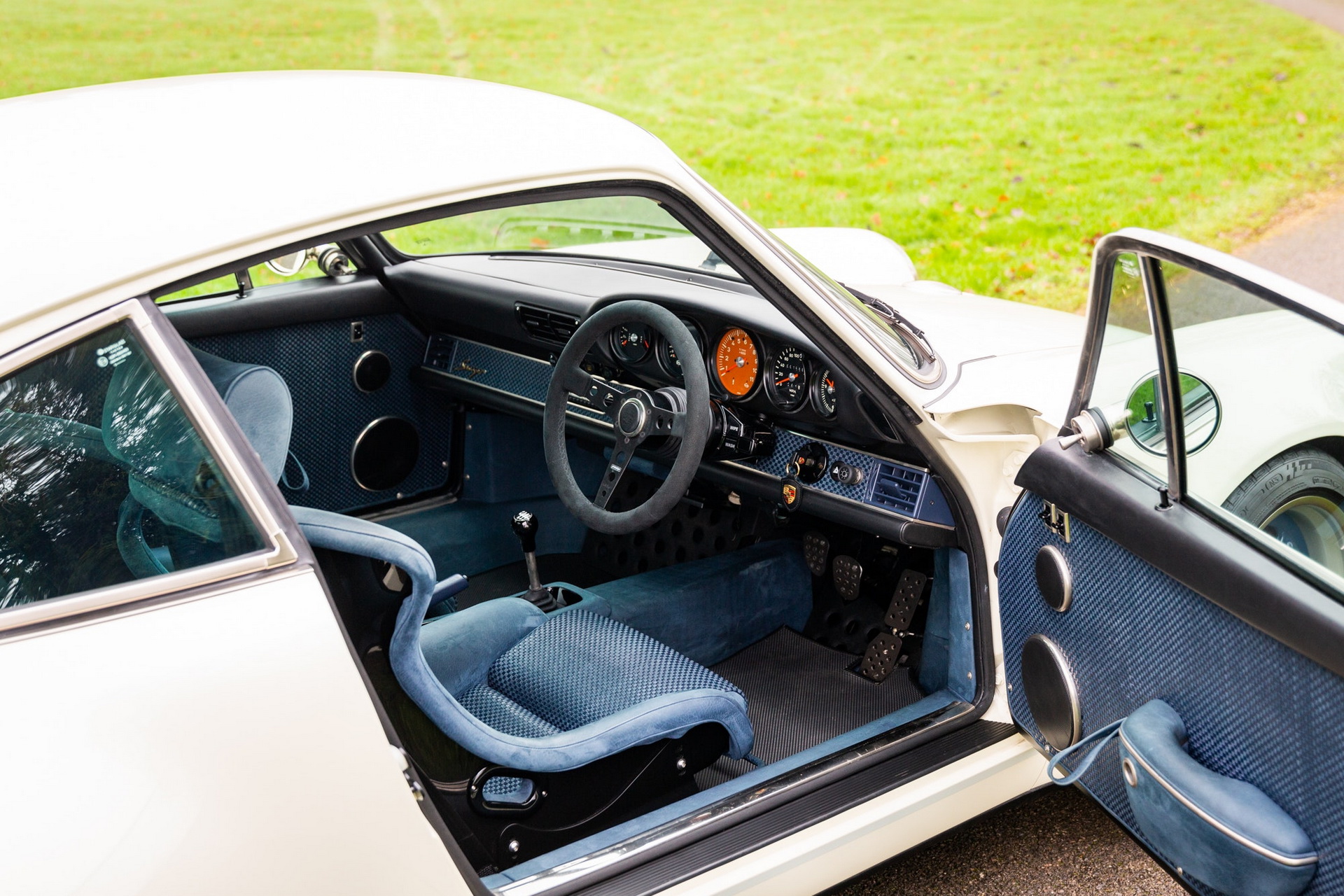 The interior features the optional carbon-fiber lightweight bucket seats and is finished in a combination of blue leather and semi-suede. Singer’s now-famous ‘leatherweave’ trim adorns the seat panels, seat facings, rear quarter panels, and the dashboard face. Black leather is used on the top of the dash and the luggage shelf. The rev counter comes with a bright orange face and (likely as a nod to Spinal Tap) reads all the way up to 11. 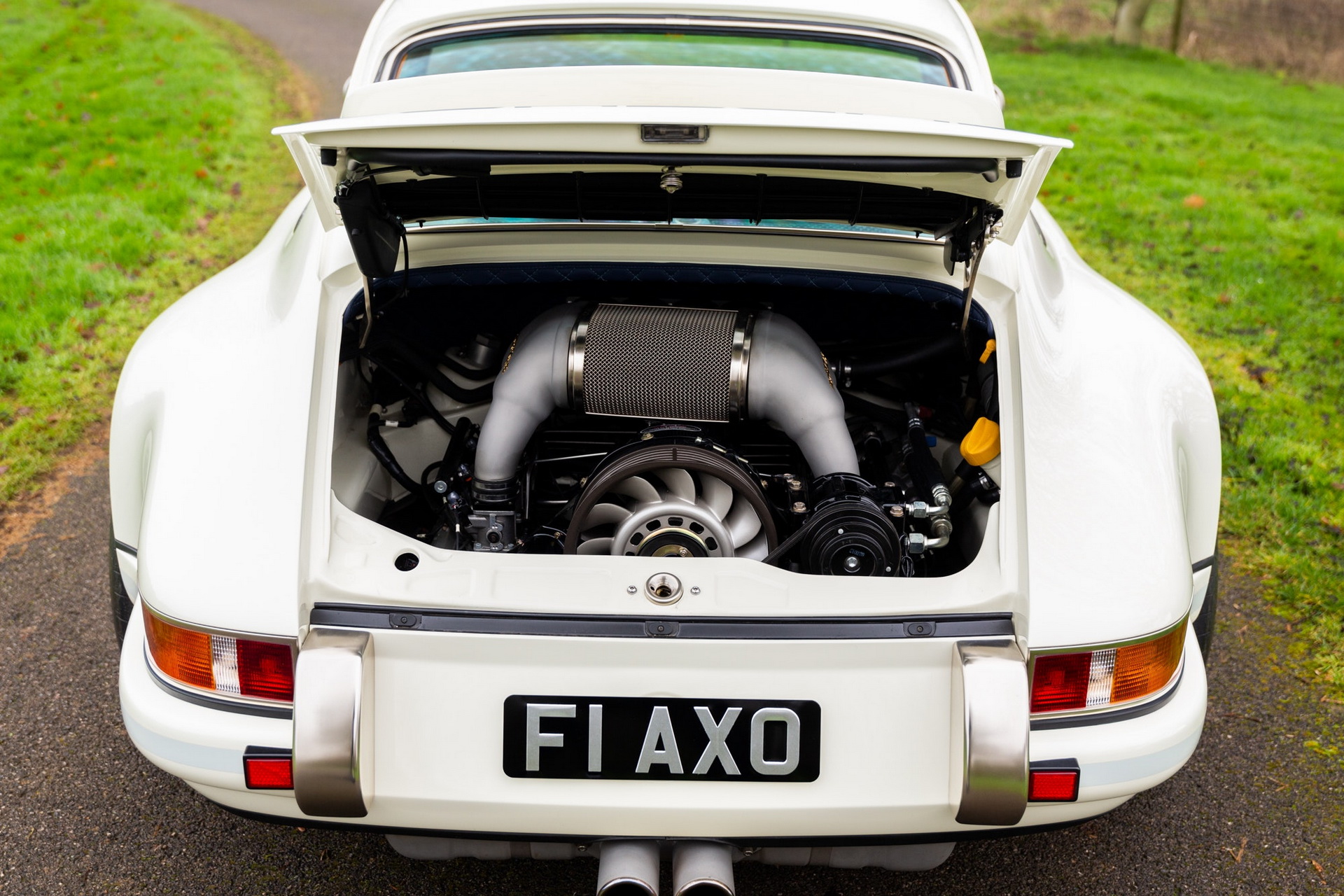 Power comes from a naturally aspirated 4.0-liter flat-six developed by Ed Pink Racing, which produces 390 HP and 315 lb-ft of torque and is paired to a close-ratio six-speed manual transmission. Singer claims that 0-60 mph is dealt with in 3.3 seconds, and 0-100 mph comes in just 8.2 seconds.

The highest bid at the time of writing was £550,000 (around $750k in current exchange rates), and with five days for the hammer to fall, this 911 Reimagined by Singer has already attracted quite a lot of attention.