If you’re a big NASCAR fan and have some spare money sitting in your bank account, you could buy a 1997 Chevrolet Monte Carlo NASCAR that was once raced by Jeff Gordon.

The famous NASCAR champion drove this car throughout the 1996 NASCAR Winton Cup Series and also raced with it during four races of the 1997 season. He claimed three victories and seven top-five finishes with it before it was retired and last used in an official capacity during testing in 1999.

According to the Bring A Trailer listing, the Monte Carlo was refurbished by Rhine Enterprise in Denver, North Carolina in 2009 before the seller acquired it. During the refurbishment, a 358 cubic-inch SB2 V8 was installed from Hendrick Motorsports complete with a Holley 830-cfm NASCAR carburetor, a carbon fiber air-cleaner cover, and Hendrick Motorsports valve covers. The seller notes that this engine has been used for less than an hour since the refurbishment. 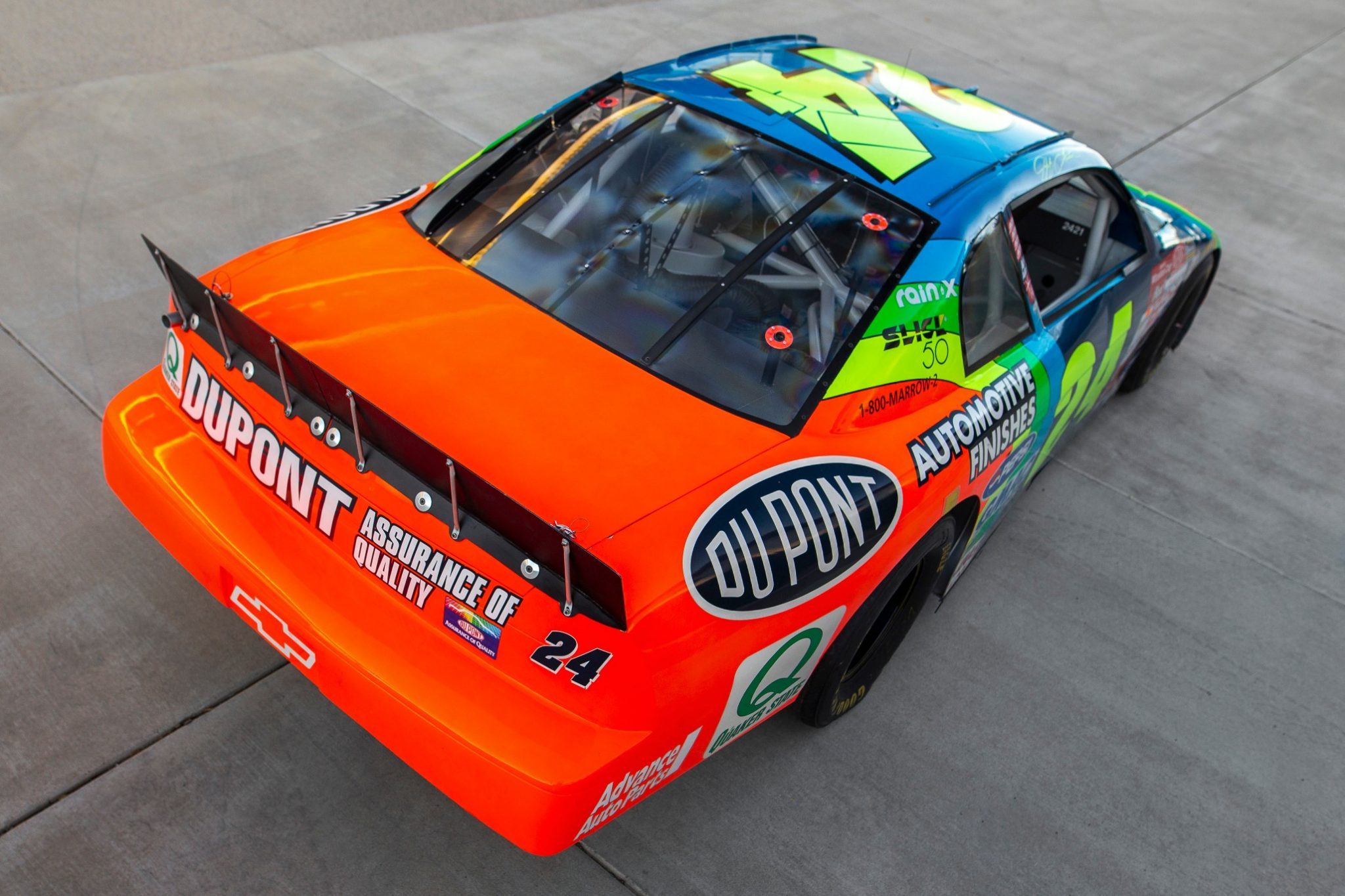 Coupled to the V8 is a Tex Racing T101 four-speed manual transmission that transmits power to the rear wheels through a solid rear axle.

The exterior of the car has a brightly-colored DuPont Automotive Finishes livery. It includes black 15-inch Aero wheels with Goodyear Eagle racing slicks and Wilwood brakes at all four corners. Like any NASCAR race car, the interior is sparse and doesn’t include much more than a roll cage, ButlerBuilt racing seat, a Simpson five-point harness, and a simple dashboard that’s been signed by Jeff Gordon.