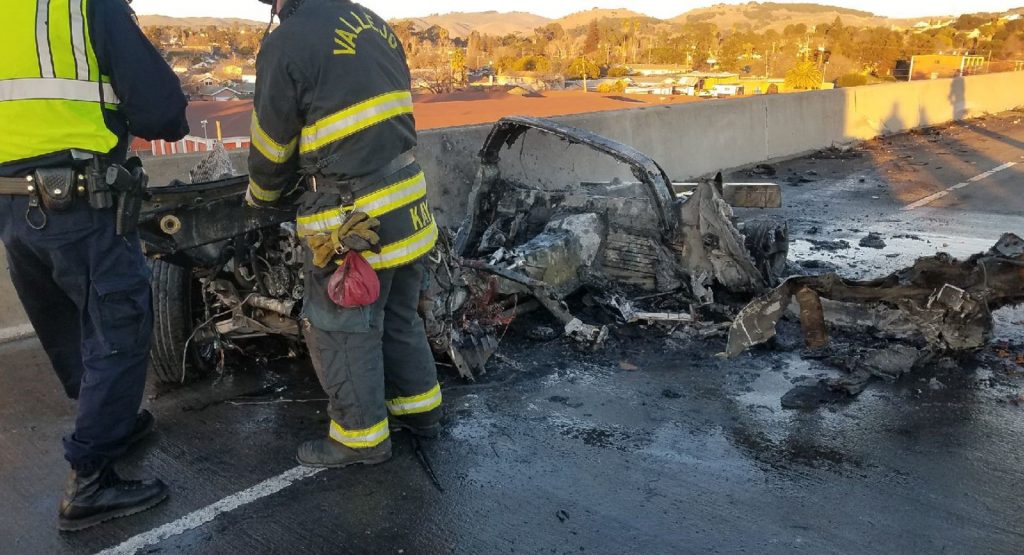 A C5 Corvette has been destroyed in California after crashing during an alleged street race.

The California Highway Patrol’s Salona Area took to Facebook to post images taken in the aftermath. They show that the Corvette was utterly destroyed and by the crash and the subsequent fire, with parts seen strewn across the road.

Authorities state that a 34-year-old male was driving the 1998 Corvette on State Route 37 westbound at over 120 mph (193 km/h) just prior to the crash. Eye-witnesses assert that he was racing another vehicle, thought to be a purple Dodge Charger. It is believed that as the Corvette approached State Route 29, its driver lost control and crashed into a concrete barrier on the side of the road. 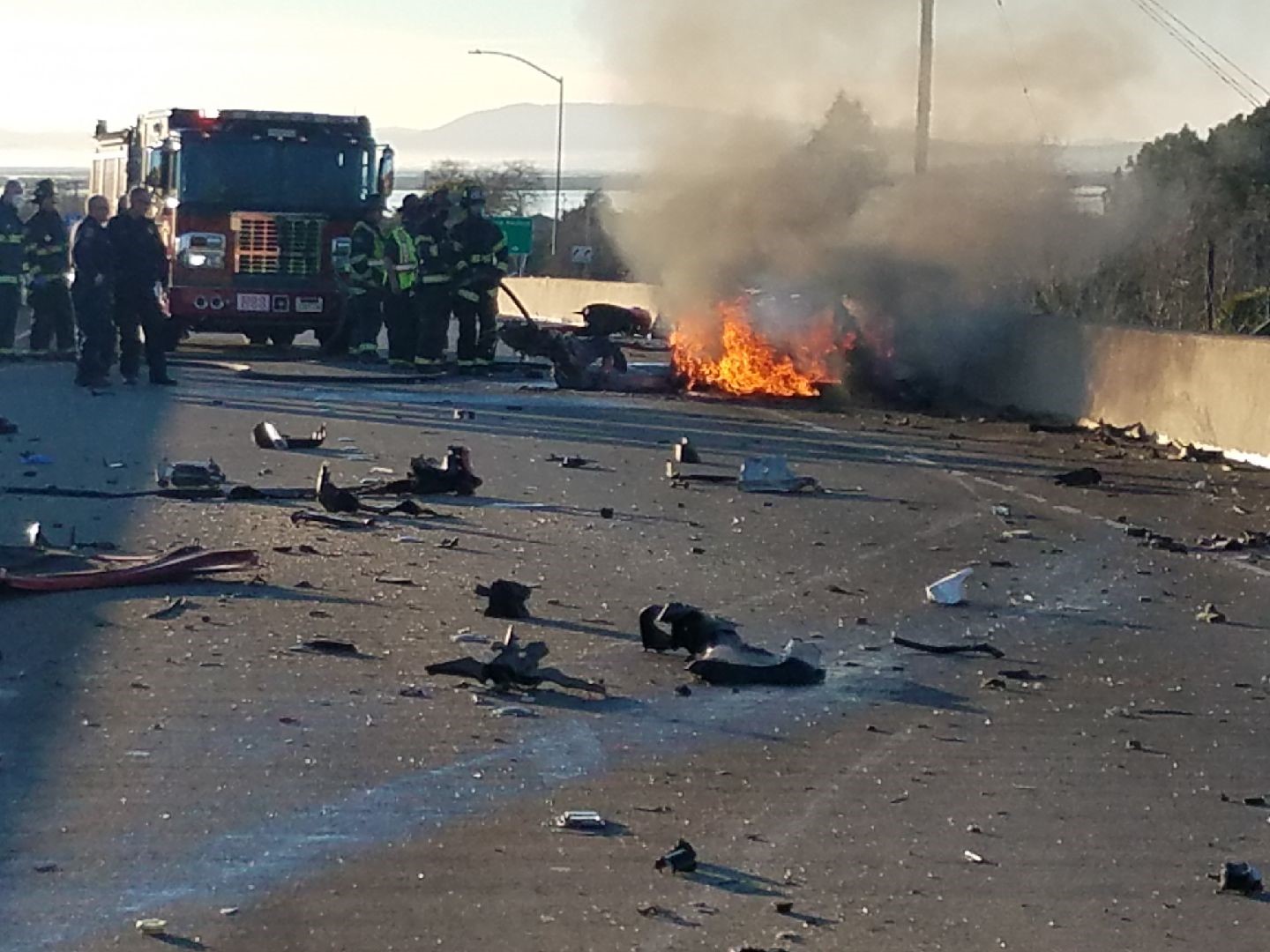 Shortly after hitting the barrier, the Corvette caught fire. The driver was removed from the vehicle and sustained major life-threatening injuries while the passenger received minor injuries. Both the driver and passenger were wearing seat belts at the time.

Police are still investigating the exact cause of the crash. It appears that the driver of the Dodge Charger left the scene.

It can’t be stressed enough that street racing can be extremely dangerous. One wrong move, something unexpected or a momentary lapse in concentration can have devastating effects not just on those involved but also their close family and friends. Whoever feels the need for speed should head to a drag strip or sign up for a track day, where they can have fun with their vehicle in a considerably safer manner.