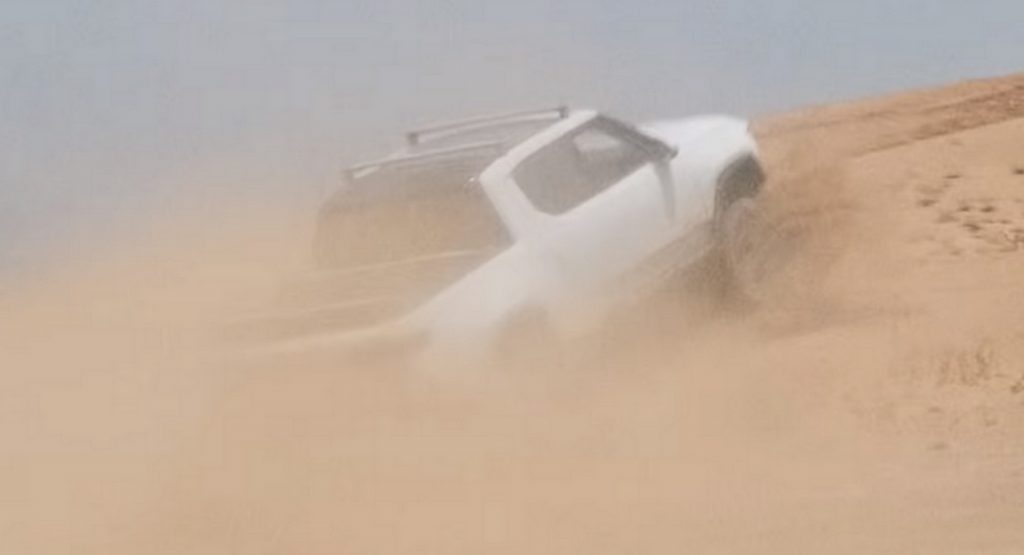 A huge road trip is a great way to do a lot of testing and in 2019, Rivian’s R1T pickup truck got the test of a lifetime, driving from Patagonia to LA. Now, they’ve revealed a little of what they learned from it.

The test was part of Ewan McGregor and Charlie Boorman’s latest installment in the Long Way series, “Long Way Up.” The pair took electric Harley-Davidson LiveWire motorcycles from the tip of South America all the way up to Los Angeles. The whole thing was filmed by the Rivians.

In many ways, it was the perfect job for the trucks, whose range of up to 400 miles (they don’t say exactly what range these particular models had) easily outpaces the smaller bike’s range of 146 miles. The trucks could easily follow the bikes and the issue of charging was mitigated by the bikes’ need to charge as well.

Also Read: Rivian Could Offer OEM Vinyl Wraps For The R1T And R1S

But Rivian has yet to start delivering the production truck, thus, as the crew have previously admitted, these ones were a little “prototypey.” So the drive was as much a chance to show off the R1T’s capabilities as it was a chance to learn how to make it better.

In Rivian’s latest video, the R1T is reunited with “Long Way Up” producer, David Alexanian. The Rivian team shows Alexanian exactly what it has achieved in the year between the 13,000-mile drive and the reunion.

Immediately, Alexanian notices that the R1T’s build quality has improved. Indeed, according to the team, everything that you can, and everything you can’t, see has improved. That means that not only is the quality better, but the truck accelerates faster and is stiffer.

The damage done by the Patagonia to LA trip directly informed Rivian’s decision to beef up the front-end structure. Not only does that make the truck more durable, it also stiffens the whole thing up.

Alexanian also reports on the features he loved the most. The cubby between the cab and the bed was apparently very useful as was the frunk, as keeping camera gear as clear of sand as possible was no doubt enormously important.