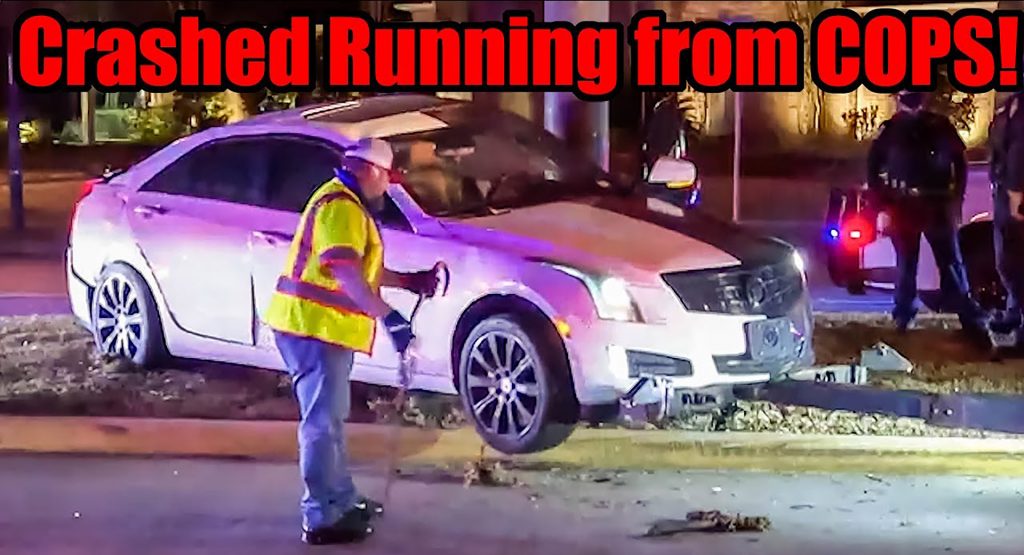 A few days ago, Texas Infamous organized a car meet at the At Home parking lot off I-10 in Dallas, Texas. For a while, it went as most car meets normally do. However, after some excessive revving and burnouts, the police were called to the scene, and that was when everything started to go downhill.

In the video below, at around the 7 minute 50 second mark, you can see the exact moment the police start to arrive, as there is a flood of people going back to their cars, followed by the sights and sounds of police lights and sirens.

According to investigators, one of the meet’s attendants, driving a Cadillac ATS, struck a police car while trying to get away. The deputy in the patrol unit tried to get the driver to stop and pull over, but he refused, leading the deputy on a car chase.

The street racing task force responded to a intersection takeover at Fry & I10 by illegal street racers. We attempted a stop but the car fled. They pursued & the driver crashed & was taken into custody on felony evading charges. He was transported by ambulance w/ minor injuries pic.twitter.com/RHdAnx4s3K

The Texas Department of Public Safety assisted with the chase by helicopter and was able to stay with the fleeing driver until he crashed out near Kingsland Boulevard and Houghton Road. The driver, who deputies said was only 18 years old, was taken to a nearby hospital with minor injuries and faces several charges.

According to the Harris County Sheriff’s Office, the reason for the call was that the meet’s participants were putting customers in danger by performing their actions while the store was still open.

However, Texas Infamous took to Instagram to defend themselves, saying that “Texas Infamous does not, has not, and will not approve of any swinging, burnouts, donuts, take overs, public racing at any Texas Infamous event or gathering since we established ourselves as a car group.”

They then went on to say that the police and the media were giving inaccurate reports about the event: “However, we do not tolerate Houston’s finest and news outlets feeding the public false information just to scare or gain attention. Nobody was doing any donuts and the minute somebody did try to attempt burning tire tread, Officers were on the scene. We appreciate HSCO’s efforts for helping everyone exit as safely as possible, but do not claim this meet as a ‘take over’ or ‘race meet’ just to make yourselves look high and mighty. That is false information.”