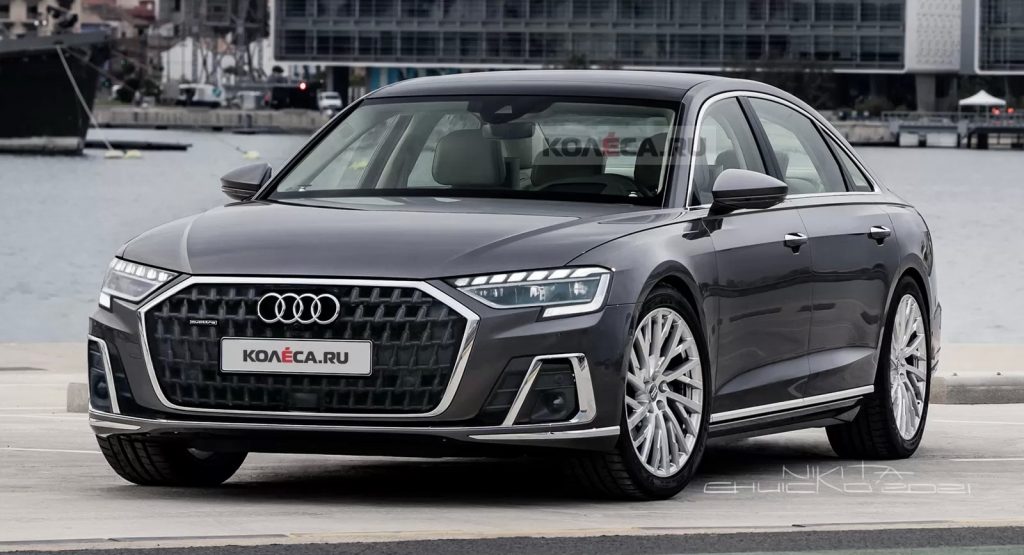 It seems like it was just yesterday that Audi was introducing us to their new fourth-generation A8 flagship. In reality, it was 2017 and the car didn’t really overwhelm anybody with its exterior design.

In fact, if it wasn’t for Audi and Marvel teaming up for an ad featuring the A8 and Tom Holland’s Peter Parker / Spider-Man, people back then would have probably paid attention to it even less. Of course, mechanically, the A8 remains a top-notch luxury saloon.

As seen in multiple spy images over these past few weeks, Audi’s is hard at work testing the facelifted version of the A8, which looks just like the current model, albeit with a slightly more aggressively-styled front fascia – and on that front, this render by Kolesa is a pretty accurate take on what we can expect from the final product.

Changes at the front are minimal but noticeable. The headlights are styled differently, featuring new graphics that resemble what we see on the latest-generation A3. The grille is also shaped differently (ever so slightly), and appears a little bit smaller overall. 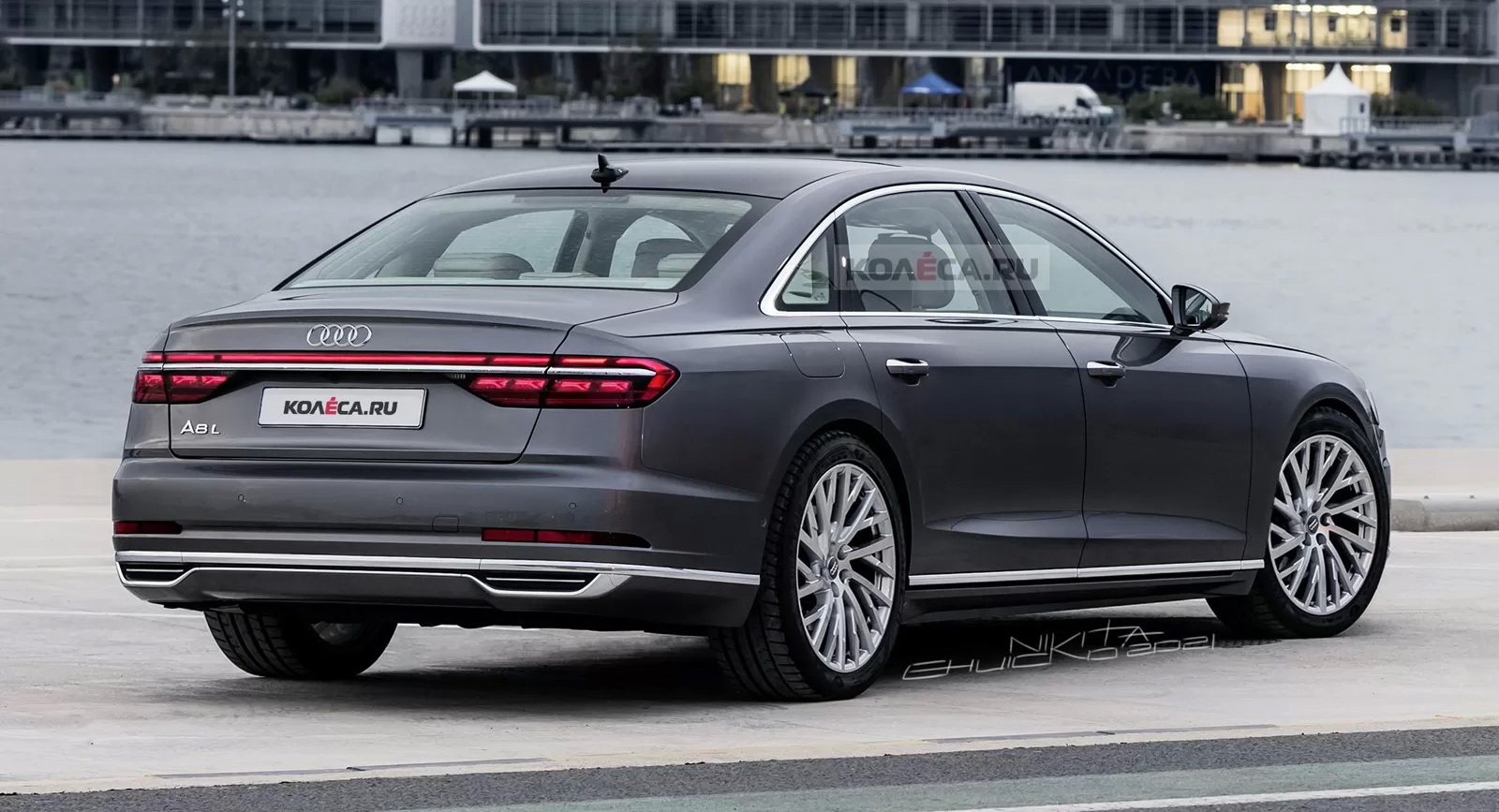 Aside from a new front bumper and possibly some tweaked side skirts, it’s a safe bet to assume that Audi will also fiddle with the taillights, even though prototypes have kept on their old units and this render doesn’t speculate anything on that front. We reckon the German carmaker will at least serve up some fresh graphics for the A8’s kaboose.

We do suspect that the S8 version will benefit the most from these small changes. A “tighter” front end aesthetic should help the super-sedan stand out, despite still looking relatively inconspicuous, even when compared to Audi’s own RS models.