This is the Steyr Konzept tractor and while it was first showcased in late 2019, it only recently came across our radar having received a 2020 Good Design Award.

While the Steyr Konzept is very much, well, a concept, it is intriguing as it is based around a modular hybrid electric drive system that includes a diesel engine, a generator, and five (yes, five) electric motors, all of which are individually controlled.

Four of the electric motors used by the Konzept are found in the wheel hubs and get their juice from a centrally-mounted battery pack. Steyr says that “this system results in highly efficient, electric continuously variable drive, with fewer moving parts – as the mechanical transmission and hydraulic components have been eliminated – to deliver optimal energy flow with reduced power losses.” 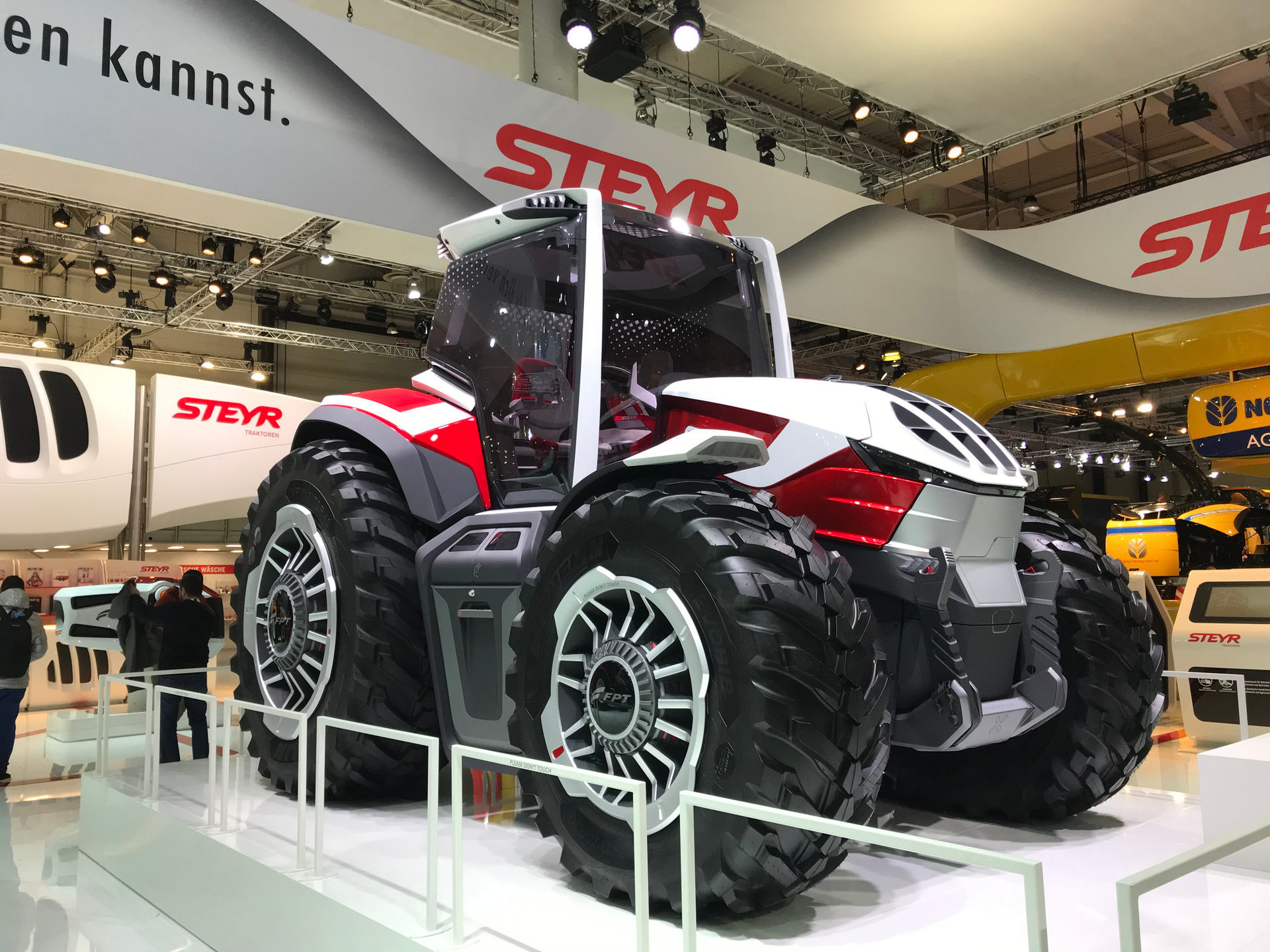 The complex hybrid system can also recover and store energy when traveling downhill and the tractor can be easily charged through a standard socket. The use of electric motors in each of the four wheels also means the vehicle can send power precisely where it is needed, which is perfect for slippery farm tracks and grassy fields. Steyr also created the concept with a pure electric mode.

The tractor concept was named the recipient of a Good Design Award due to the creative yet practical thinking that went into its creation. This award also recognizes the Konzept’s technologies, including its innovative hybrid powertrain that isn’t just efficient but also compact.

Other intriguing technologies include a drone equipped with crop sensors that flies ahead of the vehicle during field work and transmitting data back to the cabin in real-time, as well as a Head-Up Display and an integrated display in the right-hand window.