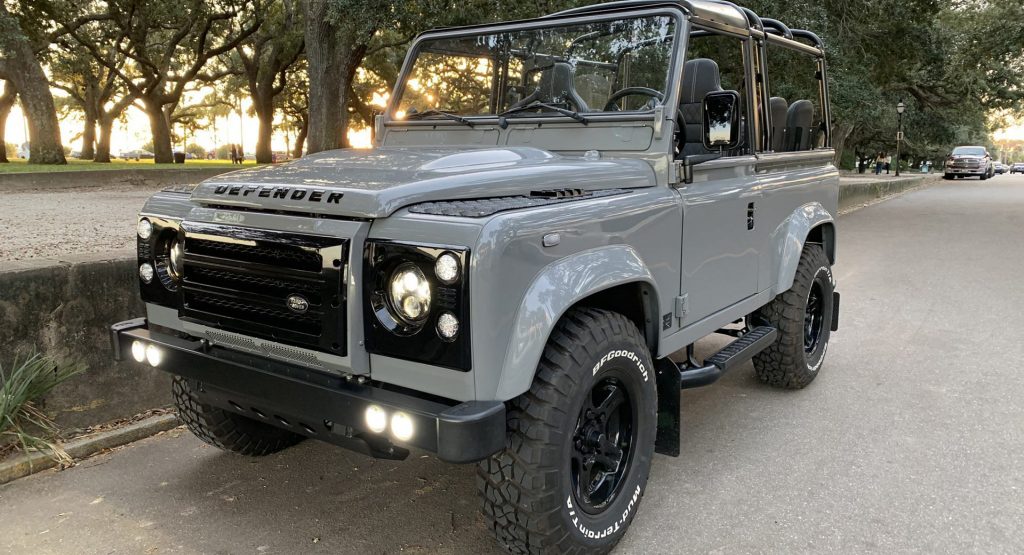 The new Land Rover Defender may be loaded with all kinds of trick technology to make off-roading easier than ever before, but there’s something about the older models that make them even more appealing.

This particular example is one of the finest we’ve seen on the used car market. Listed up for auction on Bring A Trailer, it is a 1992 model and is being sold with records of its comprehensive refurbishment, import documents, and a clean South Carolina title in the seller’s name. 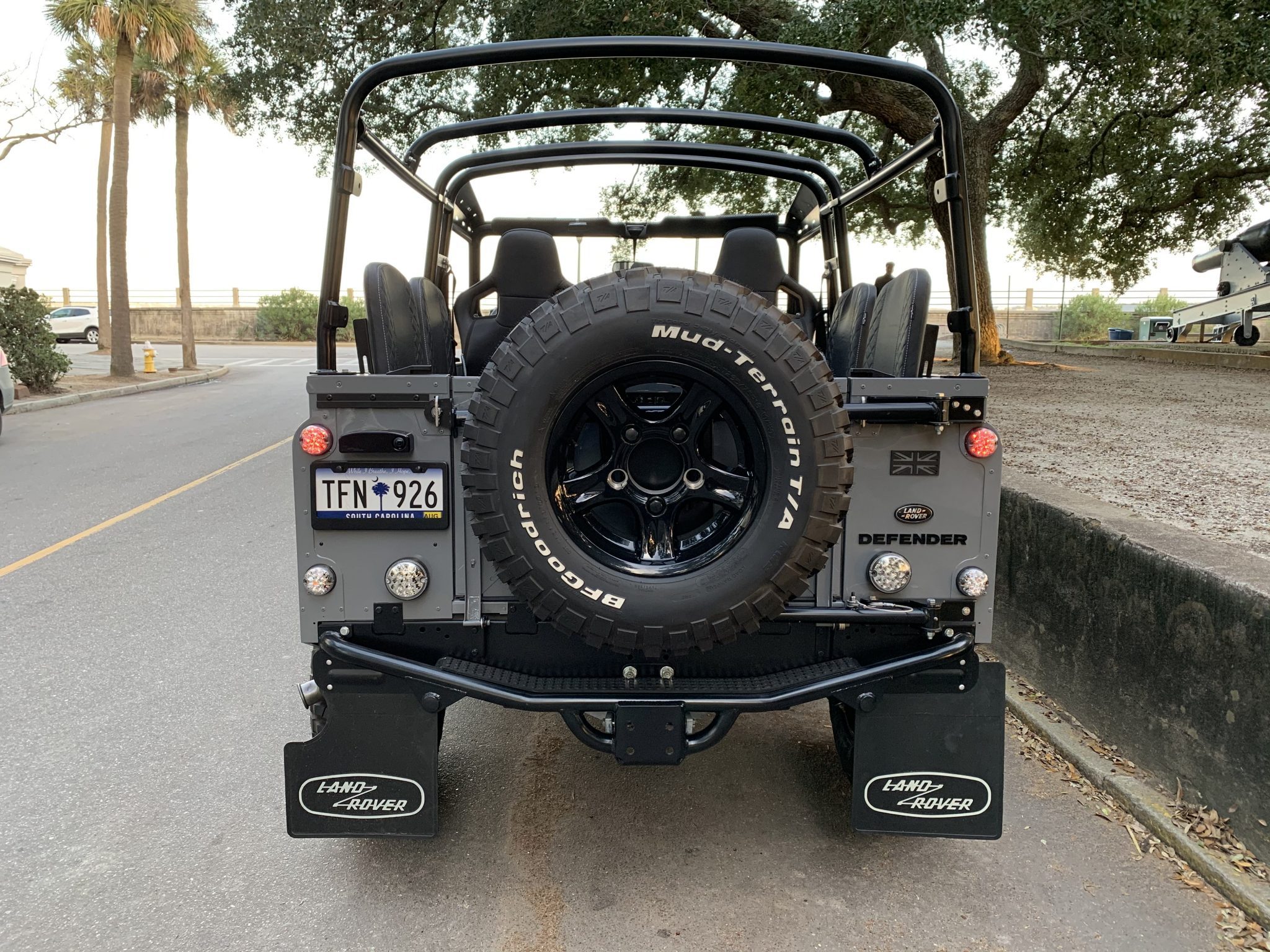 As part of the refurbishment made to the Defender, it received a new hood, doors, and tailgate while also being refinished in Nardo Grey with matching wheel arches. Other key additions include a black soft top with roll-up sides, LED lighting, side steps, black badging, checker plating on the front wings, and Land Rover-branded mud flaps at all four corners.

Further adding to the appeal of the off-roader are black 16-inch Nemesis alloy wheels shod in 265/75 BFGoodrich Mud-Terrain T/A tires with white lettering. A steering damper and Bilstein shocks have also been also fitted.

Having lived out its formative years in the UK, the SUV has since been converted to left-hand drive and rocks a set of heated Corbeau front seats and four inward-facing rear jump seats. Power comes from is a 2.5-liter turbodiesel four-cylinder that had its timing belt, tensioner, injection pump, oil pan, and thermostat replaced in September.

At the time of writing, it had attracted a highest bid of $92,000. Given that the all-new, 2021MY Defender starts at $47,450 and tops out at $81,850, this might seem a little steep. Then again, refurbished old Defenders usually go for high prices, which demonstrate their desirability – and this one is no exception.