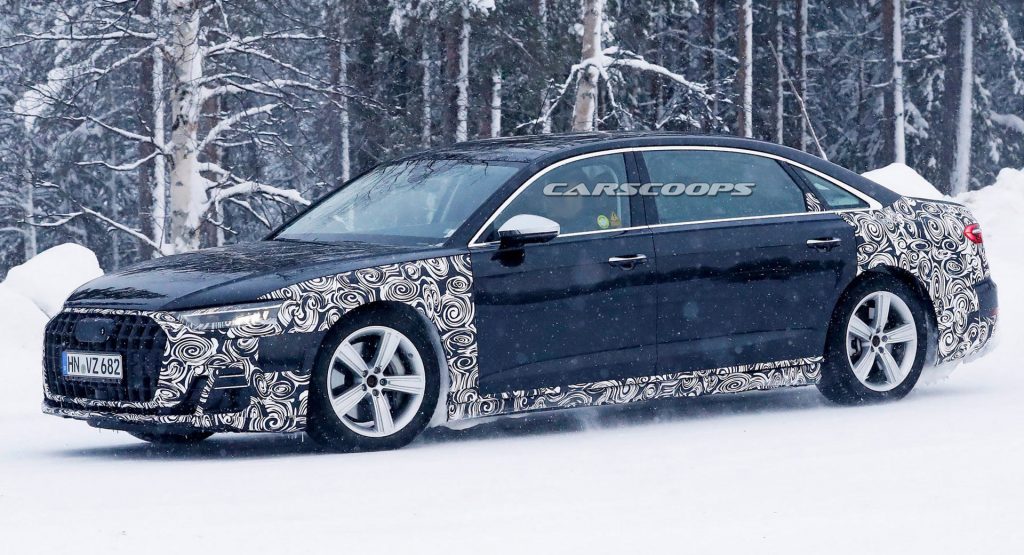 Daimler’s decision to revive Maybach initially proved disastrous, but a change in strategy has resulted in success as the Mercedes-Maybach GLS and S-Class have been a hit with buyers.

This has left the competition envious and rumors about an ultra-luxury Audi A8 Horch have been swirling for years. The model was officially confirmed at the automaker’s 2019 annual general meeting, when they announced an “expansion of the A8 model family to include a new, especially luxurious and prestigious derivative.”

Fast forward to today and spy photographers might have gotten a glimpse of the upcoming sedan. While that’s just speculation, the prototype is based on the long-wheelbase A8 and features an odd piece of camouflage on the rear window trim. It could be covering an “H” badge, which indicates this is the ultra-luxury A8 Horch. 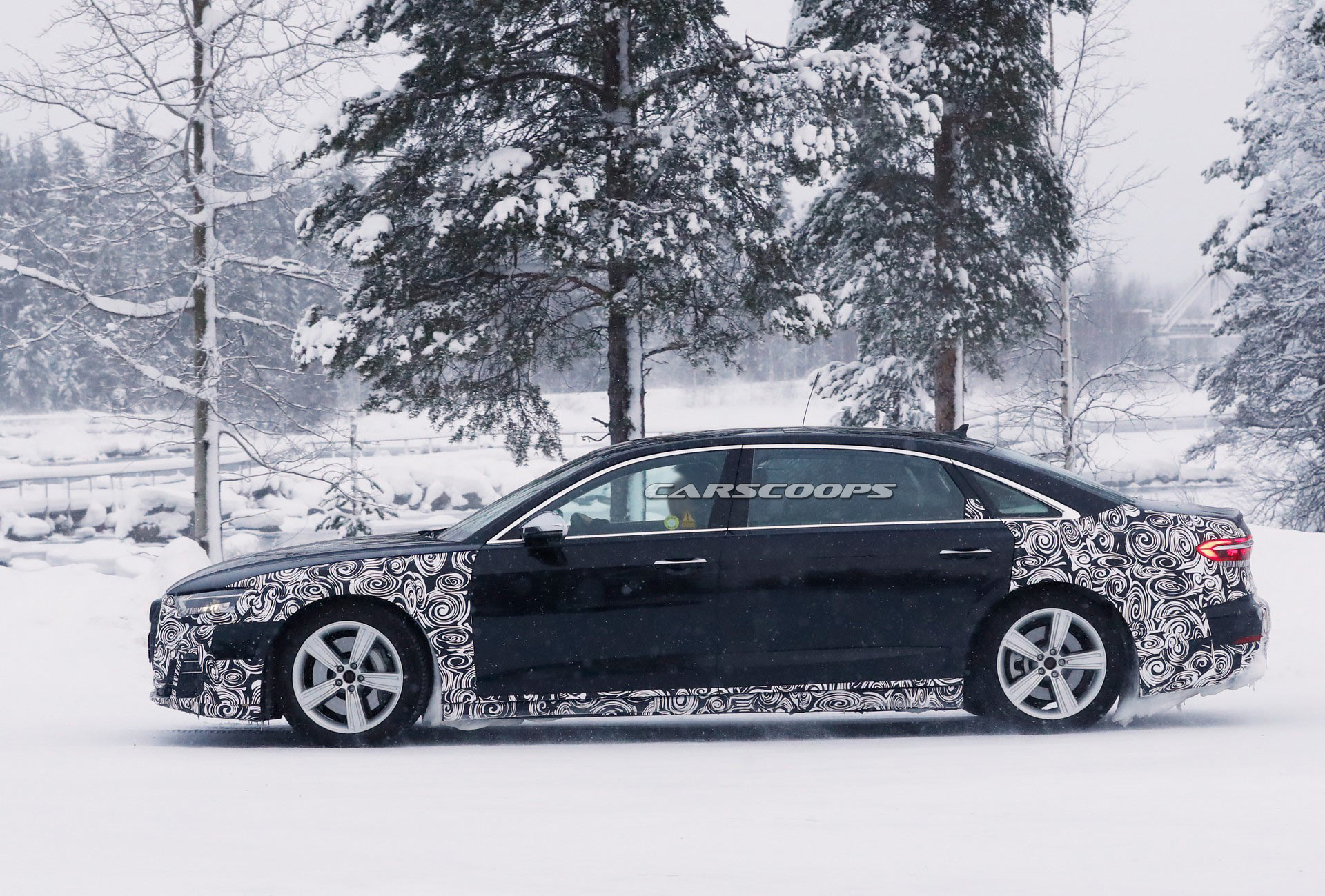 That seems like a bit of reach, but none of the previous A8 or S8 prototypes have featured camouflaged window trim and reports had suggested the ultra-luxury variant would have a Horch badge around the C-pillar. Those same reports also suggested the car could have unique wheels and it appears this particular prototype has a revised grille as well.

While the model isn’t expected to grow in size, the A8 Horch is slated to have a luxurious interior. Little is known about it at this point, but we can expect premium leather and additional wood trim.

The model should cater to rear seat passengers, so we wouldn’t be surprised to find a full-length center console as well as two individual rear seats with heating, ventilation and massage functions. The car could also come equipped with a tablet, rear foot rests and rear seat entertainment system. 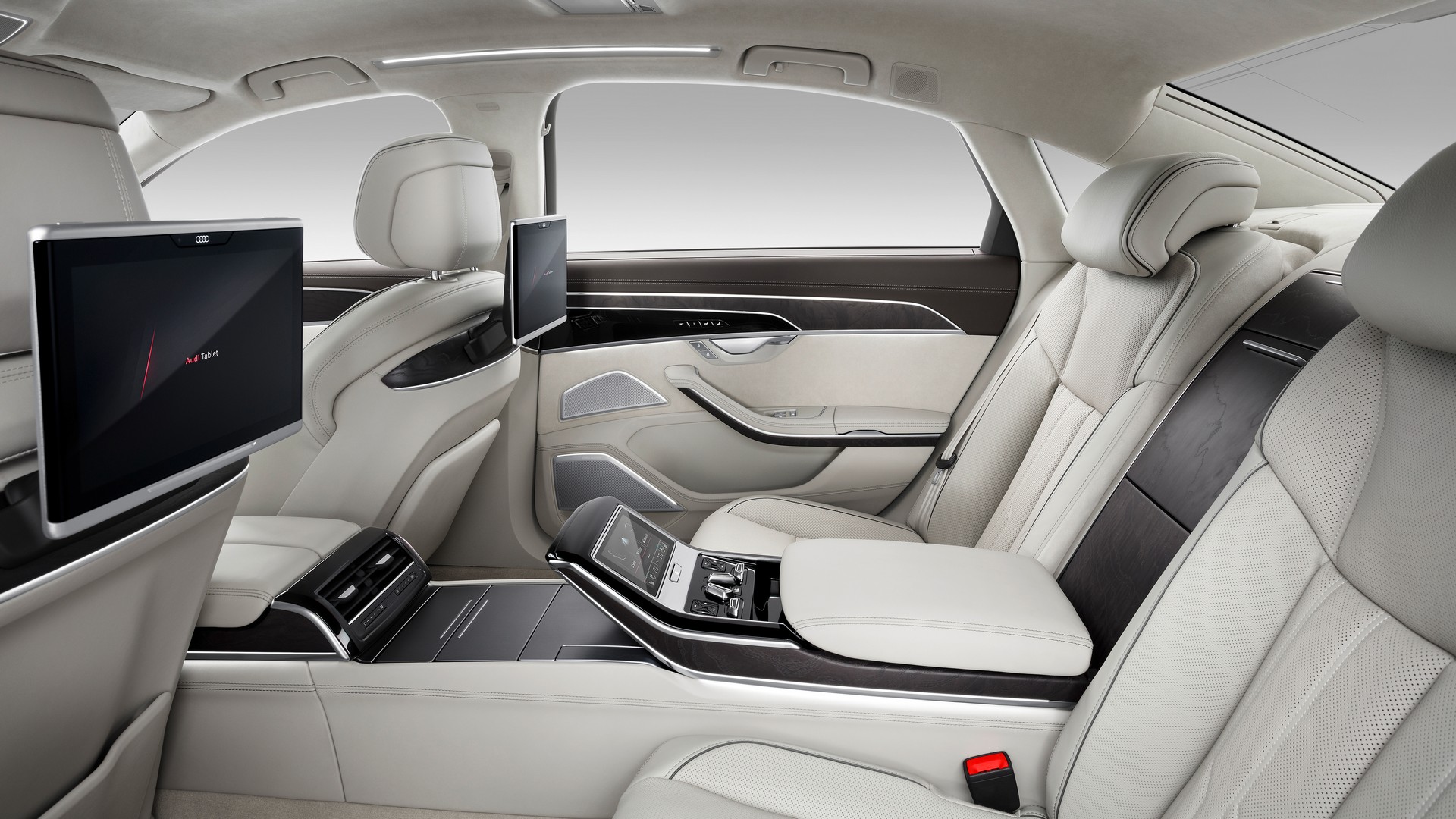 Engine options remain unconfirmed, but reports have suggested the A8 Horch will have a twin-turbo W12. The engine will likely be borrowed from the Bentley Flying Spur, where it produces 626 hp (467 kW / 635 PS) and 664 lb-ft (900 Nm) of torque.

The A8 Horch is expect to debut late this year, around the same time as the facelifted A8 and S8.