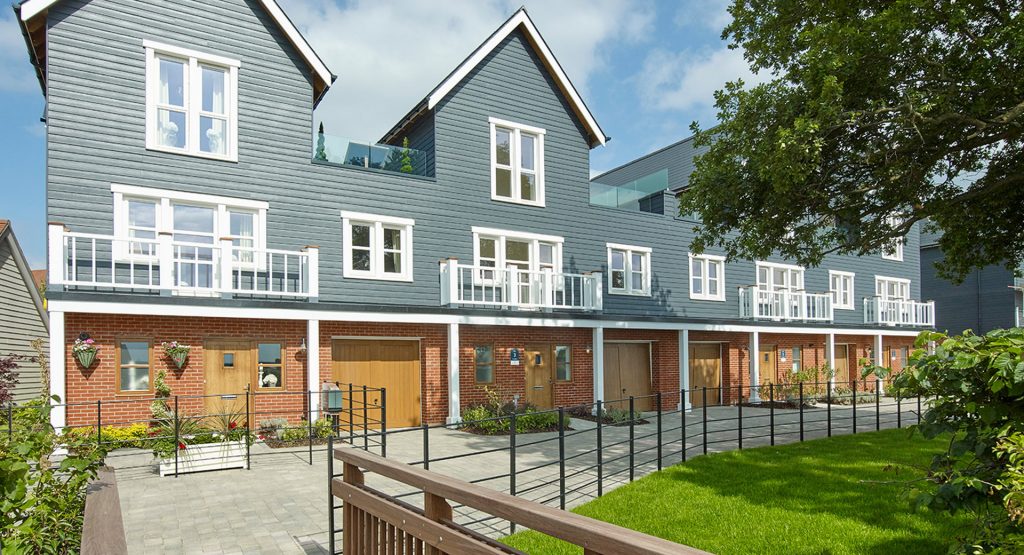 Chelmsford Garden Village, a housing development near London, is preparing itself for a future with autonomous cars by removing the driveways from its homes.

Or, at least, that’s what they’re planning to do eventually. The homes will be built with driveways, but there’s a plan in place to take them away if and when autonomous technology is ready.

The Chelmsford Garden Village is selling itself as “future-proof” and, according to its spatial planning manager Jeremy Potter, it will “take the street back for people.”

The plan, essentially, to store all the village’s cars at a lot on the edge of the village. If you want to go out, just summon your autonomous car and off you go. If this all sounds a little idealistic, according to Potter, it’s actually just economical.

“If you’ve only got a certain amount of space, you want to maximize it for things that are really useful,” Potter told The Sunday Times. “A car is only useful for a person when they’re using it. The rest of the time, it’s just taking up space on the road or drive, which could be reimagined for trees, play space.”

The driveways, at a given point in the future, will apparently by turned into community gardens and other shared spaces.

With construction of the home expected to finish in the late 2020s, it’s not totally unreasonable to assume that autonomous “summon” functions will be ready for something like this.

Already Teslas have their valet modes and even Volkswagen offers a little autonomous driving with the Passats. Admittedly, though, they’re anything but perfect.

While a village may not actually be that much bigger than a big airport, there will presumably be a lot of bicycles and children on the road, which could pose a challenge.

If all the streets are new, though, the village may not need level 5 autonomous capability to work. Whether or not people will want to wait 10 minutes before they can leave, though, is another question.

Still, if the cars are electric, the parking lot could easily double as a mass charging station requiring no little to no input from the owner. Either way, it will be interesting to see if this really does become the village of the future.