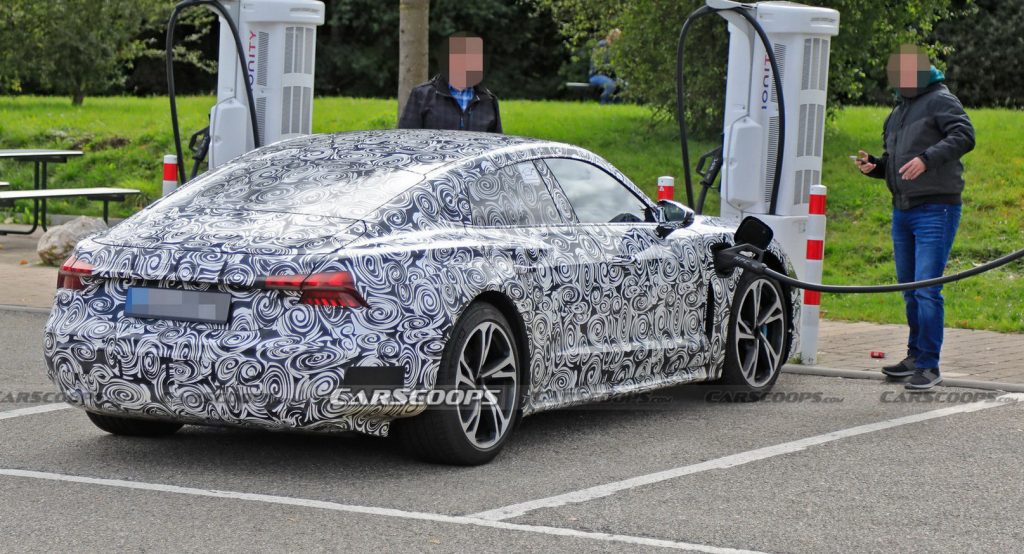 Audi’s RS e-tron GT has been spotted again, this time at a charging station replenishing its battery.

We’ve seen prototypes of the electric performance saloon roaming around, but this is the first instance we’ve seen of it at a charging station. The station in question is from Ionity, one of Europe’s leading charging station providers.

The benefit of these stations is that they provide a charging rate of up to 300kW, and we expect the RS e-tron GT to be taking advantage of that. For comparison, Tesla’s range-topping v3 Superchargers can output as much as 250 kW, and the maximum the Model S can accept is 200 kW. The Porsche Taycan can already charge at 270 kW, and Audi says the RS e-tron GT will be able to handle up to 350 kW.

Also: Watch And Hear The 2021 Audi E-Tron GT During Testing 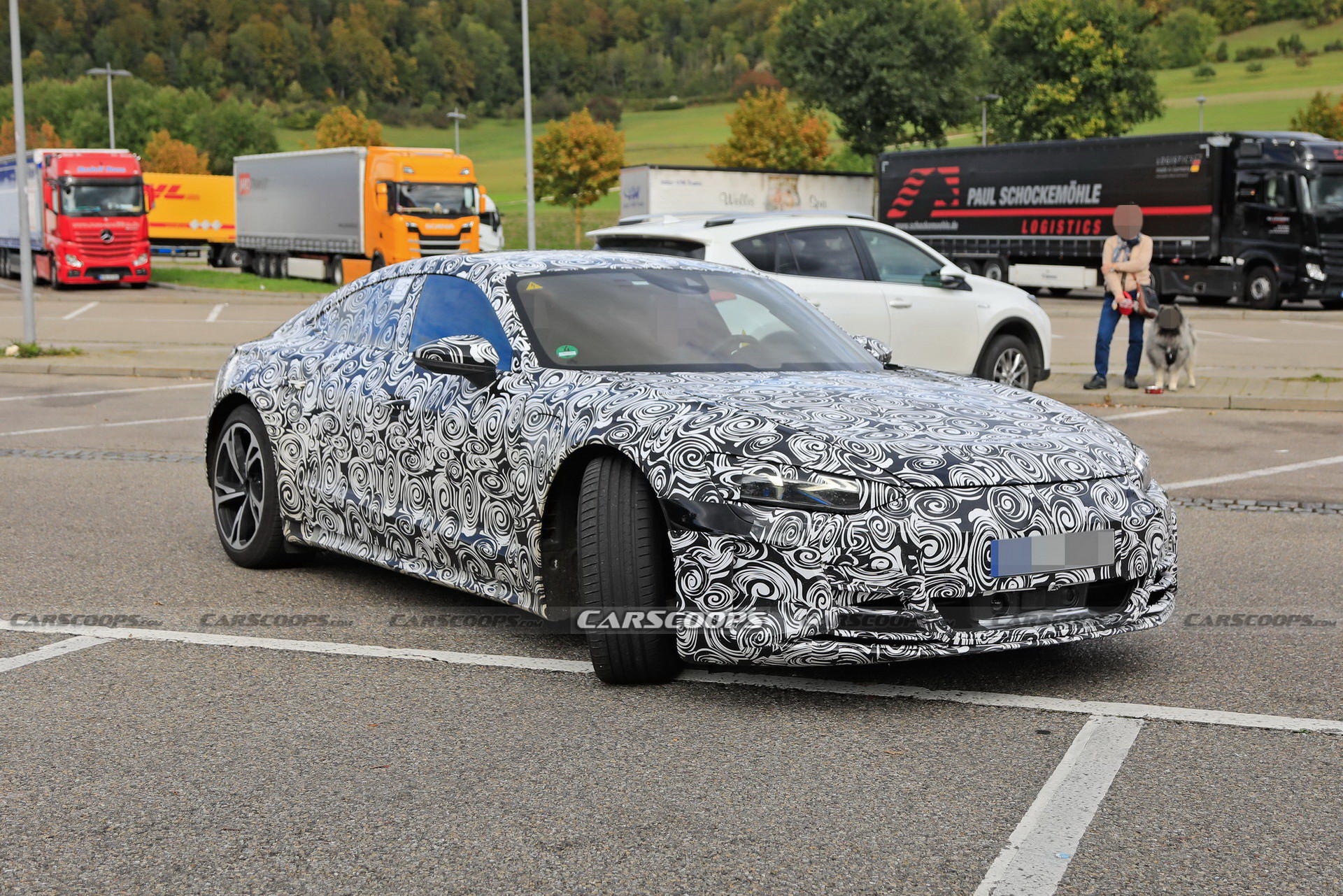 The RS e-tron GT shares its underpinnings with the Taycan Turbo S, and as such, it has a similar drivetrain. It makes 589 hp (598 PS / 439 kW) and 612 lb-ft (830 Nm) of torque from two electric motors, although 637 hp (646 PS / 475 kW) is available with the overboost function. This means the RS e-tron GT will make a little less power than its Taycan sibling, but it makes sense considering the VW Group wouldn’t, in all likelihood, want to make the Audi faster than the more upmarket Porsche . Keep in mind, though, that these are preliminary numbers provided for the pre-production prototype. 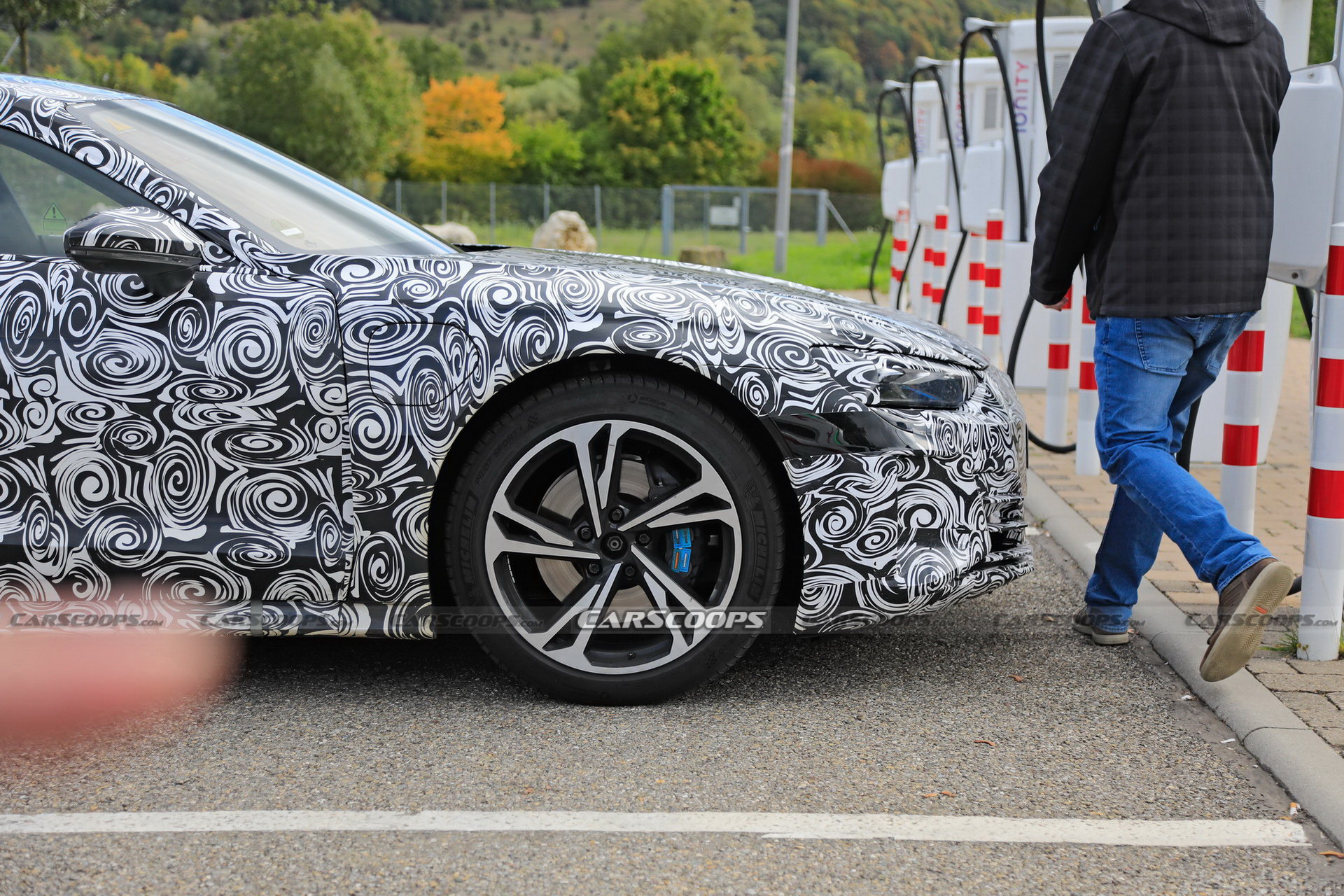 Audi has begun series production of the upcoming e-tron GT and RS models at their Neckarsulm factory, and says that the car is the first Audi to go into series production so quickly, which started on time despite the COVID-19 pandemic.