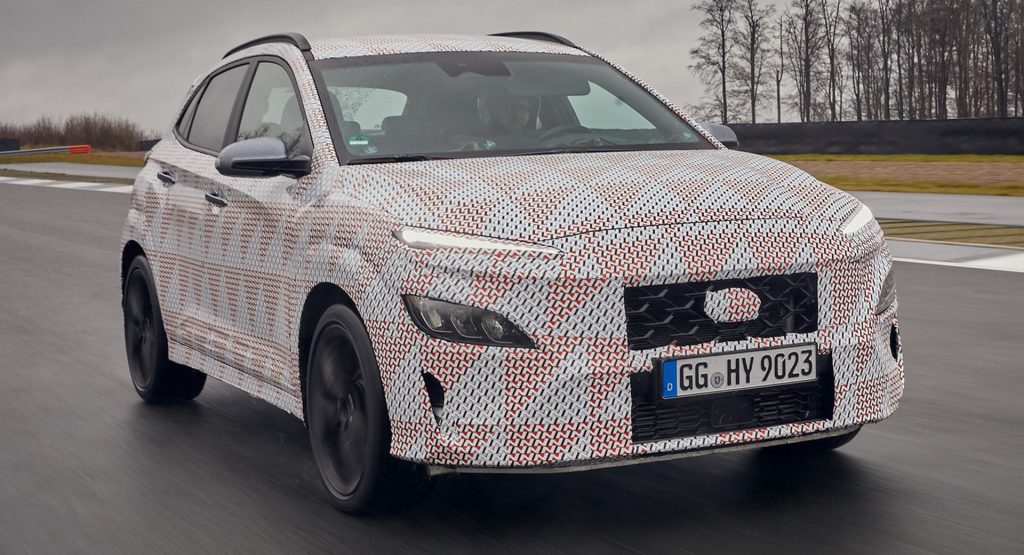 Hyundai has confirmed that the 2021 Kona N is coming to the United States.

A clip recently shared on Hyundai’s social media was released alongside the news. Not only is the sporty crossover shown on the track but it also lines up against a Veloster N at the traffic lights before being loaded up with some groceries. It is also shown sliding around a gravel road and on a camping trip. Clearly, Hyundai is keen to show just how well-rounded the Kona N will be.

The South Korean car manufacturer didn’t specify exactly when the Kona N will land in local dealerships, other than stating that it is “coming to the U.S. later this year.”

Hyundai has already confirmed that the Kona N will launch with a 2.0-liter turbocharged four-cylinder engine that could pump out up to 271 hp, putting it in a different league than the 187 hp Ford Puma ST. It will also be available with an eight-speed wet dual-clutch transmission, while it remains to be seen if it will be front- or all-wheel drive.

A host of visual updates will also be made to the Kona N to distinguish it from lesser versions. Spy shots, as well as this teaser video, showcase some alterations that have been made to the front fascia, including enlarged air intakes, while there are also extended side skirts, custom N wheels, and a prominent spoiler stretching off from the roof. The crossover will also feature a new bumper and sport dual tailpipes.