Audi’s A3 lineup never did use a full-blown quattro all-wheel drive, but a Haldex-based system as a byproduct of it being largely based on the Golf platform, and the new generation RS3 Sportback and RS3 Sedan are said to receive the VW Golf R’s 4Motion.

In the range-topping Golf R, the system uses torque vectoring and, apart from splitting the thrust between the front and rear axles, it also does the same between the left and right rear wheels for optimum grip and faster cornering. It also allows the hot hatch to perform controlled drifts with the dedicated Drift mode. 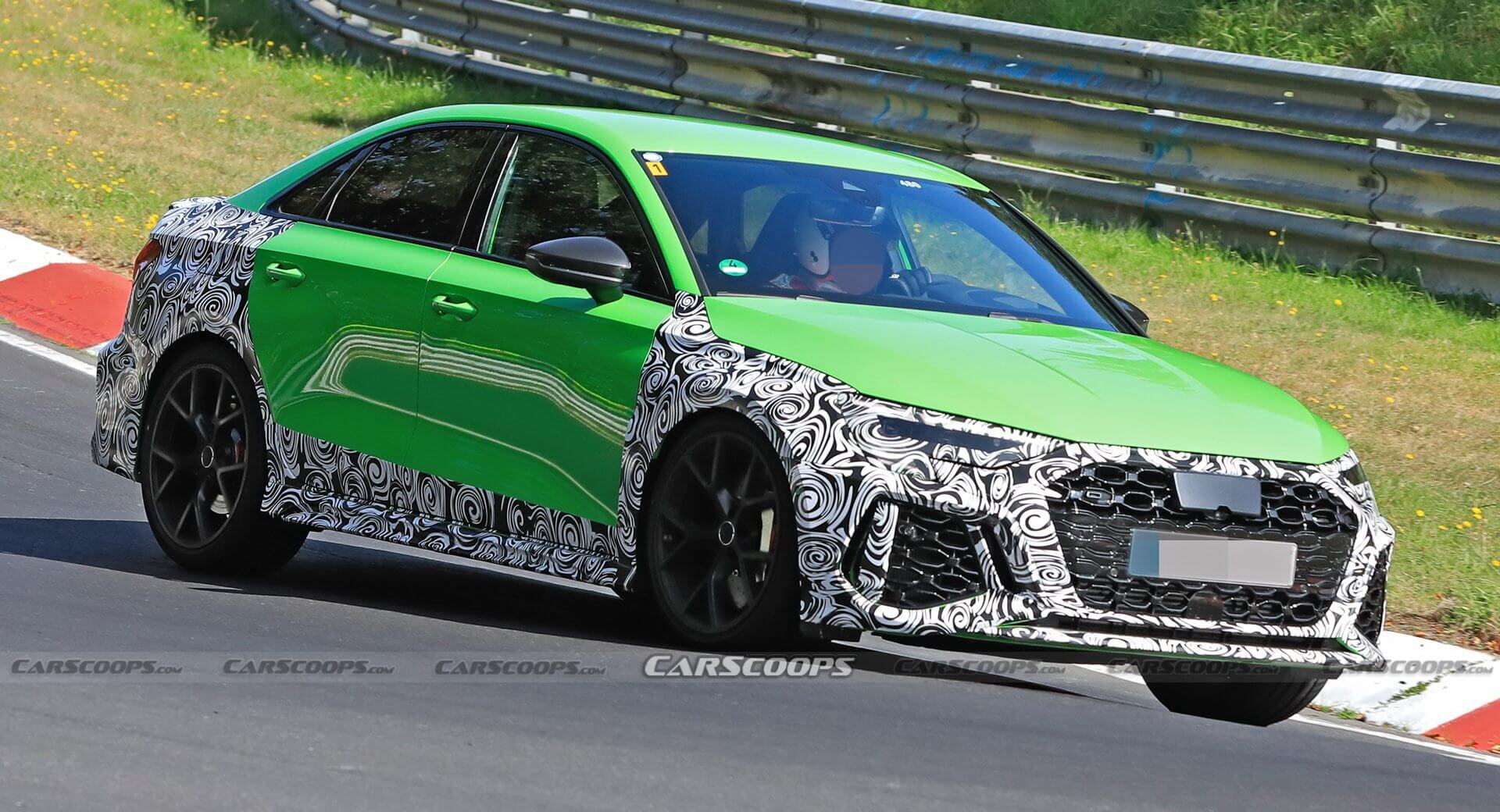 A seven-speed dual-clutch transmission will channel power to the wheels, and the setup is understood to slash a couple of tenths of a second from the 4.1-second 0 to 100 km/h (0-62 mph) sprint of the current RS3. Top speed should be electronically capped at 250 km/h (155 mph), but Audi Sport will reportedly lift it to 280 km/h (174 mph) as an option.

The new S3’s unveiling should take place this fall, and since the RS3 Sportback won’t make it Stateside, prospective U.S. buyers will have to make do with the RS3 Sedan.