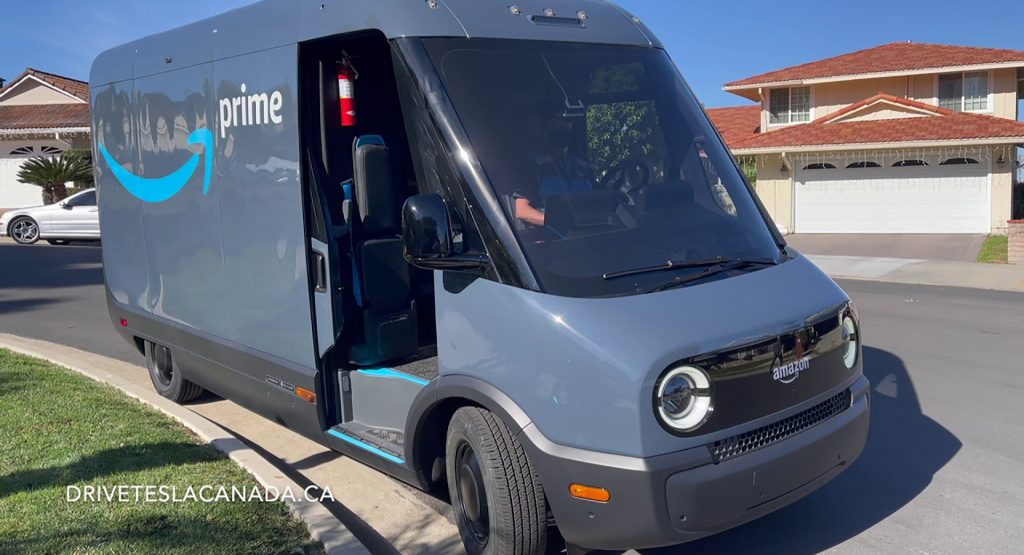 Ever since regulations started to require electric vehicles to make noise at low speed to alert pedestrians of their presence, manufacturers have had to come up with a solution to that.

Amazon’s new Rivian electric delivery vans are finally out testing on public roads, but they comply to that rule in a rather annoying way.

Rather than a low whir, or even a simulation of a gas engine, the van emits a loud sci-fi hum not too dissimilar to a certain THX intro sound.

Also, it doesn’t emit that noise only while driving, but when stopped as well, similar to a conventional engine’s idle. And while it does provide us with some sense of familiarity, it seems unlikely that people need to be alerted of a stationary van.

The van was spotted driving with a Rivian engineer at the wheel and an Amazon manager alongside him to test it out around Los Angeles, as reported by Jeffrey Chen to Drive Tesla Canada. Chen said that the sound was comparable in volume to a loud V6, and he was able to hear it from inside his home.

Read More: Rivian Raising More Funds That Could Value It At $25 Billion

On the bright side, the driver had some nice things to say about it, namely that it was easier to get in and out of than the Mercedes-Benz Sprinters that Amazon currently uses. Chen wasn’t able to figure out many more details, but as per Drive Tesla Canada, the Amazon manager revealed that the van is front-wheel drive and only aims to have enough range to complete a normal delivery route.

All in all, we can’t really complain, as it does do its job of making pedestrians aware of its presence, just not very pleasantly. Hopefully they can come up with a better solution in the future.