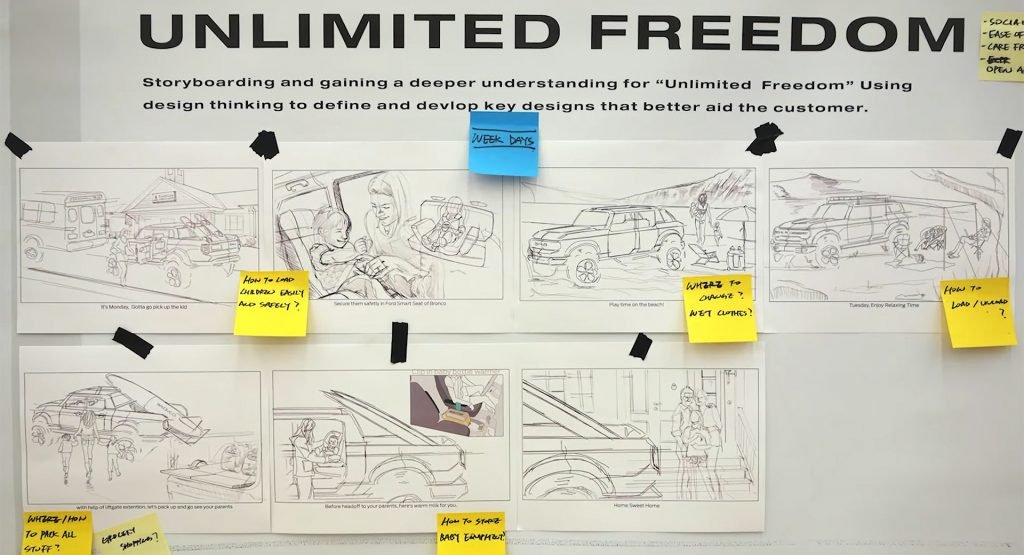 It’s no surprise that Ford released their Bronco to be a direct competitor to the Jeep Wrangler, so wanting to take a slice of the Gladiator’s sales as well would hardly be a surprise. That might just happen, and the evidence seems to come from Ford itself.

In a video released by Ford detailing the Bronco’s design process that was caught by Bronco6G, we see some sketches around the 2 minute mark that appear to show a Bronco with a pickup bed. Its quite easy to tell it’s a Bronco just by looking at the overall design, but if that’s not enough proof, the surfboard in the bed emblazoned with the word “Bronco” makes itself very apparent. 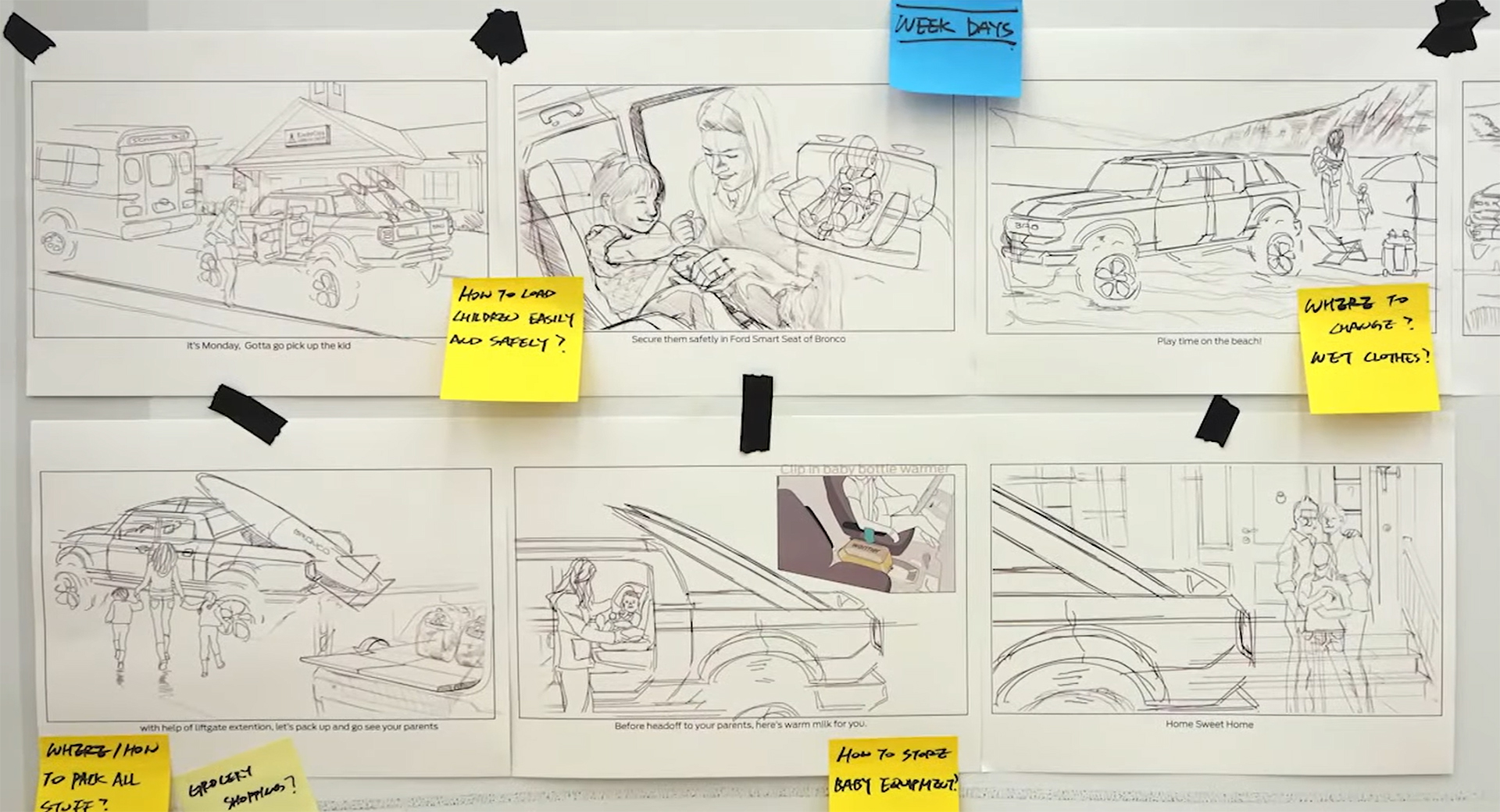 Even if it’s not an actual planned production model, it shows that a Bronco pickup is at least on Ford’s designers’ minds. Trucks, and especially ones capable off-road, are becoming more and more popular, so it would makes sense for Ford to have one down the pipeline.

This isn’t the first time we’ve heard about a Bronco pickup. According to a report by Automobile this past July, Ford wants to take the fight to the Jeep Gladiator with its own pickup. A pickup and SUV version of the Bronco would give them a full lineup of Jeep competitors, but there is one possible caveat. If Ford did decide to make a Bronco pickup, it might cannibalize sales of the Ranger and/or F-150 (and possibly the upcoming Maverick), so they would have to do a good enough job at making a totally different machine if they want to avoid that.

Read More: Here’s What A Bronco Sport-Based Ford Maverick Could Look Like

The report claims a Bronco pickup could be coming around mid-decade, which would still give the Gladiator some time to cement itself in the market. However, if we’ve learned anything with the regular Bronco, it’s that it does a great job at disrupting established segments. However, nothing has been confirmed yet, so only time will tell what’s to come.