The GR Yaris has been one of the most widely well-received new cars in recent memory. But the nature of homologation specials means that there’s extra power hiding under the hood for those brave enough to tap it.

That pushes the mighty homologation hatch up into Civic Type R territory. The bigger Honda can’t keep up in power or torque, making 305 hp and 295 lb-ft of torque.

The extra power is accessed thanks to, as you’d expect, a relatively simple chip tune. According to DTE, the tune uses optimized engine maps to increase performance. But this isn’t a dumb power map that sacrifices everything in the name of speed. 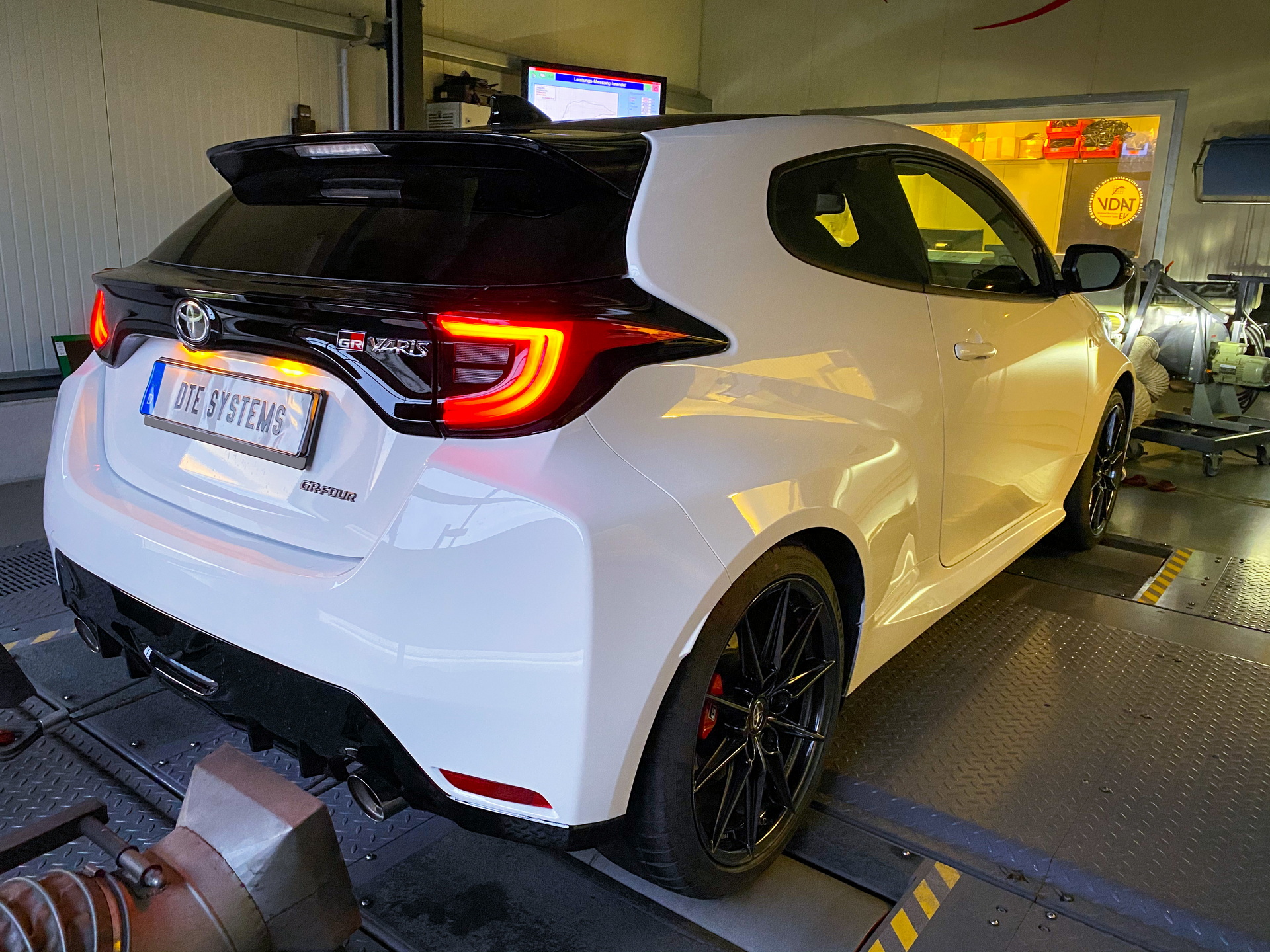 The tuner says its chiptune works in real time to make sure it’s running as well as possible. It also allows you to pick between Sport, Dynamic, and Efficiency programs. This means that not only can it give you more power, it can also help you sip fuel apparently improving fuel consumption by as much as 15%.

DTE will also sell you what it calls a “PedalBox” tune. It can be turned on with a button in the cabin and improves throttle response and makes acceleration feel better.

Although the tune might put the GR Yaris on equal footing with the Civic Type R in terms of power, the Toyota didn’t really need the help. Videos of the two racing (like the one right below) have already proven that the little three-cylinder is faster through the quarter mile than the Honda. For a small, three-cylinder hot hatch to take on, and beat, the current king of the segment, is definitely no small feat.