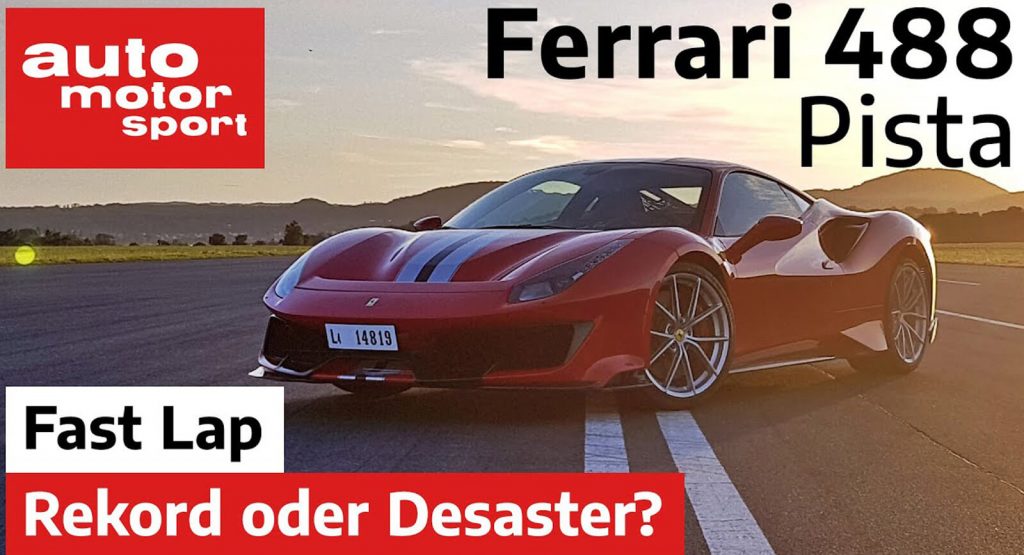 The Ferrari 488 Pista recently lapped the Mending track in Germany in a blistering 1:40.60.

The unofficial lap record set last month at the lesser-known racetrack by professional racing driver Christian Menzel places the 488 Pista 1.5 seconds ahead of the McLaren 720S, which completed the course in 1:42.10, and 1.7 seconds in front of the Porsche 911 GT2 RS, which did a 1:42.29.

Further down the chart we find the Komo-Tec Ariel Atom, Corvette C7 Luzifer by Tikt Performance, Lamborghini Huracan Performante, Mercedes-AMG GT R Pro and Lamborghini Aventador SV, in this order, with the latter posting a 1:44.81, according to AutoMotorUndSport. Other hot vehicles put through their paces on the Mendig include the AC Schnitzer’s BMW M5 F90, Audi R8 V10 Plus and Porsche 911 GT3 RS.

The 488 Pista used to hold the lap record at the Top Gear test track as well, with The Stig posting a 1:12.7 almost two years ago, half a second quicker than the Porsche 911 GT2 RS and a second faster than the McLaren 675LT. Last October, the Italian supercar lost the crown to another Ferrari, the SF90 Stradale, which proved to be 1.4 seconds faster.