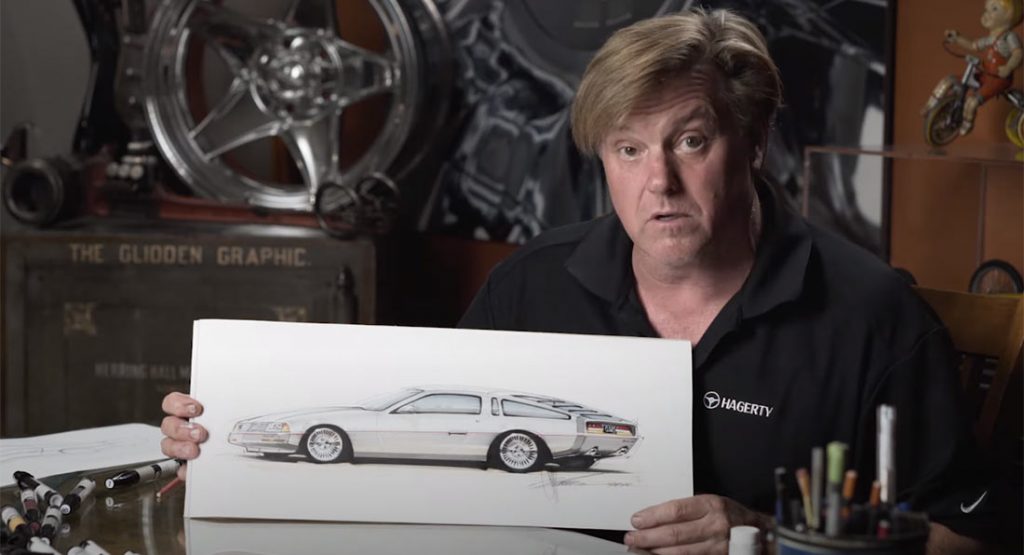 The DeLorean DMC-12 is one of the most iconic cars ever, and while many like its design just as it is, Chip Foose has tried to freshen it up and make it look a touch more modern.

In this clip, the latest in a collaboration with Hagerty, Foose creates a single sketch that provides a side-view of the car while also showcasing revised front and rear fascias. As a result, the proportions are a little odd, but that’s simply due to the fact that this single image showcases the side, front, and rear of the car.

Read Also: This Modern-Day Take On The DeLorean DMC-12 Is A Futuristic EV Wrapped In Stylish Stainless Steel

For the most part, the designer has kept the sides of the car largely the same as the standard model. Meanwhile, the front end has benefited from a number of quite significant alterations, the most obvious of which is the removal of the black section of the front bumper that’s been replaced with a bumper that’s color-matched to the rest of the car.

It is a similar story at the rear, where the black bumper has been replaced with a color-matched one. Foose has also created more prominent tailpipes, while also altering the taillights in favor of something a little more stylish.

According to Foose, the DeLorean DMC-12 looked old from the very moment it was released and questions whether it would have become the icon it is if it wasn’t for the Back to the Future franchise.