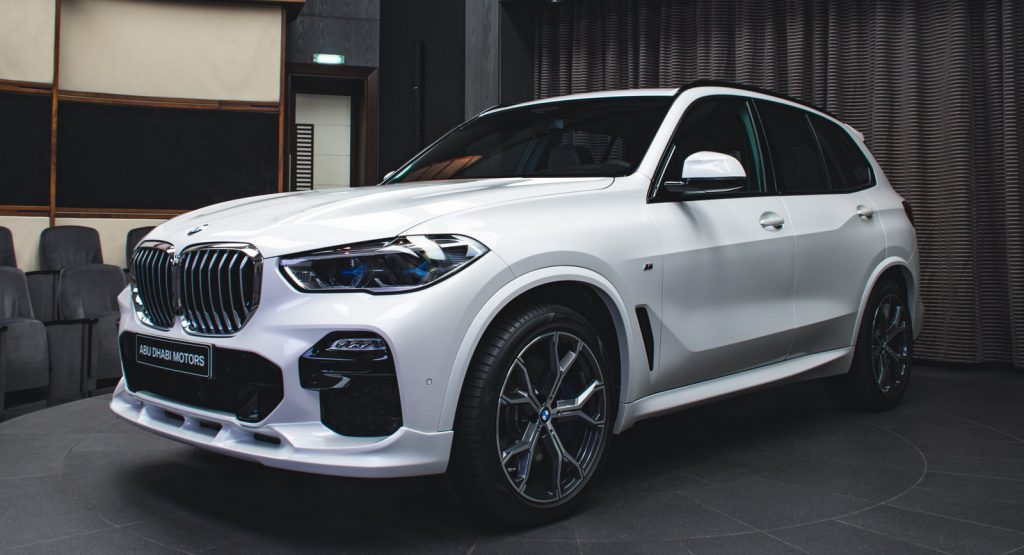 While BMW is already out testing the facelifted X5, we stumbled upon this sporty-looking Mineral White example equipped with the 3D Design Aerodynamic Package.

The SUV has been on display at BMW Abu Dhabi and it’s an xDrive40i, which means power comes from a 3.0-liter TwinPower Turbo inline-six paired to the carmaker’s xDrive all-wheel drive system.

Visually, the 3D Design kit in question only adds a custom lower front spoiler and a rear roof spoiler, so overall changes to the SUV’s appearance are kept to a minimum.

Apart from the Mineral White paint (a $550 option in U.S.) and 21-inch M Y-spoke bi-color wheels ($950), this X5 also features a Coffee interior mixed with BMW’s Brown-Metallic Ash Grain Wood trim – a bit darker than the upholstery but still a good pairing.

This is a pretty well specified SUV, as we can also see a panoramic roof, rear seat entertainment, head-up display and quite a lot more.

As an xDrive40i, this X5 is still entry-level by BMW’s performance and pricing standards. A 2021 model costs upwards of $61,700 in the U.S., with the previously-mentioned turbocharged inline-six producing 335 HP, which is good for a 0-60 in 5.3 seconds.