For those who feel their Mercedes-Benz S-Class isn’t luxurious or exclusive enough, there are many coachbuilders out there that have you covered. In the case of the two classics below, those coachbuilders would be Straman and Caro, and each one did an excellent job at their respective conversions.

The convertible, built by Straman, is based on a 1986 560 SEC coupe. The car has lived its whole life as a convertible, having been ordered and completed by Straman when new. Mercedes never built a convertible variant of the 560 SEC, which only makes this car extra unique. It’s finished in an elegant combination of Diamond Blue Metallic paint over a Palomino leather interior. Power is provided by a 5.5-liter V8 making 238 hp (241 PS / 177 kW) that’s mated to a four-speed automatic transmission. 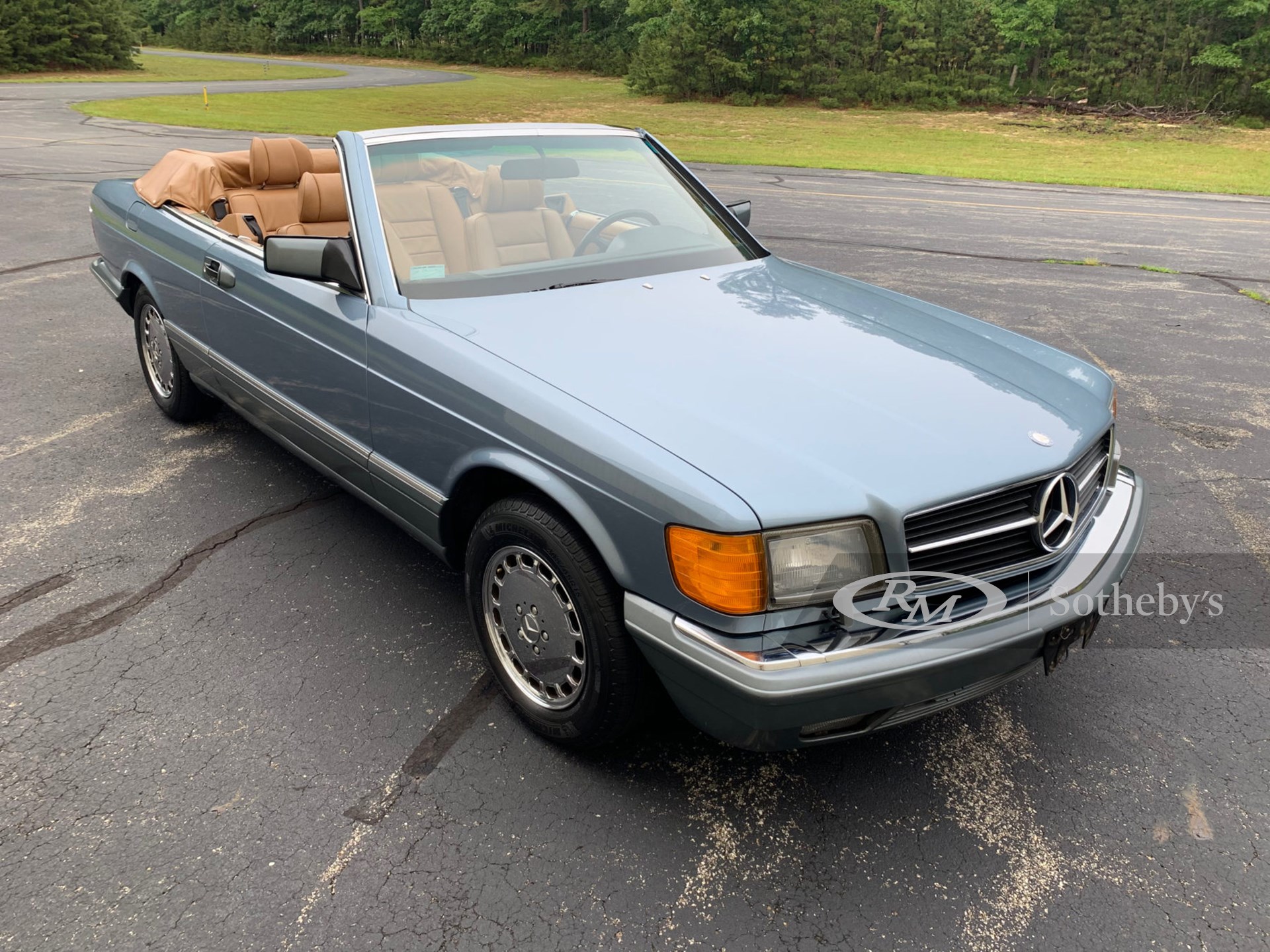 The most obvious change from the donor car is its convertible top in place of a fixed top, which is finished in a matching Palomino cloth and features power operation and a quick-snap secured cover. It’s worth noting that Straman went so far as to strengthen the chassis to make up for the rigidity loss due to the removal of the roof. On top of the the already-steep sticker price that this car originally commanded, this conversion cost its original owner upwards of an estimated $115,000.

Said to have been owned by just one family until 2018, this 560 SEC convertible is going up for auction at RM Sotheby’s with just under 30,000 miles (48,280 km) on the odometer. It comes with one extra master key, as well as the original owner’s manuals, tool kit, maintenance book with vehicle data card, spare tire, car cover, and jack. 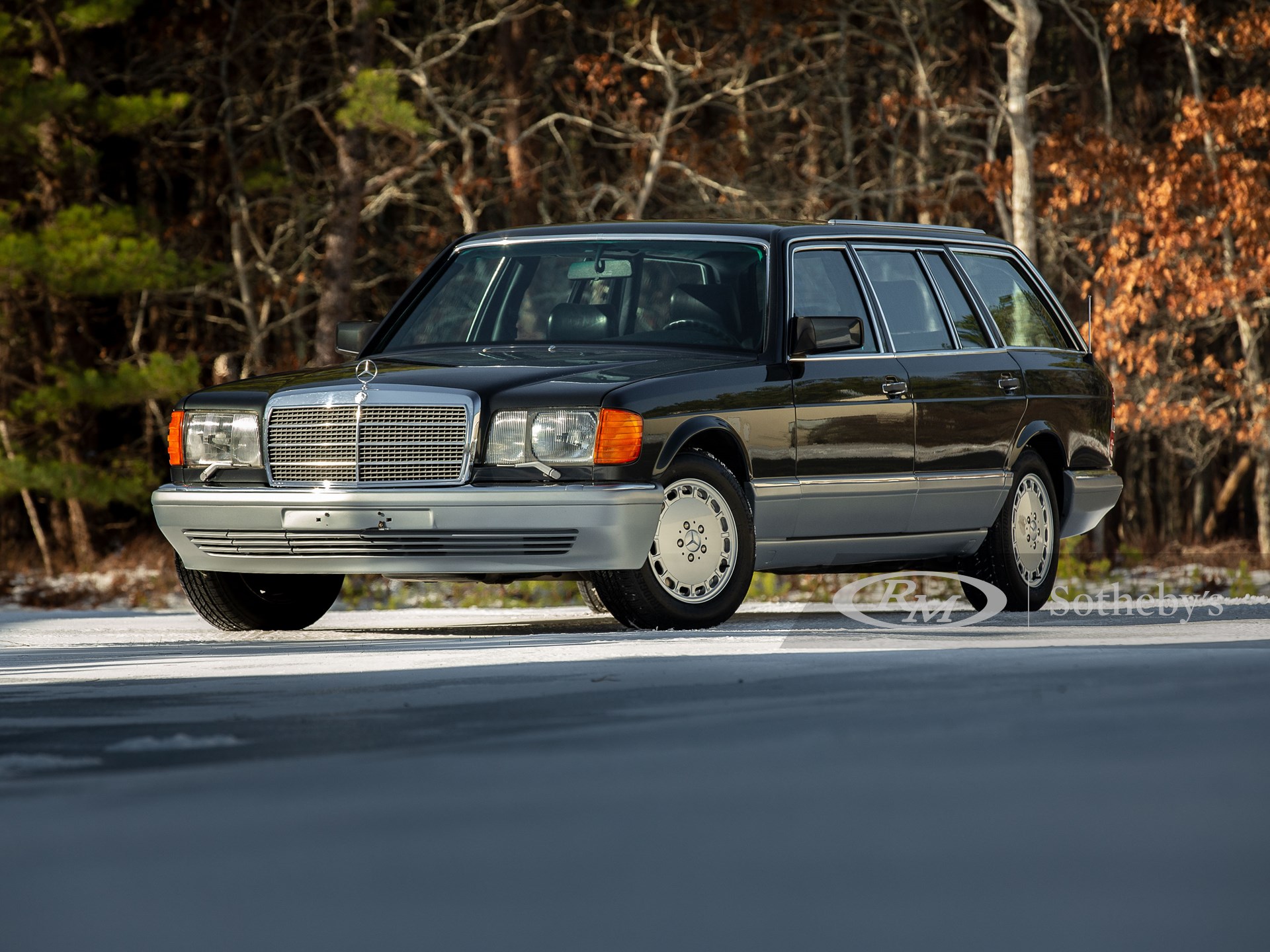 The estate, built by Caro, is based on a 1990 Euro-spec 560 SEL. Like the convertible, Mercedes also never built an S-Class wagon, so the bodywork used to make the rear end was completely unique. Finished in a stately Pearl Black Metallic over a black leather interior, it is powered by a 5.5-liter V8 engine making 300 hp (304 PS / 223 kW), coupled to a four-speed automatic transmission 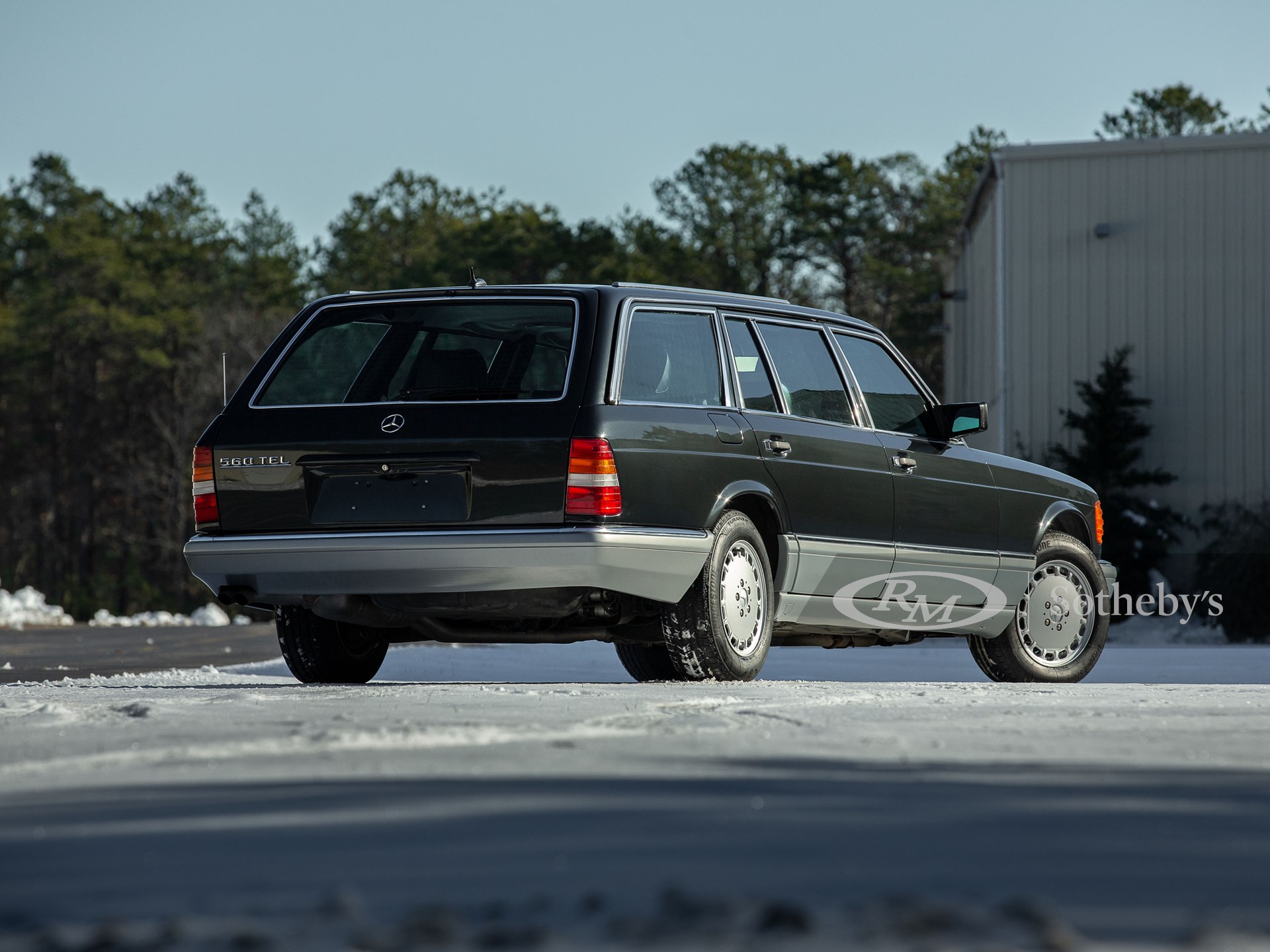 The conversion was not as simple as you’d think. The immediate choice for a rear end graft would likely seem to be the W124 estate (from which the TEL gets its taillights and rear deck), but its rear windows were too small to fit on the S-Class, so each of the 560 TEL’s rear windows are custom, scaled-up versions. Additionally, the TEL’s roofline, C-pillars, and rear quarter panels were all carefully altered to maintain the car’s lines and and remain concistent with the rest of the styling. The total cost of this car, accounting for its sticker price plus the cost of the conversion, was over $211,000.

Which of these two do you like the best? Let us know in the comments.