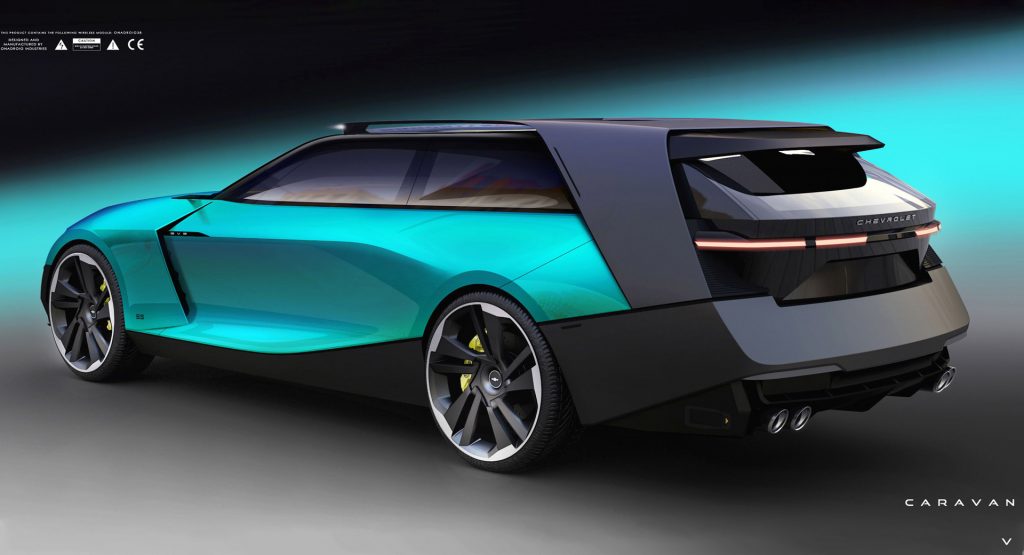 Not to be confused with the popular Dodge Caravan, this concept wagon was created by designer Giordano Vittorini during his time as an intern at GM back in 2016.

Vittorini said that working at GM was a great opportunity for him, and after that year, he went on to work on other projects as a freelance designer for companies like Dreamworks and Universal Studios, eventually landing himself his current job at AppliedEV.

Read: This Restomod Is A Corvette Disguised As A 1957 Chevrolet Nomad

His concept draws inspiration from Chevy’s Opala of the 1960s and 1970s, which was a Brazilian-market vehicle that was available as a sedan, coupe, or a “Caravan” wagon. As for its name, it was speculated to come from the stone opal, or that it was a portmanteau of GM subsidiary Opel and the Chevy Impala. However, GM claimed that this was not their intention, as the name was chosen by a journalist as part of a competition simply because it sounded nice. The Opala had a successful run before it eventually went out of production in 1992.

Vittorini chose this car as his project since his father had owned two Opalas and he had “no words to express the passion.” He then decided that with all the extra time he had in this past rollercoaster of a year, he would dig up his Opala homage and freshen it up. And freshen it up he did, as he was able to create 3D versions of his Caravan concept and release it as his take on a modern Chevy wagon.

The design is clearly an estate, but with muscular proportions, much like the original Opala Caravan. It also features quad exhaust tips, huge wheels and brakes, as well as side fender vents to highlight its sporting intentions. Vittorini says his mission was to “bring the passion of a classic car to a modern concept​​​​​​​,” and we think he did exactly that.

Note: The renderings were created by Giordano Vittorini and are not related to or endorsed by GM