A few months after the Hyperion XP-1 was previewed with a host of official photos, a camouflaged prototype of the car has been pictured out and about during recent tests in Las Vegas.

The startup is remaining quite coy on certain details about the powertrain but claims the car can hit 60 mph (96 km/h) in less than 2.2 seconds and top out at beyond 221 mph (356 km/h), incredible figures for any performance car, particularly one powered by hydrogen. What’s even more remarkable are claims the car will have a range of 1,016 miles (1,635 km) and can be refueled in less than five minutes. 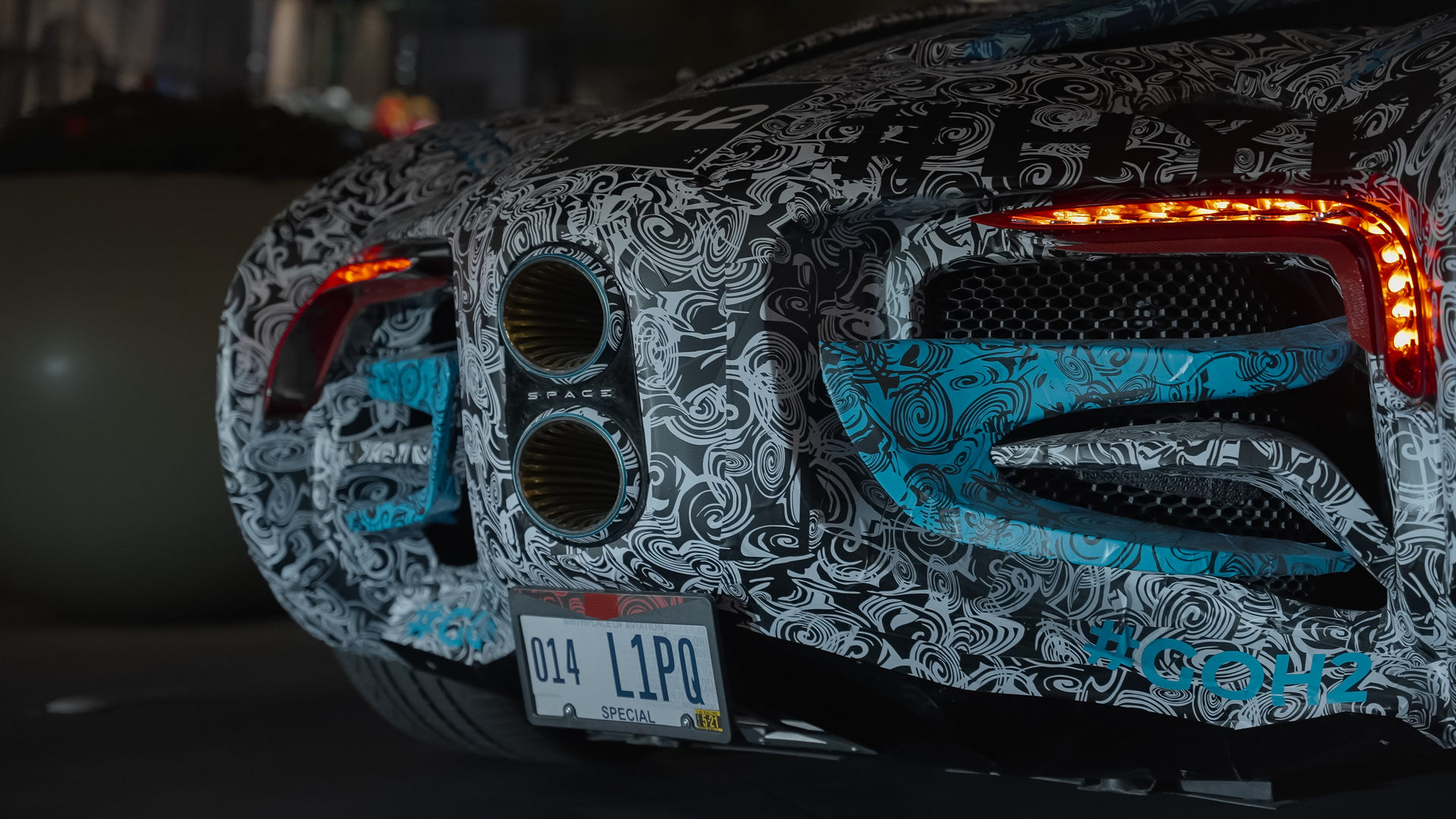 In these photos, the XP-1 may look quite large and beefy but thanks to its carbon titanium monocoque and lightweight bodywork, it’s said to weigh less than 2,275 lbs (1,032 kg).

The exterior design of the XP-1 looks like something out of a sci-fi film rather than a car that will actually hit the production line. There are intriguing V-wing doors, a wrap-around glass canopy, and active aerodynamic blades along the sides that are said to improve cornering.

Hyperion intends on starting production of the car in 2022 and plans to build just 300 examples. Pricing details remain under wraps.