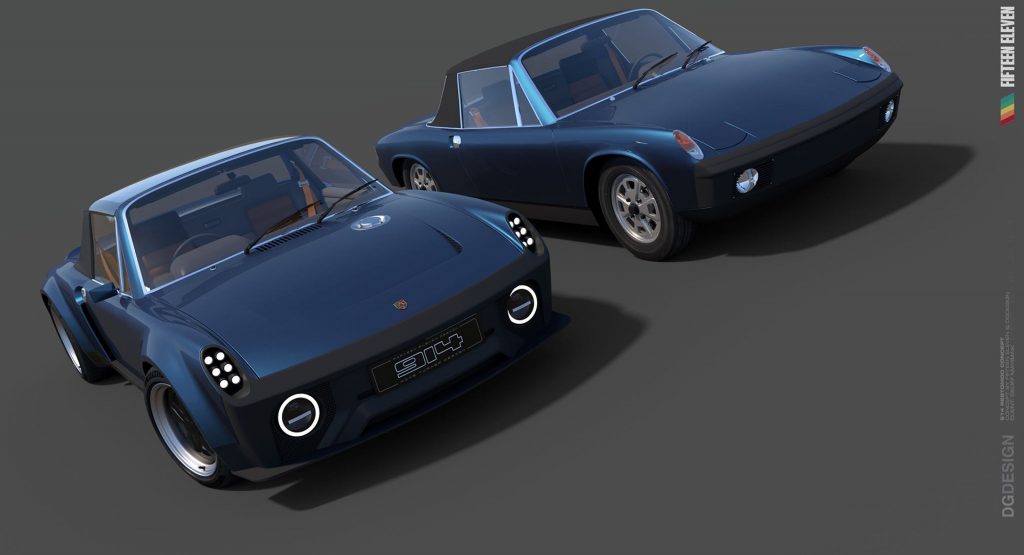 Classic car specialist and design studio Fifteen Eleven Design is developing their take on Porsche’s 914 from the 1970s, giving it a modern makeover both in terms of styling and mechanicals.

The Derbyshire-based company is the classic division of Mellors Elliot Motorsport, an engineering outfit that created the Proton Iriz WRC rally car. Some of the work they’ve done on classics includes a Mk1 Ford Escort Speedster, a fully restored 1962 Maserati 3500 GT, and a race-spec 1966 Jaguar E-Type.

Read More: This Porsche 914/6 Is A 993-Powered Hot Rod That Will Steal Your Heart

Right now, the project is still in the early stages of development, but some renderings provided by the company give us an idea of what we can expect. The design seems to remain true to the original 914, the only major changes being the LED lighting and widened carbon fiber body.

Power is provided by the 3.4-liter flat-six engine found in the 987 Cayman S. There’s been no confirmation on power figures, but the standard engine produces 291 hp (295 PS / 217 kW) and 251 lb-ft (340 Nm) of torque, a massive step up from the original 914’s engine. Additionally, the car includes performance-oriented suspension and brake systems also taken from modern Porsches, and like the Cayman it shares it parts with, the 914 homage will send its power to the rear wheels with a six-speed manual gearbox.

Going back to the exterior, the new 914 comes with Fuchs-style 18-inch alloy wheels, larger vents for increased cooling, and the aforementioned headlight design inspired by Porsche’s famous 935 ‘Moby Dick’ race car. It also includes a transparent targa top and an active ducktail-style rear spoiler that raises and lowers depending on the car’s speed. 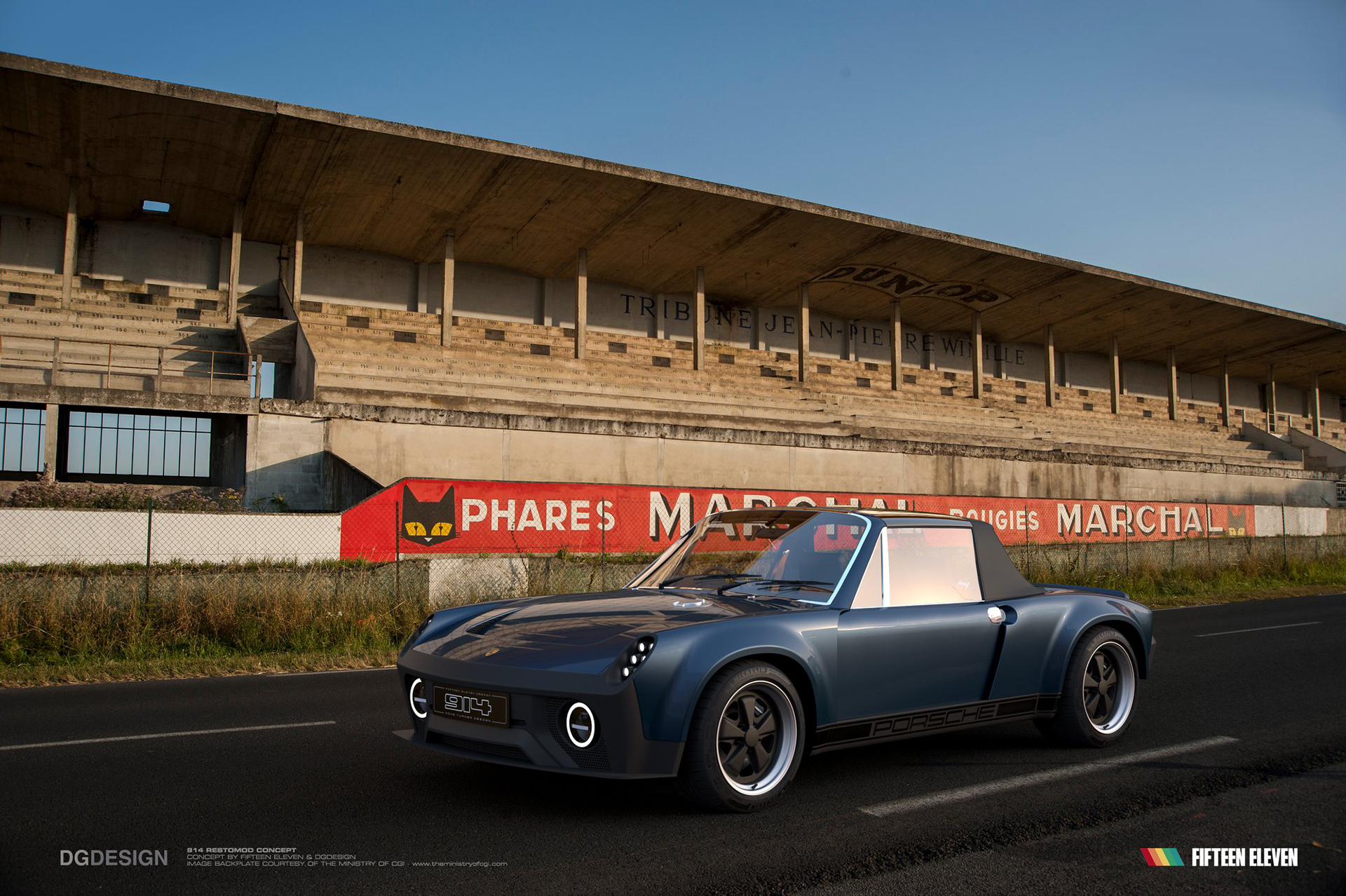 It should be worth noting that while it is still in the developmental stages, Fifteen Eleven Design has no plans of letting the car become yet another piece of vaporware. “All too often, we hear of graphic renders being produced with no intention of being built,” managing director Chris Mellors said. “But here at Fifteen Eleven Design, all our efforts are put into making sure any concepts are carried through to completion.” 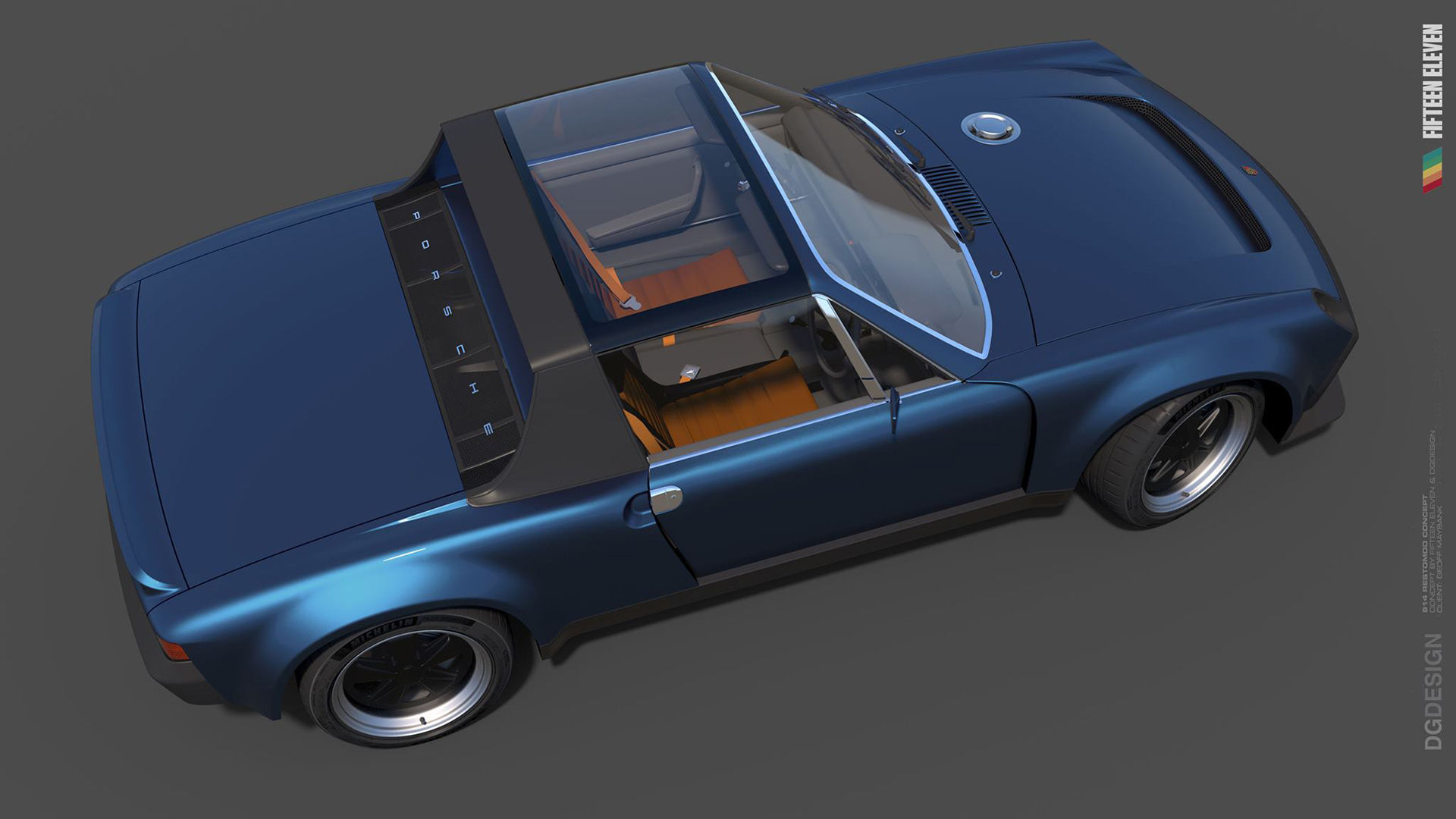