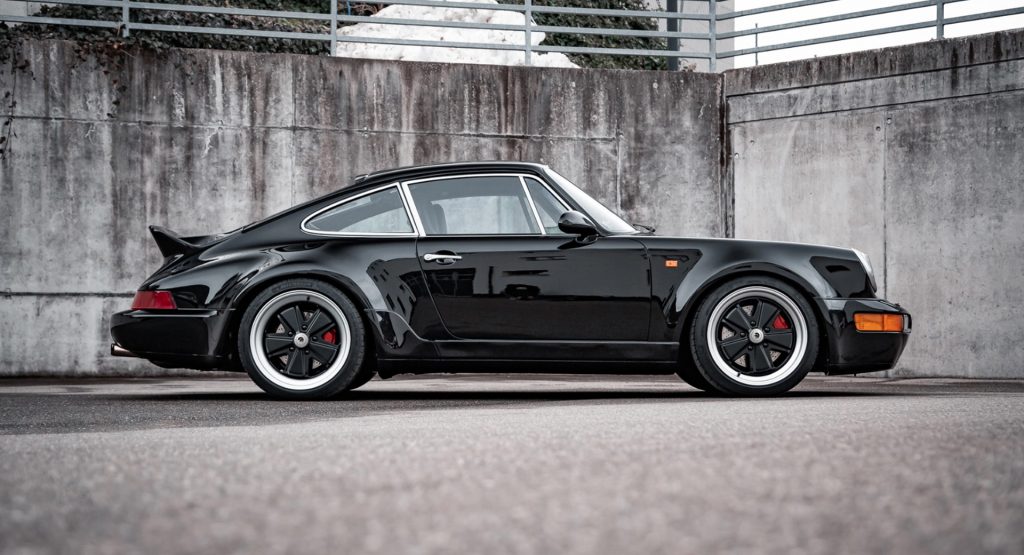 Luxury Italian coachbuilder Ares Design has a history of making special vehicles out of whatever they get their hands on, and we expected no different with this Porsche 911 Turbo.

The Modena-based company, headed by former Lotus and Ferrari executive Dany Bahar, has such notable projects under their belt as the GTC4Lusso-based “Project Pony” Ferrari 412 homage, the DeTomaso Pantera-inspired Panther Progettouno, and the C8 Corvette-derived S1.

Their latest project, which uses a 964 911 Turbo as a base, makes a host of changes to the car inside and out while still remaining true to its original vision.

As far as aesthetics go, the 964 features a ducktail rear spoiler, Fuchs-inspired 5-spoke alloy wheels, and a smoother front fascia. For the interior, a completely new one has been been crafted using leather and houndstooth fabric, while new instruments have been fitted and Porsche’s own PCCM infotainment system for classics has been installed. As for what’s under the hood, Ares’ engineers have upgraded the turbocharger and intercooler, giving the 3.6L flat-six engine a sizeable power bump to 425 hp (431 PS / 317 kW). There’s no word on torque figures, but we expect a similar boost over the stock number. Braking and suspension modifications also remain unmentioned, but it certainly appears to have some, judging by its seemingly lower ride height and hint of color behind the wheels.

Ares Design says that the car is “a unique creation, born from an enthusiast’s vision who wanted to realize his dream car. An object of desire, as exciting to drive as it is to look at.” You can check it out for yourself either in the included Instagram post, or in the gallery below.