If you were thinking about getting a Giulia GTAm, but felt it wasn’t exclusive enough, there is another ultra-limited car in Alfa Romeo’s repertoire you could look at instead, albeit it’s a bit more expensive.

Listed for sale by exotic car dealer Niki Hasler, this 2019 Alfa Romeo Disco Volante Spyder is one of just seven ever built, and it’s number 4 in the production run. The Disco Volante Spyder shared its underpinnings with the 8C Competizione and is an homage to the Alfa Romeo from the 1950s that shares the same name, with the retro-styled bodywork coming courtesy of famous coachbuilding company Carrozzeria Touring Superleggera.

Read: Alfa Romeo Tonale Will Reportedly Be Unveiled This Fall 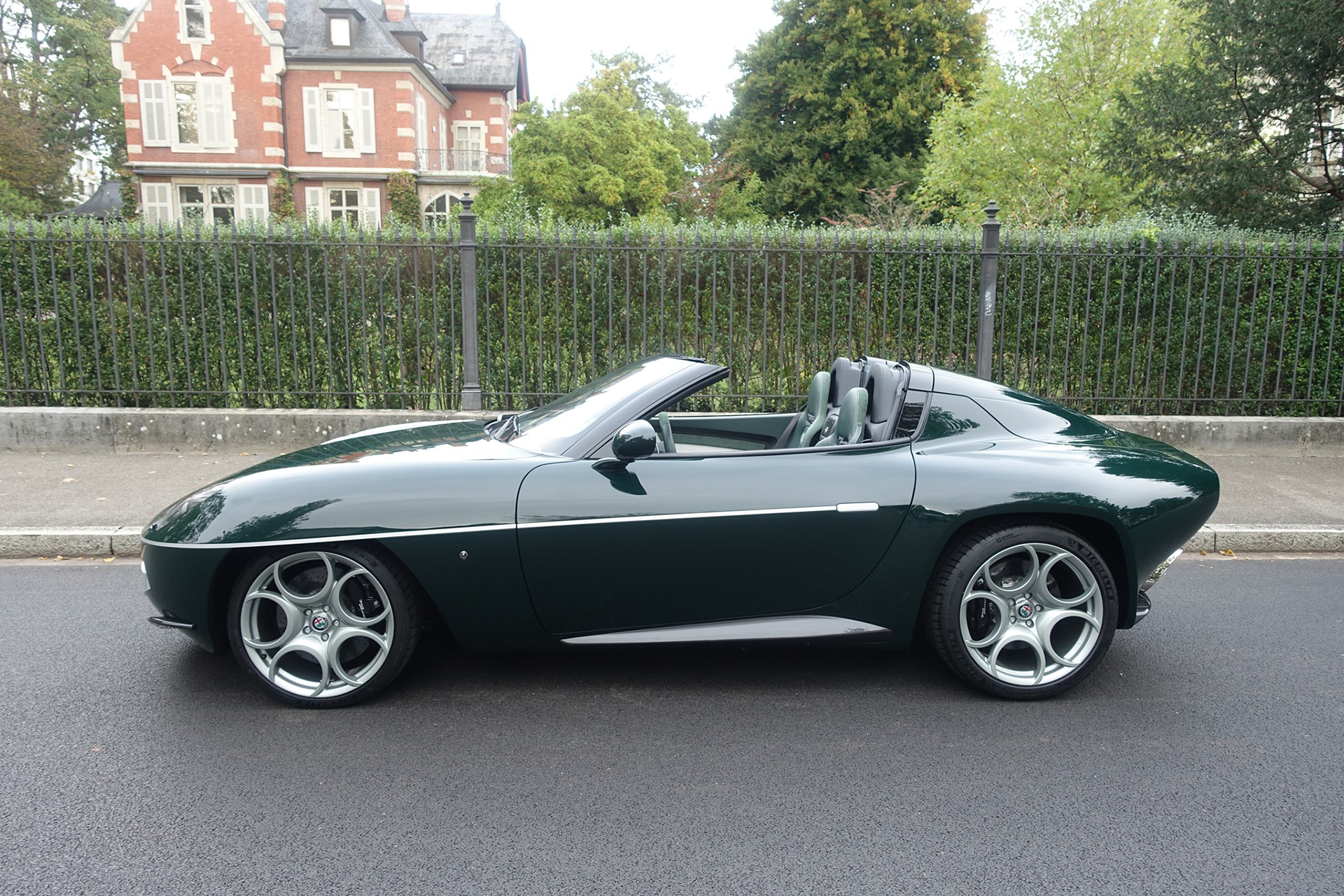 Apparently, each of the seven examples is painted in a different color, and this one wears a classy British Racing Green. The person who ordered this Disco Volante also asked for a matching green interior finished in a combination of leather and Alcantara. Touring Superleggera also adds a plaque between the seats of each Disco Volante to make sure you never forget how rare this car is.

Being based on the 8C Competizione means that it also has the grunt to back up its looks, as it is powered by a Ferrari-derived, 4.7-liter V8 engine sending 444 hp (450 PS / 331 kW) and 354 lb-ft (480 Nm) of torque to the rear wheels via a six-speed automated-manual transmission.

See Also: How Fast Is The Alfa Romeo Giulia Quadrifoglio In The Real World? 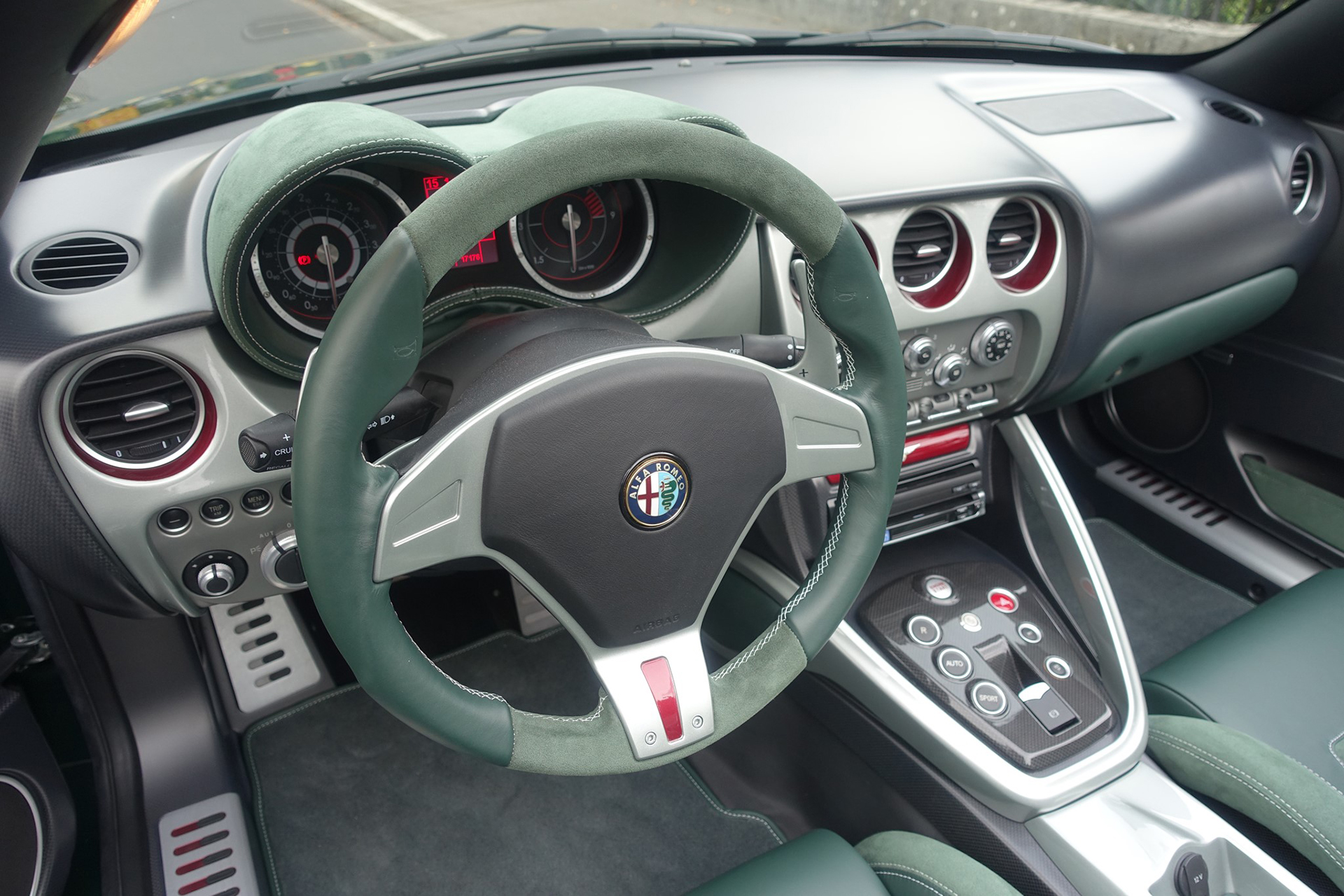 This particular Disco Volante has covered 16,000 km (9,942 miles) since new, so it’s no garage queen, but it also hasn’t been beaten up either. It is also equipped with a useful front axle lift system and includes a matching luggage set, while the seller says it has recently had its tires and brakes replaced.

The vendor hasn’t published any information on pricing, so we suspect it’ll be eye-wateringly expensive. For a frame of reference, the “regular” 8C was limited to only 1,000 units worldwide, and those still sell for over $300,000 today. That being said, for those who have the money to buy this Disco Volante Spyder, it’s certainly a car worth adding to any collection.