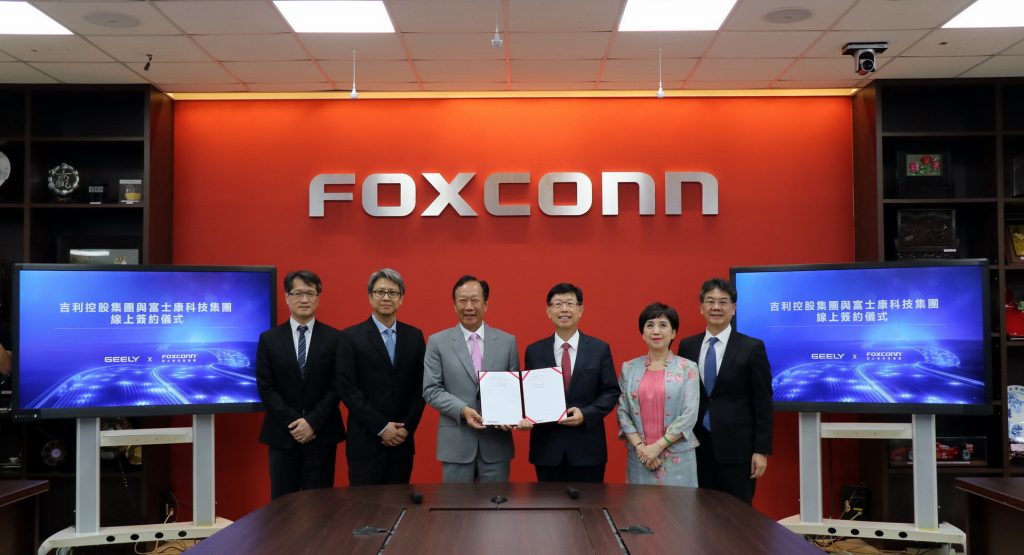 Following its recent deal with Chinese EV start-up Byton, Foxconn has joined forces with yet another carmaker in Geely. Together, they will provide contract manufacturing for other car companies.

On Geely’s end, this partnership will allow it to distribute its EV-focused platform to other brands, as per people familiar with the company’s plans. This is their second major deal this week alone, following the tie-up with Baidu for EV production.

As owner of Volvo and 9.7% stake holder in Daimler, Geely now wants to improve the capacity utilization rate of its plants around China, reports Reuters.

Geely Automobile sold roughly 1.32 million units in 2020, even though they have the capacity to build over 2 million vehicles per year, so it would make sense for them to maximize the potential of their facilities.

Following the news, Geely shares went up 1%, while Foxconn finished 2.4% higher compared to before the announcement. One goal for Foxconn is to also provide components or services to 10% of the world’s electric vehicles by 2025-2027.

On the components side, Foxconn recently unveiled its own EV platform, able to underpin a variety of vehicles including hatchbacks, sedans, SUVs and MPVs, with wheelbases ranging from 108.3 to 122 inches (2,750 mm to 3,100 mm).

The iPhone-maker is also working on high-tech software that supports over-the-air updates, not to mention autonomous driving systems. The likes of Amazon Alexa, Android Auto and Apple CarPlay are said to be part of the package. Back in October, Foxconn went as far as to call Tesla the iPhone of electric cars, following that up by saying that they’d like to become the Android of that segment.