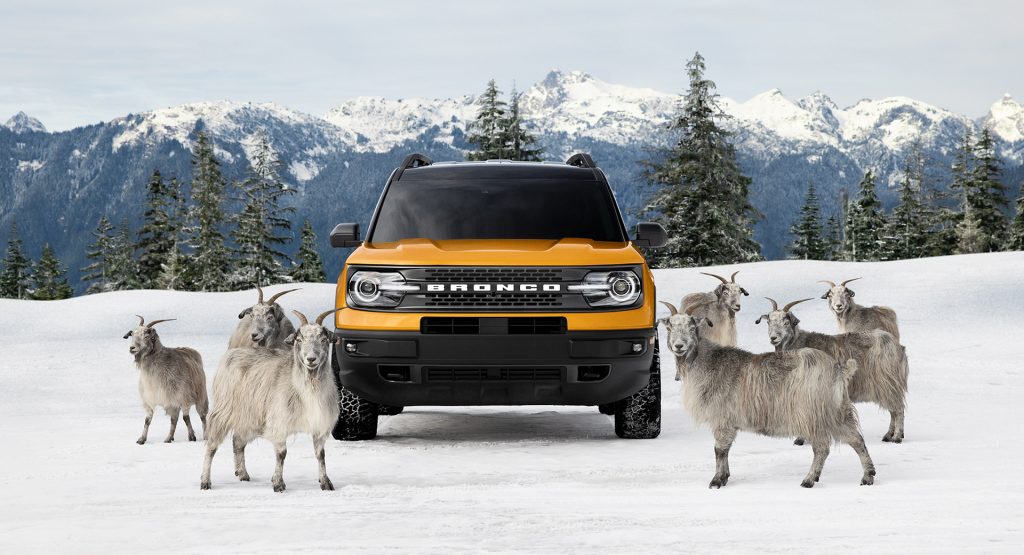 The idea was simple. Since the Bronco Sport has a G.O.A.T. (Goes Over All Terrain) mode, Ford wanted to make an ad about a bronco raised by goats. Turns out goats aren’t very good actors.

I don’t know if it’s just because I’ve been watching too many live-action Disney remakes recently, but I kind of assumed that Ford’s latest ad was all CGI when I first watched it. But no, they really just wanted a horse and some goats to play together.

The premise in the ad is that because the Bronco Sport is really capable off-road, it learned to attack all terrains with the help of some mountain goats.

Also Read: Ludacris Is Giving Away A 2021 Ford Bronco First Edition For Charity

“We decided early on that we wanted to make this true to nature, using real animals in an authentic environment,” said Stuart Jennings, creative director, Wieden+Kennedy New York, which produced the ad. “So we were doing a lot of work even before the cameras were rolling, researching breeds of goats, hiring animal trainers, talking through the performances and developing our visual script.”

The team even built in extra time to the schedule to allow for animal training, but they didn’t take into account how goats might react to all this.

Horses, it turns out, are pretty easy to train. Before too long the the bronco part of the ad was ready to go. But the goats didn’t take to acting in quite the same way.

“Goats are highly intelligent, but they’re stubborn. Sometimes, they just don’t want to listen. If they want to eat grass, they’ll eat grass,” Jennings said. “We just had to wait sometimes and cheer them on to do their performance.”

To make things easier on themselves, the team “interviewed” a bunch of goats to make sure they had the ones that were most eager to please. The difficulty in training them, though, may be reflected in the fact that only one of Ford’s three “Built Wild” ad series features them. The other ads advertise the Bronco Sport more directly and focus more on the actual G.O.A.T. modes, like mud and snow, and daring people to “go there.”