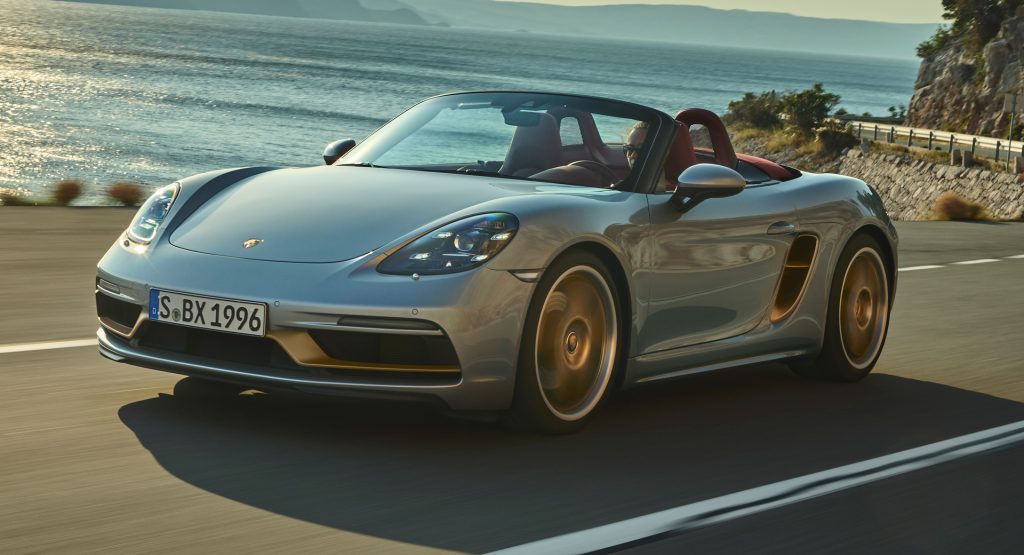 Porsche is celebrating the 25th anniversary of its Boxster series with a special edition aptly named ‘Boxster 25’.

The open top model is exclusive for the North American market and features various design elements used by the original Boxster concept car that was presented to the world at the Detroit Auto Show in 1993. Most notably, the Boxster 25 features copper-like paint on the front and side air intakes, the 20-inch alloy wheels, and the special ‘Boxster 25’ badge found at the rear. Exterior color options available include GT Silver metallic, Jet Black Metallic, and Carrara White Metallic.

Read Also: Porsche Serves Up Another Look At The Boxster Bergspyder

Porsche has continued the special touches in the cabin where Bordeaux Red leather is featured extensively. The folding softtop is also made from a red-colored fabric and the car lands as standard with brushed aluminum accents, 14-way electrically adjustable sports seats, door sill trims with ‘Boxster 25’ lettering and a heated GT multifunction sport leather steering wheel. Should shoppers not want such a bright interior, they can also select a black finish. 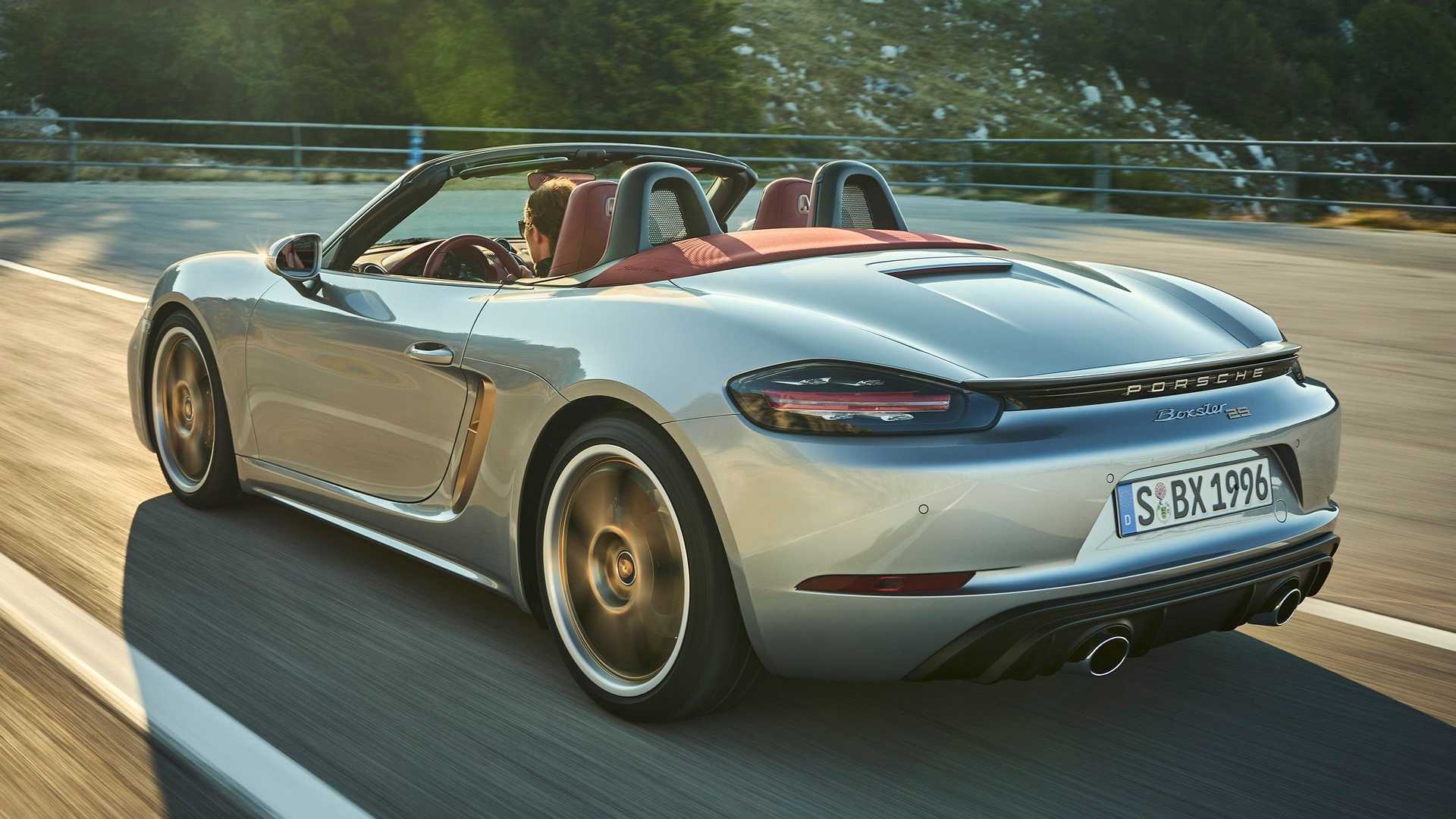 In terms of power, the Boxster 25 features the same engine as the 718 Boxster GTS 4.0 model that it is based on. As such, it has a 4.0-liter naturally-aspirated six-cylinder engine that produces 394 hp and 309 lb-ft (419 Nm) of torque. This engine can be coupled to either a six-speed manual transmission or an optional seven-speed dual-clutch. When equipped with the six-speed, the car tops out at 182 mph (293 km/h) while with the dual-clutch and standard Sport Chrono package, it will hit 60 mph (96 km/h) in a mere 3.8 seconds.

Other standard features of the car include Porsche Active Suspension Management and Porsche Torque Vectoring with a mechanical limited-slip differential.

U.S. pricing for the car starts at $98,600 excluding delivery fees with the first examples expected to land in local showrooms this spring.