The time has arrived for a new Inspiration Series limited edition for the 2021 Lexus LC and this year the theme is obviously black.

JDM fans in the US will quickly recognize that the 2021 Lexus LC 500 Inspiration Series is awfully similar to Japan’s LC Aviation limited edition and that’s because the spec is pretty much identical.

The 2021 Lexus LC 500 Inspiration Series, the fifth of its kind on the LC model and once again limited to 100 examples for the US market, comes exclusively finished in the very deep Obsidian black and rides on a set of 21-inch black forged-alloy wheels. The exterior look of the latest LC 500 Inspiration Series is completed with a carbon fiber reinforced plastic roof panel and of course that beautiful carbon rear wing that deserves a deeper look. 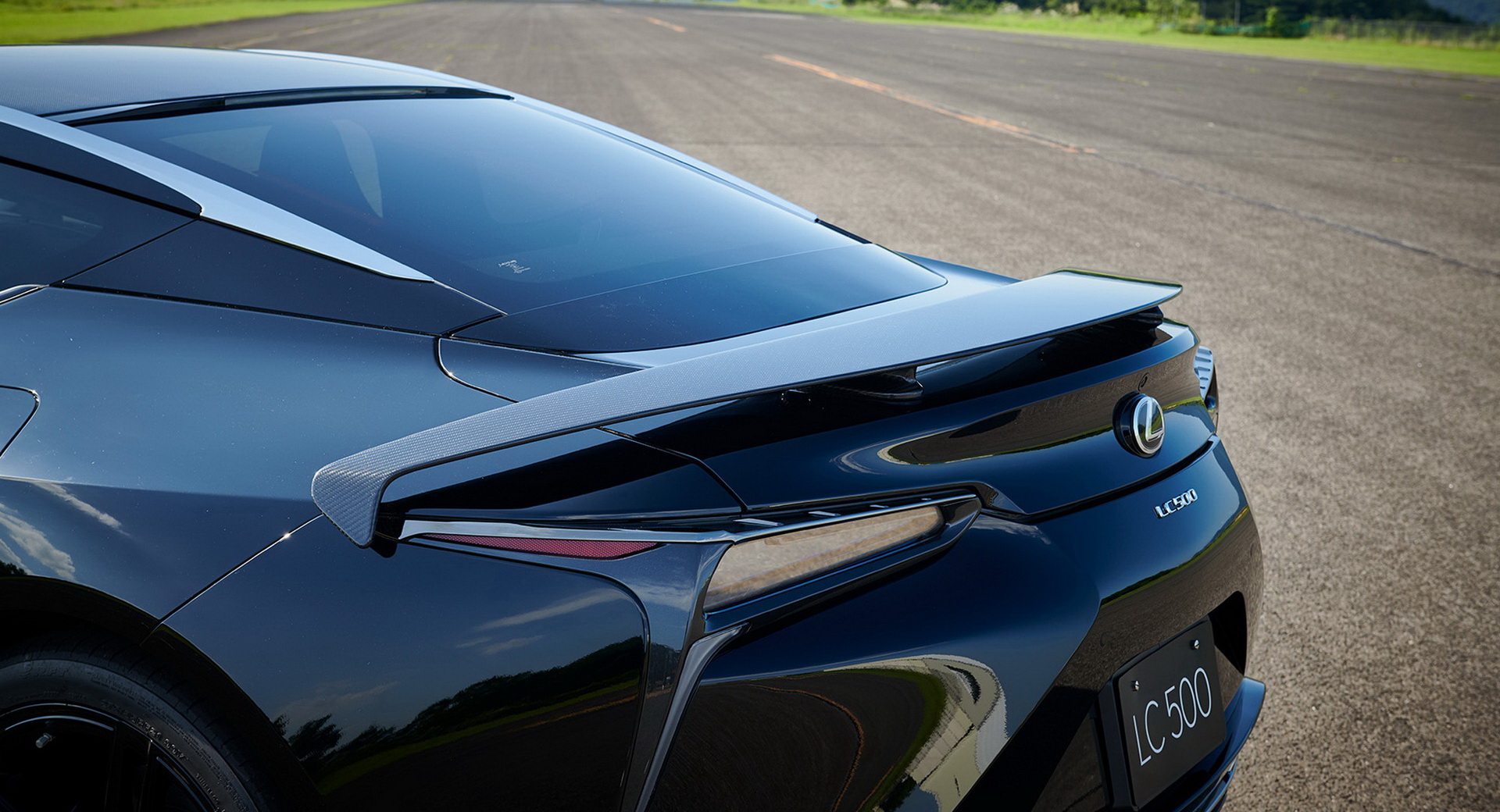 It’s the same piece featured in the JDM LC 500 Aviation, with the wing being designed with some of the engineers behind the LFA. Inspired by airplanes, the wing accurately follows the trailing edge of the trunk and is defined by two downturned winglets on either end, which are fully functional and create a vertical vortex that helps smooth out the turbulence generated from the airflow along the vehicle’s flanks.

Additional features include a Torsen torque-sensing limited-slip differential and a standard Yamaha performance rod that further increases the rigidity of the suspension. 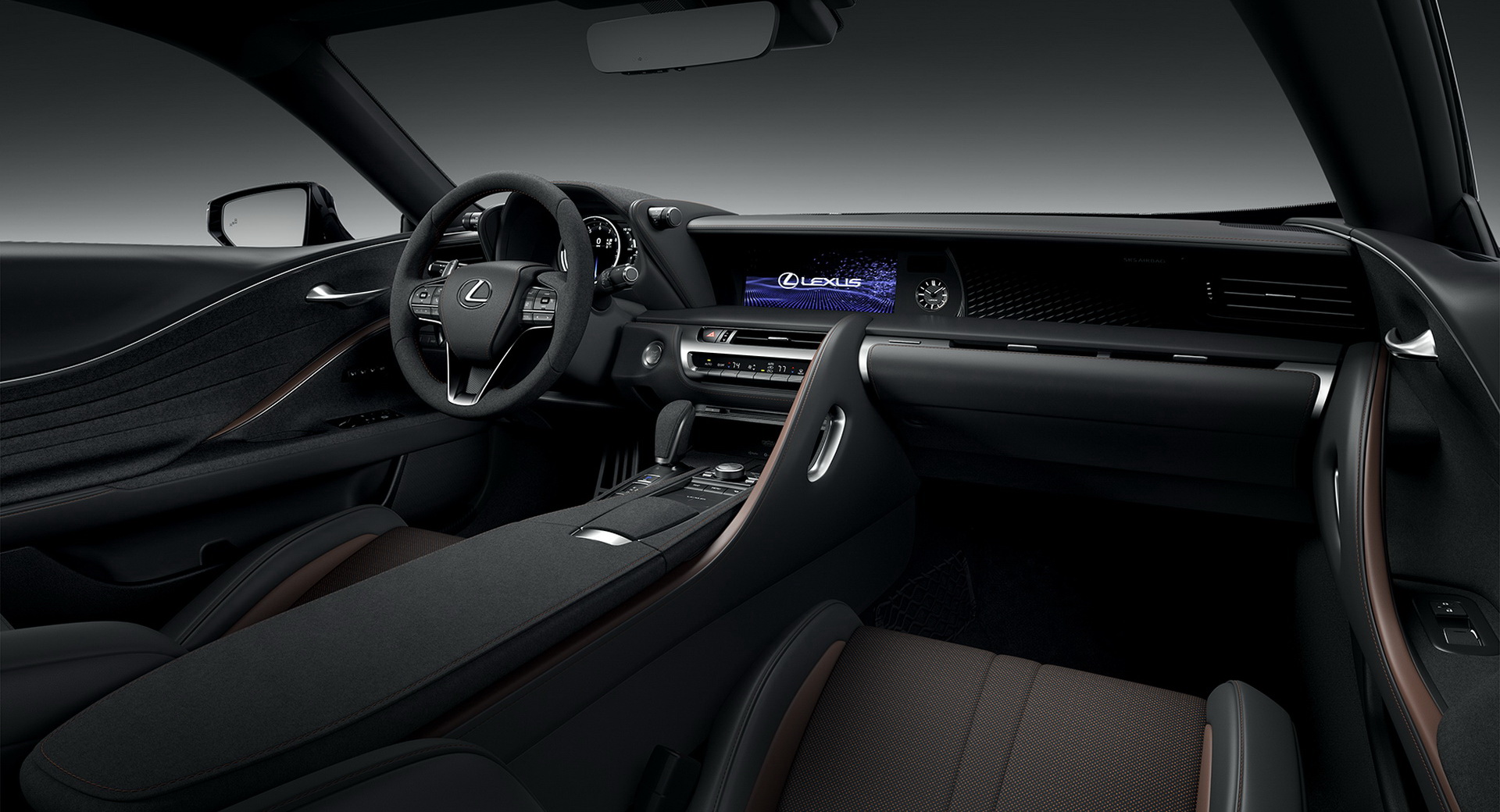 The interior of the 2021 Lexus LC 500 Inspiration Series features black Alcantara sports seats with Saddle Tan accents and seat belts. Black Alcantara is also found on the steering wheel and shift lever, while the scuff plates are from carbon fiber, and the premium Mark Levinson 13-speaker 915-watt surround-sound audio system is also a standard fit.

For the 2021 model year, Lexus is introducing a number of updates for the whole LC range; the company’s engineers were able to shave 22 pounds of unsprung weight from the two-door coupe, thanks to the adoption of new aluminum lower suspension arms, lighter stabilizers with a hollow design and revised diameter, new high-strength coil spring material, and lighter 21-inch rear wheels. 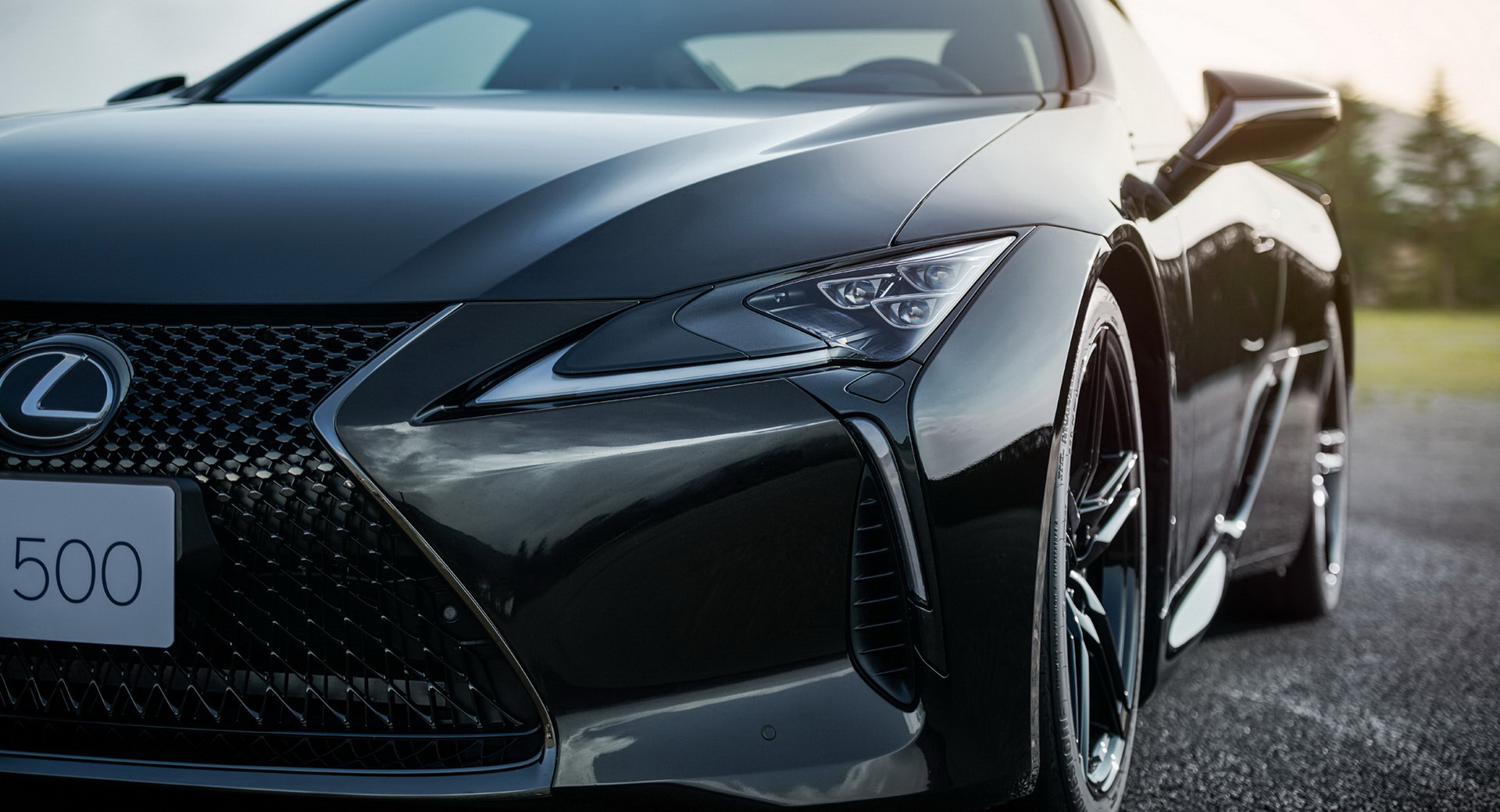 The revisions are paired with adjustments made to the front electronic shocks, which now offer a longer stroke, more rigid bound stoppers, and a more rigid rear stabilizer. The result is, according to Lexus, a smoother, softer stroke for better connection to the road, and an improved turn-in. In addition, the Lexus LC’s stability control now comes with Active Cornering Assist (ACA), which improves cornering by adding brake control to the inner wheels based on G-forces and lateral acceleration.

The 5.0-liter naturally aspirated V8 engine with the thunderous soundtrack remains unchanged under the bonnet of the 2021 Lexus LC 500, still producing 471 HP and 398 lb-ft of torque. Lexus claims a 0-60 mph in 4.4 seconds.

The 10-speed automatic transmission has however been updated with a new shift logic to further improve refinement in daily driving and more specifically in the 50-70 percent throttle range.