The teaser campaign for the Hyundai Kona N is kicking into high gear as the company has released new pictures and details about the upcoming model.

Billed as a “hot SUV,” the Kona N will become the brand’s first high-performance crossover.

Hyundai is keeping specifications under wraps, but confirmed the model will have a turbocharged 2.0-liter engine that can be connected to an eight-speed dual-clutch transmission. The company also promised a “variety of high-performance driving features, such as Launch Control, and an emotional sound experience.” 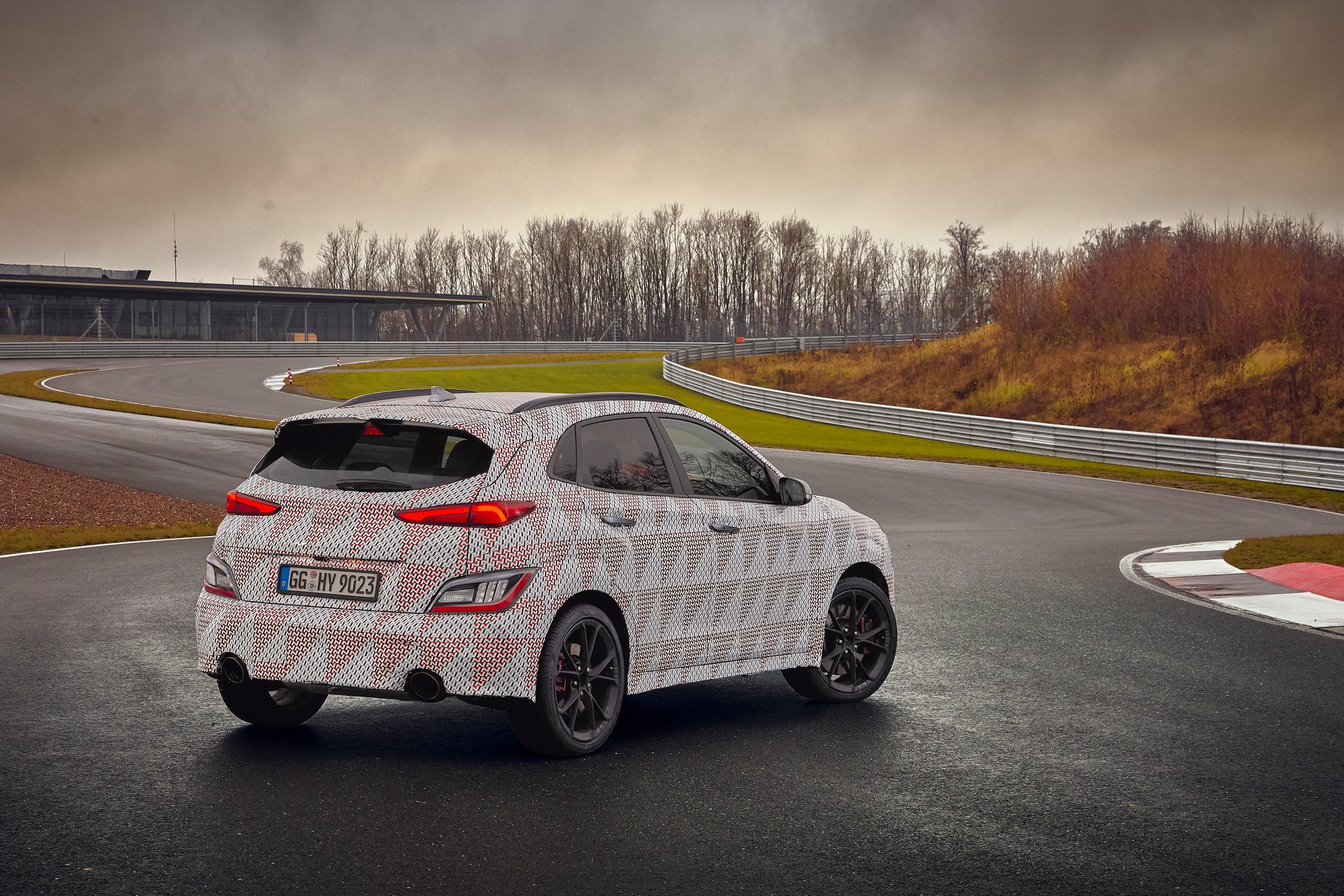 While crossovers aren’t particularly sporty, Hyundai said the Kona N will have a “powerful and nimble driving experience.” Hyundai’s Head of N Brand Management also added, “As a ‘hot SUV’, it will have plenty of versatility as well as the driving pleasure like any other N vehicle.”

Additional information will be released in the “coming weeks,” but the Kona N is slated to have a sportier exterior as previewed by these official photos. While there isn’t much to see, the model will be distinguished by modified bumpers and a unique dual exhaust system. We can also see lightweight wheels that are backed up by a high-performance braking system with red calipers.