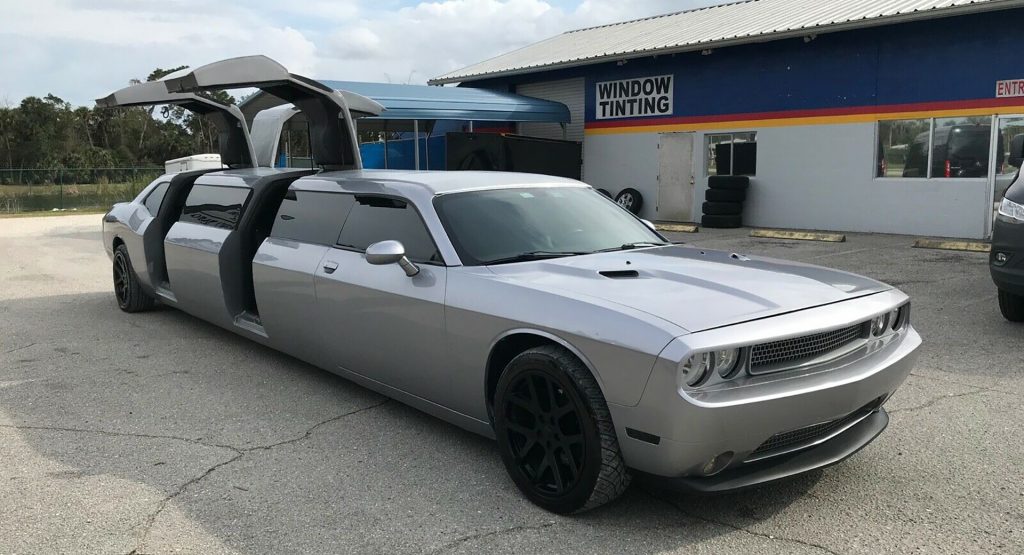 If you ever wanted to own a stretch limo but found models like the Lincoln Town Car a bit too common, then this modified Dodge Challenger might just be the one for you.

Listed for sale on eBay by a company called Clean Ride Customs with a $32,500 asking price, this 2013 Challenger features a sizeable 170-inch stretch over the stock model, a bar, a TV, and, as you can see, gullwing doors.

It’s finished in silver with a black ostrich leather interior and the seller says around $175,000 was spent building it, and that it runs and drives great, having traveled just under 80,000 miles. 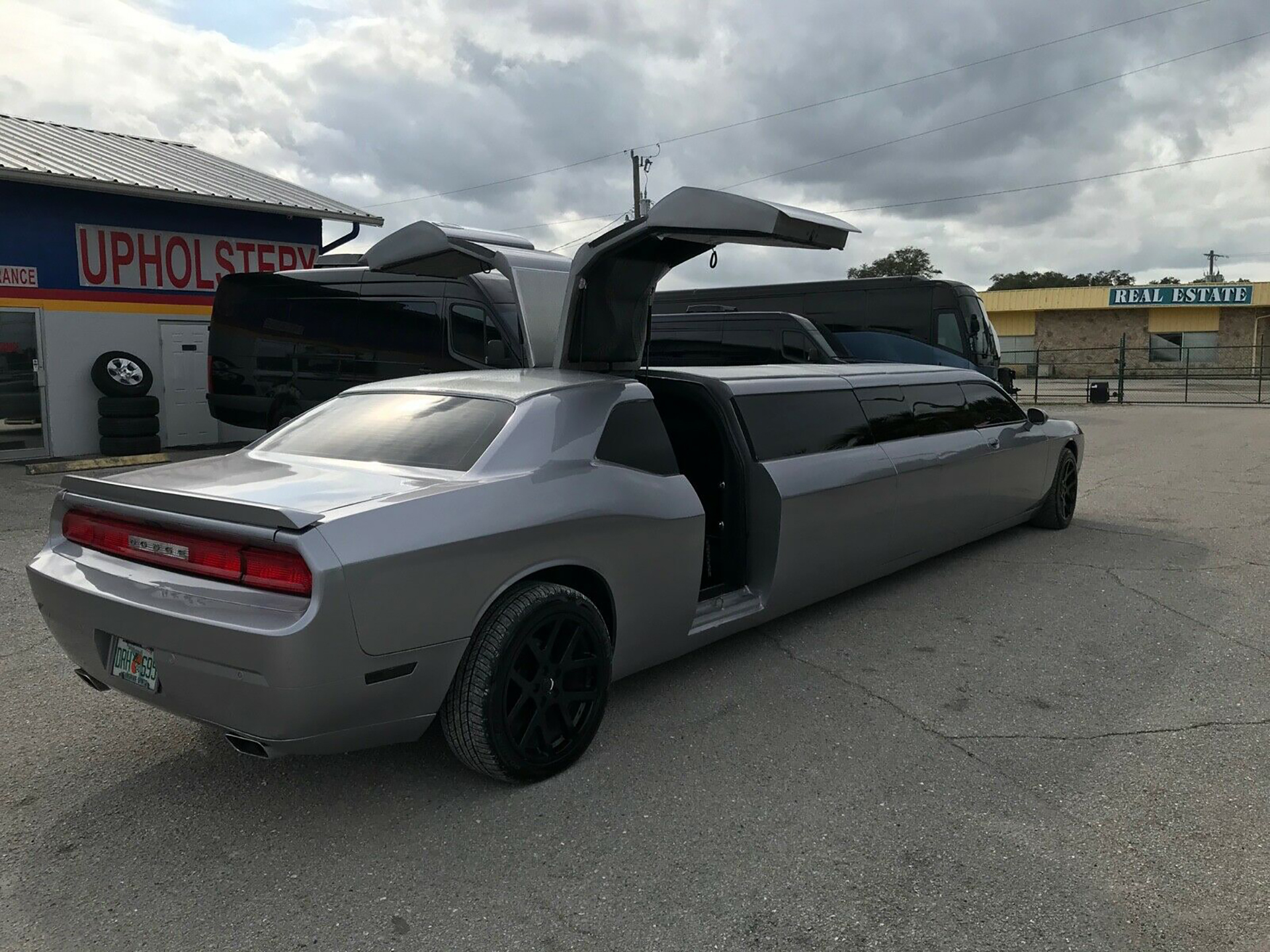 Curiously enough, the car is listed as a 2013 Cadillac Fleetwood (which never existed for that year), presumably because eBay doesn’t offer an option for a 2013 stretched gullwing Challenger.

The seller notes that the car’s title shows flood damage, but insists that it doesn’t, saying, “it was not flooded, heavy rains got the new parking lot full off water and the tires the wheels had water up 6 inches (note: this was seven years ago), and the new dealership got all their cars claimed as water damage when this car was new. It is not or was never hurt. We built this car and have never had a problem, just wanted to be clear on that.”

That could be true, but should it actually be flooded, that would help explain the huge depreciation from that original $175,000 number, plus the $45,000 this car was originally offered for. Nevertheless, the seller claims the price is due to them downsizing their fleet and needing to liquidate some of their inventory.

The car is certainly a head-turner, but with that flood damage in its title and still-not-cheap price tag, we’d advise interested parties to tread carefully.