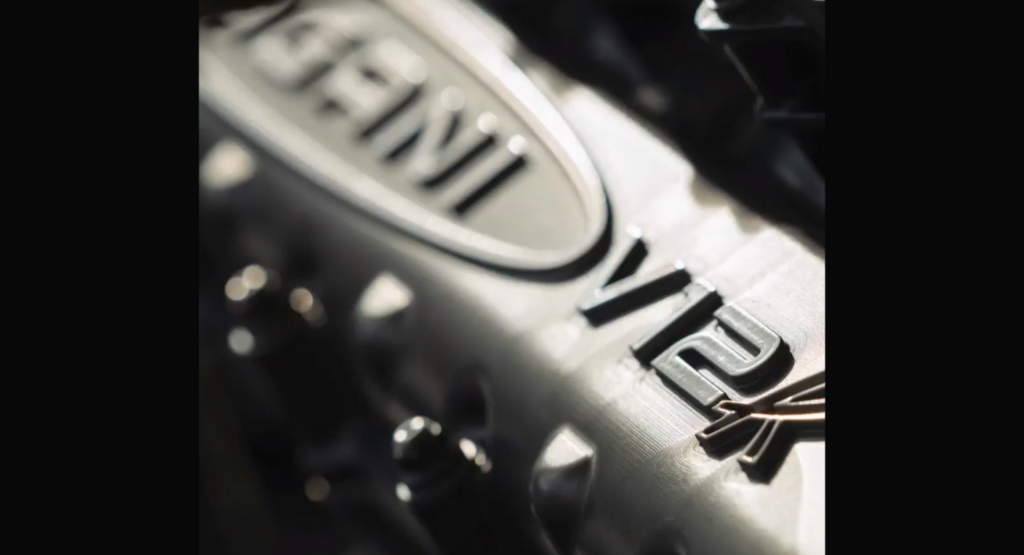 The Pagani Huayra is turning ten years old this year, so now is as good a time as any to introduce a higher performance R version. And that’s exactly what the Italian supercar manufacturer looks primed to do with its latest teaser.

The company took to Instagram last week to show off its mighty “V12 R” engine and play a little clip of it revving. If it sounds more like an F1 engine than road car, the rumored redline might help explain why.

The Supercar Blog, citing sources “close to Pagani,” reports that the Huayra R‘s V12 will redline at a shrieking 9,500 RPM. That may be thanks to its reported lack of forced induction.

That’s a bit of a surprise thanks to the Huayra Imola, whose 6.0-liter V12 used two turbos to make 827 hp and 811 lb-ft of torque. This V12, though, still supplied by AMG and reportedly breathed on by HWA, is tipped to make over 900 hp.

This is all, of course, coming from unconfirmed reports, so take it all with a grain of salt. Fortunately, you won’t have to keep that grain for long.

Although earlier reports incorrectly related that the supercar was supposed to launch in November, Carbuzz reached an official spokesperson who told them that the Huayra R would be revealed “sometime in January 2021.”

The Huayra R follows in the footsteps of the Zonda R, which came out near the end of the Zonda’s lifecycle. It featured a 6.0-liter Mercedes derived V12 making 740 hp and 524 lb-ft of torque. Its engine tapped out at 7,500 RPM, though.

It was still capable of 0-60 in just 2.5 seconds and it was a Nürburgring lap record holder in its day. It also features a carbon chassis, a rubber racing fuel cell, an increased wheelbase to improve stability and much more.

Whatever comes of the Huayra R, then, should be impressive