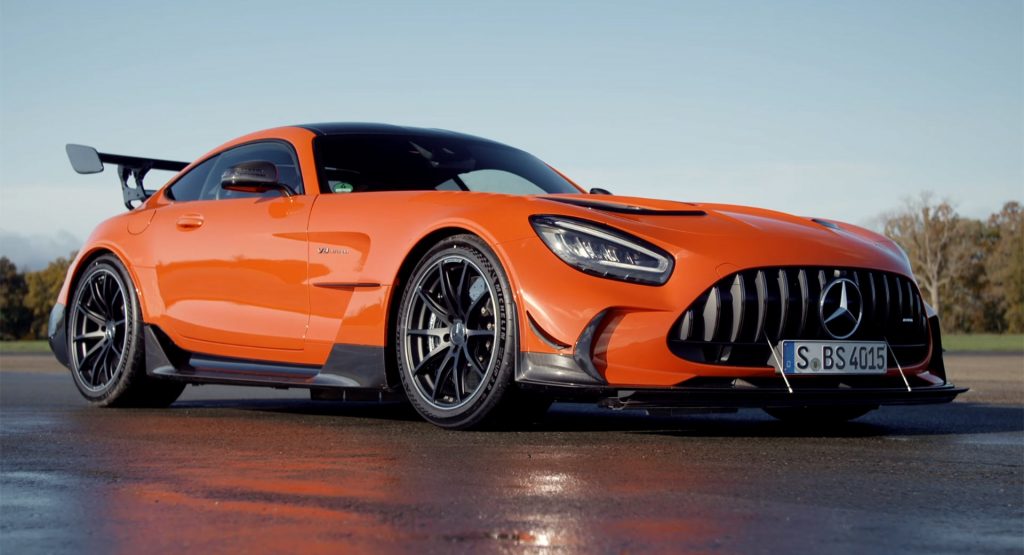 The 2021 Mercedes-AMG GT Black Series recently set a new production car lap record around the Nurburgring and Top Gear’s Jack Rix had the chance to test it out for himself.

The Mercedes-AMG GT was launched in 2015 and has progressed quite a bit over the years. In 2016, the German car manufacturer released its first track-focused variant, fittingly dubbed the GT R. Soon after, it was followed up by the GT R Pro, but as impressive as these two were, we always knew that a flagship Black Series version was eventually coming our way. It’s definitely been worth the wait.

In developing the car, Mercedes-AMG thoroughly upgraded its 4.0-liter twin-turbocharged V8, fitting it with a flat-plane crank, enlarged turbochargers, and other modifications so it now delivers 720 hp and 590 lb-ft (800 Nm) of torque. That’s 143 hp and 74 lb-ft (100 Nm) more than the GT R Pro, meaning Mercedes-AMG also had to upgrade the seven-speed dual-clutch transmission to deal with all that extra grunt.

Rix’s review highlights 11 key features of the GT Black Series that differentiate it from lesser variants. One of them, which shows the engineers’ attention to detail, relates to the trunk. You see, due to the massive double-decker rear wing, they had to reinforce the trunk lid with two bump stops that transfer the energy through two metal braces in the floor. Had these changes not been made, the downforce would have bent the trunk lid.