Unveiled three and a half years ago, the fourth generation Audi A8 is getting ready for its mid-life cycle refresh.

Two prototypes of Audi‘s flagship sedan were spied testing in Germany, and even if they look pretty much the same, our spy photographers said that the one wearing the ‘HN VW 692’ license plates was actually the plug-in hybrid version.

Comparison: 2021 Mercedes S-Class Vs. BMW 7-Series Vs. Audi A8 – Which German Flagship Saloon Gets Your Vote? 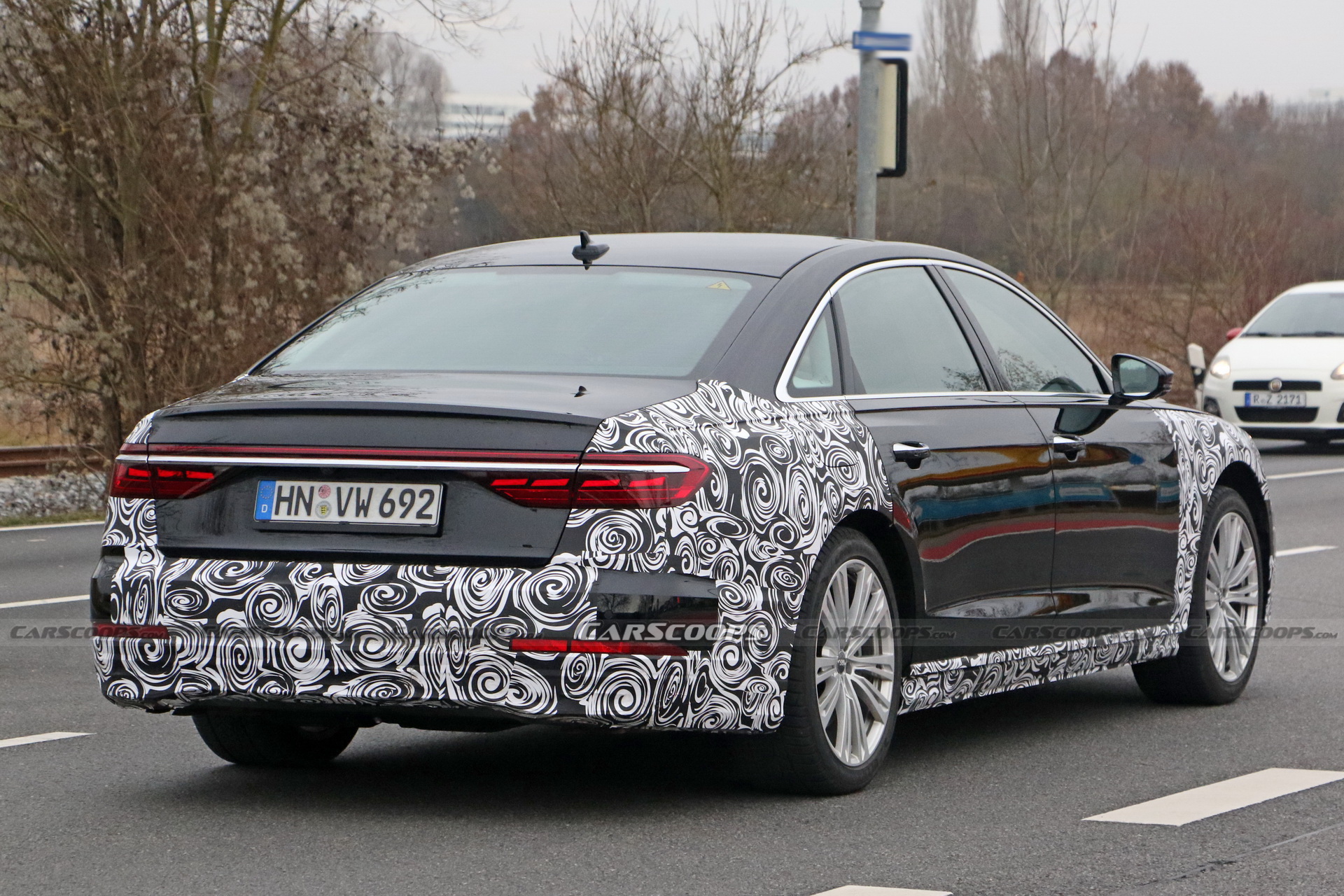 In terms of styling, we can see that the headlamps have different graphics, similar to the ones on the new A3, though it’s worth noting that while the PHEV had the regular lighting units at the front, the ICE-powered variant was equipped with the Matrix LED clusters. The grille has a slightly different shape as well, the front bumper is also new and sports larger creases on each side, and we could expect tweaked side skirts, rear bumper and probably redesigned taillights, even if on the test cars they look virtually identical to the current iteration .

The overall design of the cockpit should remain largely the same, with the two screens, one for the infotainment system and the other one for controlling the HVAC, sitting in the middle of the dashboard, as well as a third one for the digital instrument gauges. However, they might feature more modern software, which, alongside upholstery and trim revisions, should round out the changes inside.

It’s still too early to speak about the engine family, though, if anything, expect improved fuel consumption and lower carbon dioxide emissions. The plug-in hybrid model might also get a new battery that will help it get a longer all-electric range. The current A8 TFSI e offers 17 miles (27 km) of electric driving, can hit 60 mph (96 km/h) in 4.9 seconds and uses a turbocharged 3.0-liter V6 and an electric motor integrated into the torque converter of the eight-speed automatic gearbox, for a total output of 443 HP (449 PS / 330 kW) and 516 lb-ft (699 Nm) of torque.

The facelifted A8 is expected to debut later this year as a 2022 model.