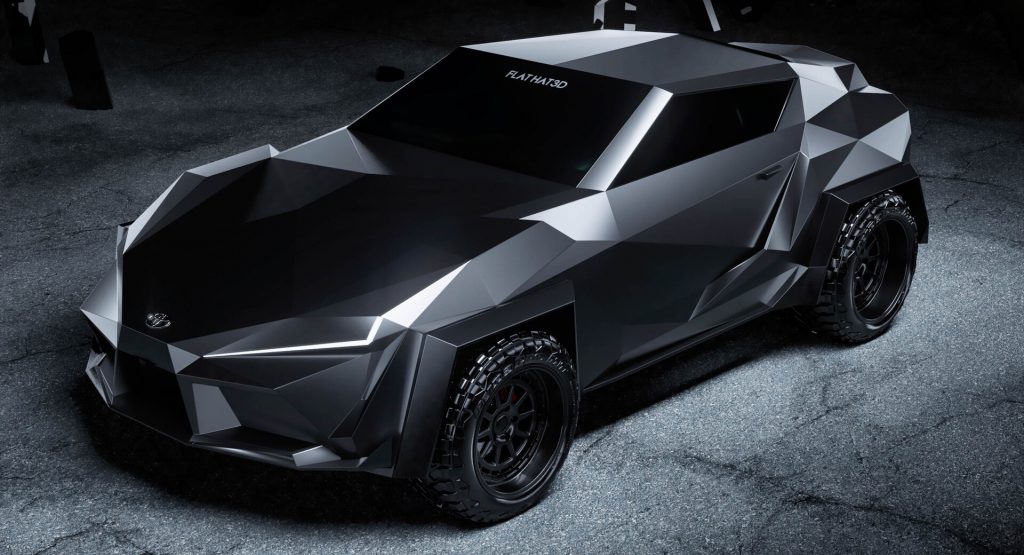 The exterior design of the A90 Toyota Supra may have rubbed a few people the wrong way since its unveiling, but what if someone decided to make it way edgier?

The renderings you’re looking at come from the Flat Hat 3D Studio, a SEMA award-winning design and concept shop. They depict a Supra that isn’t just ready to face the apocalypse but also has go-anywhere off-roading abilities and, thanks to its bulletproof exterior, could keep any occupants safe. So, apart from rockets and machine guns, it sounds like it has what it takes to be the Dark Knight’s next Batmobile, doesn’t it?

Watch Also: The Stig Should Be The Ideal Driver To Take The 2020 Toyota Supra For A Drift 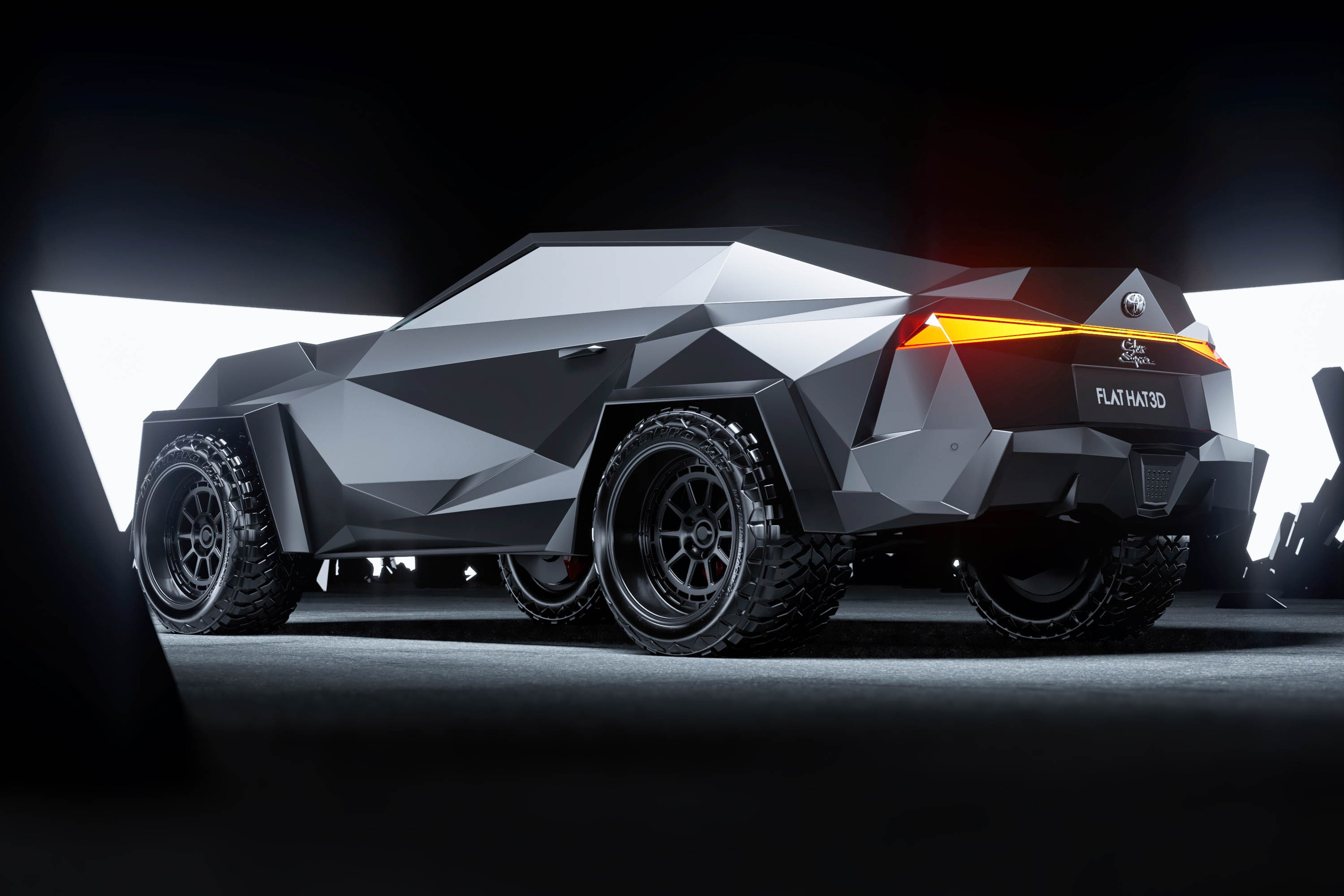 While one might argue that some of the sharp angles that make up the exterior do have a resemblance to those of the Cybertruck, direct inspiration was in fact taken from the Karlmann King, the world’s most expensive SUV that was unveiled by Chinese company IAT back in early 2018.

The front end of the car has very little in common with a standard Supra, other than the basic shape of the hood and the pointed nose. Moreover, the headlights have also been ditched and replaced with thin LED units. The sides of the car are particularly striking and reveal a set of massive wheels with off-road rubber and flared, squared-off wheel arches.

It is the rear of the concept, though, that is perhaps our favorite aspect, thanks to the sharp taillights and LED light bar featured.

Note: These are renderings from Flat Hat 3D Studio and are not related to or endorsed by Toyota