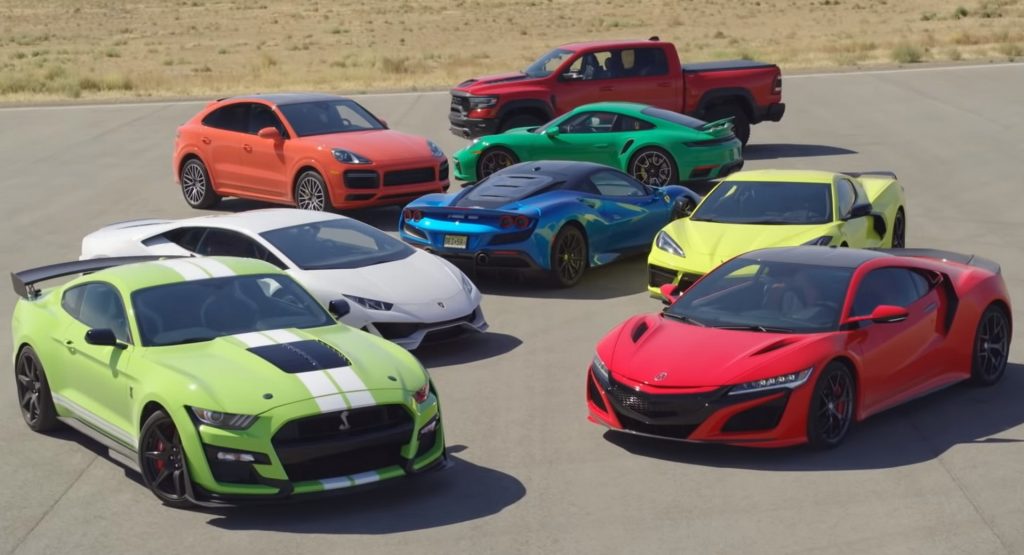 As it turned out, nothing in 2020 was going to be easy. So for its tenth “World’s Greatest Drag Race”, Motor Trend is changing the format a bit.

Instead of featuring 12 cars racing side-by-side, this year there are only eight cars and they’ll be facing off one at a time in an elimination-style bracket.

In the first heat, the Motor Trend crew tries to keep like with like as much as possible. There are still a few surprises along the way, though. We won’t spoil any results, but horsepower figures don’t tell you as much about performance as you might think.

In fact, one of the most evenly matched races, horsepower-wise, is the Porsche 911 Turbo S vs the Lamborghini Huracan EVO AWD. With just 10 hp separating the two cars, you’d have expected this one to be one of the most hotly contested in the field.

It turns out to very much not be, though, with the drivers estimating a 10-car gap by the end of the race. All of which goes to show you that, although power is good, weight and, more specifically how that weight is distributed, matter a whole lot, too.