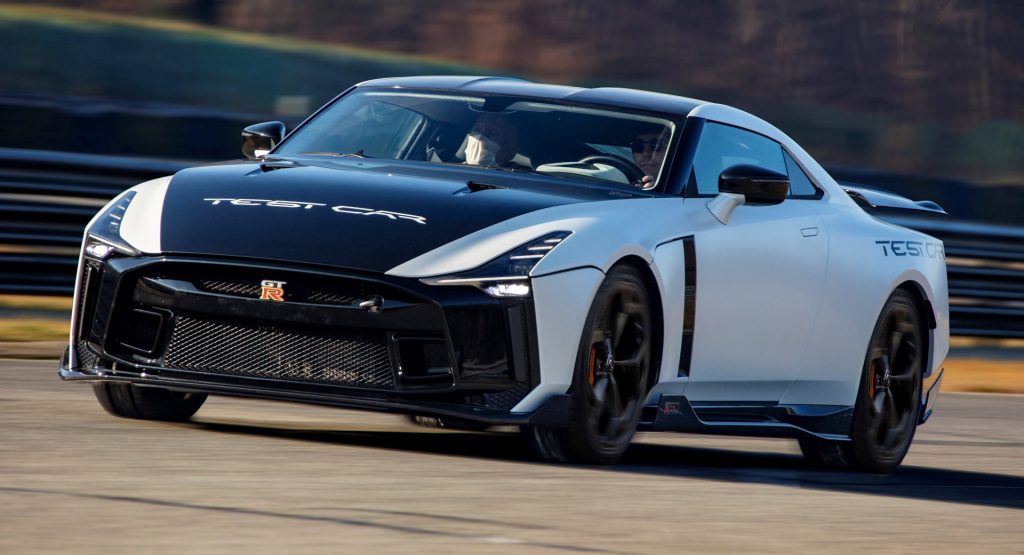 We haven’t heard much about the Nissan GT-R 50 by Italdesign since the first production model was unveiled in May, but, apparently, that’s about to change.

In a couple of cryptic tweets, Nissan and Italdesign hinted something is in the works as they released pictures of a black and white model emblazoned with “Test Car” badging.

While that’s interesting by itself, Italdesign said: “The Nissan GT-R 50 by Italdesign test car is ready to take off. Just after the final test it’s heading to the airport for its first intercontinental trip to Tokyo. Fancy to know what’s going to happen? Stay tuned.”

There’s just one thing we want under the tree: a GT-R50 by @italdesign

The ship has left and the test car is coming to Japan early next year. Stay tuned! https://t.co/TOvMjEuzW7 #OMGTR pic.twitter.com/1bQDiIVoWN

Nissan released tweeted that “ship has left and the test car is coming to Japan early next year.” The company also added “stay tuned” and this seems to suggest they have something up their sleeves. What that is, though, remains a mystery.

As a refresher, the model was created to celebrate the 50th anniversaries of Italdesign and the GT-R in 2018 and 2019, respectively. Production will be limited to 50 units and the first cars are slated to be delivered “between the end of this year and early 2021.”