While i4 prototype sightings go back all the way to 2019, we just recently caught our first glimpse of what appeared to be the i4 M, back in October.

We know to expect an i4 M thanks to BMW themselves having confirmed its existence. “Next year we will launch the first battery-electric M car in the performance segment, based on the i4,” said BMW M chief executive Markus Flasch.

This prototype, like the one from two months ago, also appears to boast a wider track with extended fenders, sporty front bumper, sporty mirror caps, rear boot lid spoiler and blue M Sport calipers. The wheels however are smaller, but that’s probably because of the conditions outside (winter tires).

Related: BMW i4 Will Reportedly Have Three Variants, Base Model With Around 280 HP

The only thing that worries us regarding the i4 and i4 M’s styling is the fact that it may have been taken down several notches from what we first saw with the BMW Concept i4. In reality, the i4 and all of its derivatives may very well look just like a regular 4-Series, and that’s both good and bad, depending on your view of the matter. 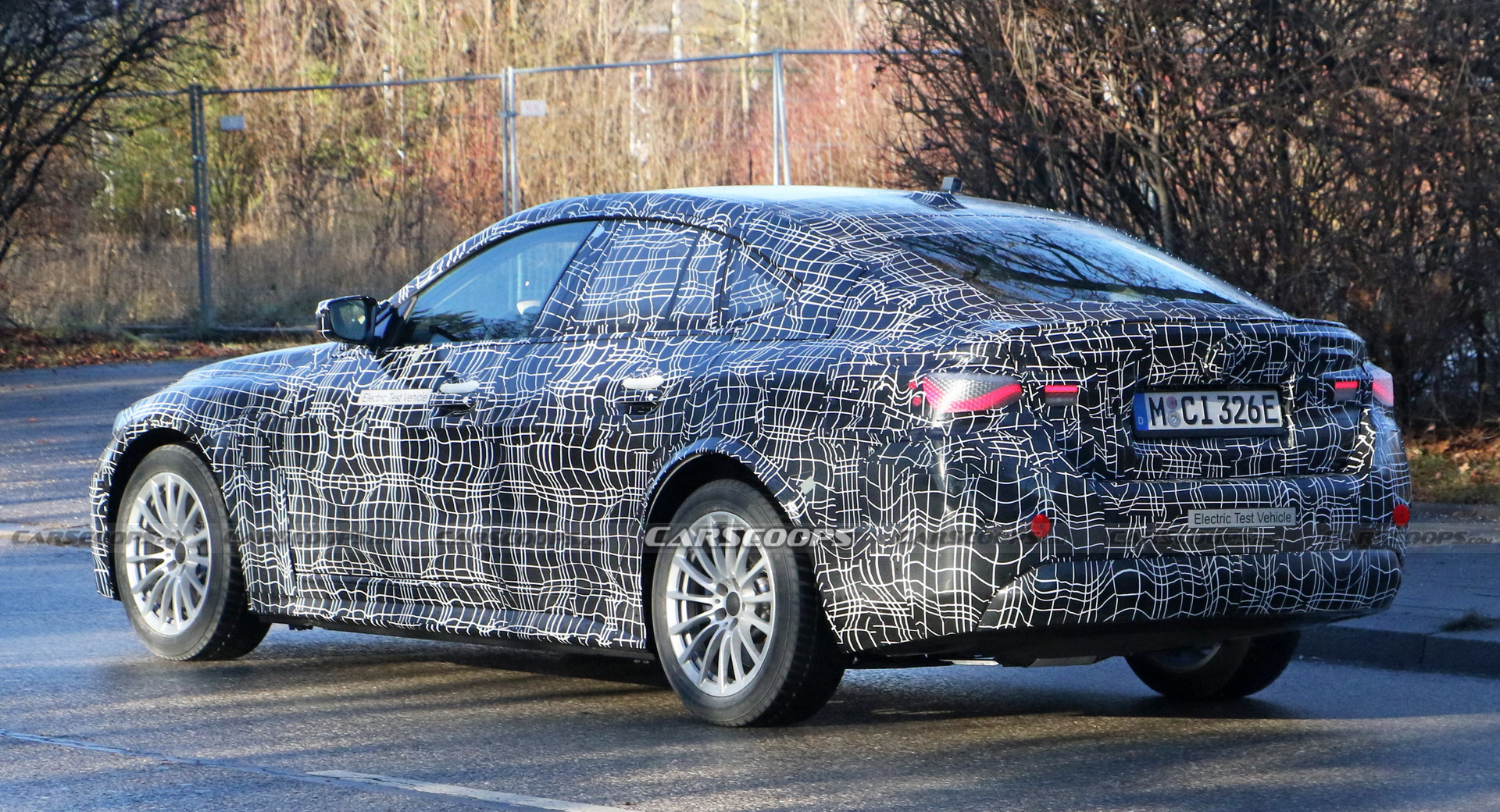 All that aside, it’s performance that we’re most curious about, and BMW has already dropped a hint when Frasch stated: “On the high-performance battery-electric technology, there is still some time that we need until technology is ready and can take it on with an existing high performance car, like an M3 or M4.”

Now, he could be referring to overall performance and not just acceleration. The German carmaker said that the i4 will put down around 523 HP (530 PS), which should help it match any V8-powered sibling when it comes to sprinting off the line. A 0-60 time of around 4 seconds is to be expected.

As for the i4 M, we’re just guessing but there just has to be more power, right? Otherwise what’s the point of giving it the M moniker? It’s only by giving the i4 M upwards of 600 HP that BMW could hope to take away the M8 Competition’s title of fastest-accelerating Bimmer ever, with its 0-60 time of 3 seconds flat. Then again, maybe that’s not the goal here, so who knows?

Here’s to hoping ‘M’ won’t end up standing for “just additional aero performance” in BMW EVs, similar to how ‘Turbo’ now pretty much stands for “flagship spec” when it comes to Porsche EVs.