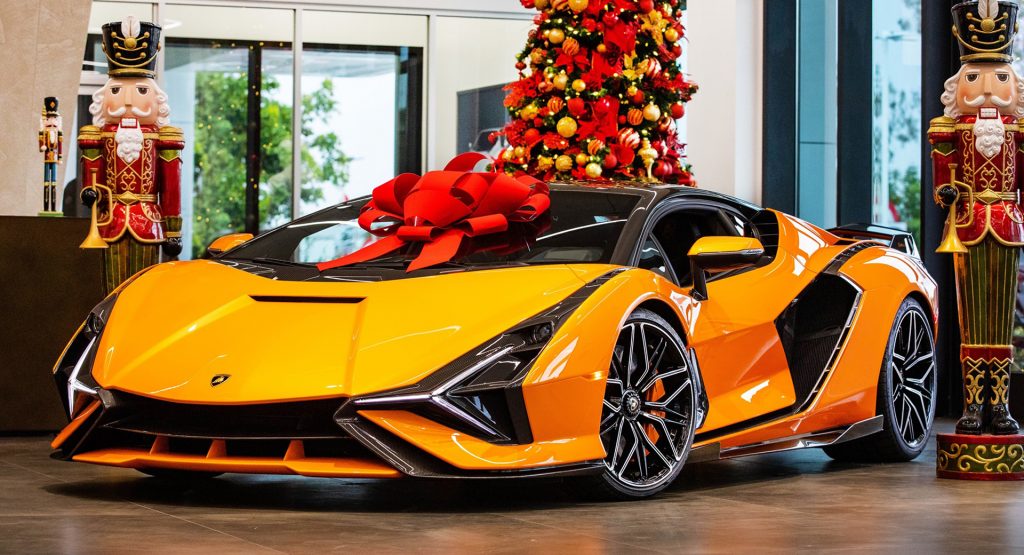 The first Lamborghini Sian touched down in North America just prior to Christmas, and it is quite the sight.

Lamborghini unveiled the Sian back in September 2019 as its latest, Aventador-based supercar. The example in question is finished in a vibrant shade of orange dubbed Arancio Atlas and features a host of exposed gloss carbon fiber parts, including the towering rear wing and the engine cover. 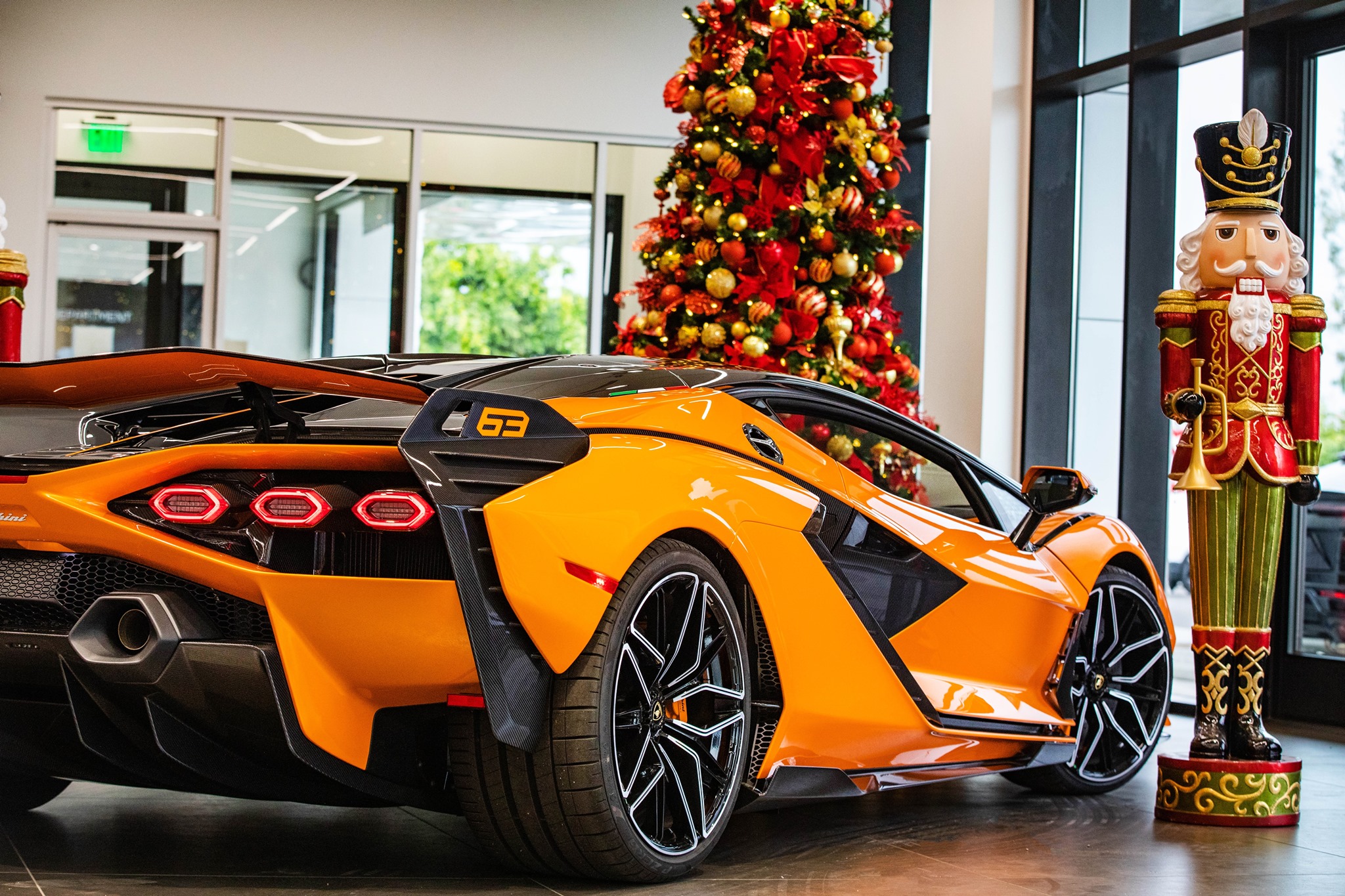 The Sian is powered by the Lamborghinis’s naturally aspirated 6.5-liter V12 engine that is coupled to a mild-hybrid system and results in a total of 808 hp. This mild-hybrid system consists of a 48-volt, 34 hp electric motor incorporated into the gearbox and is said to provide immediate response and improved performance.

Making the powertrain of the Sian all the more special is the fact that it uses a supercapacitor as opposed to a more traditional lithium-ion battery pack. This supercapacitor is said to be three times more powerful than a battery of the same weight as well as three times lighter.

It is mounted in the bulkhead between the cabin and the engine for optimal weight distribution. The supercar also includes a regenerative braking system that was developed in-house by Lamborghini. The stored energy is available as a power boost for speeds of up to 80 mph (130 km/h).