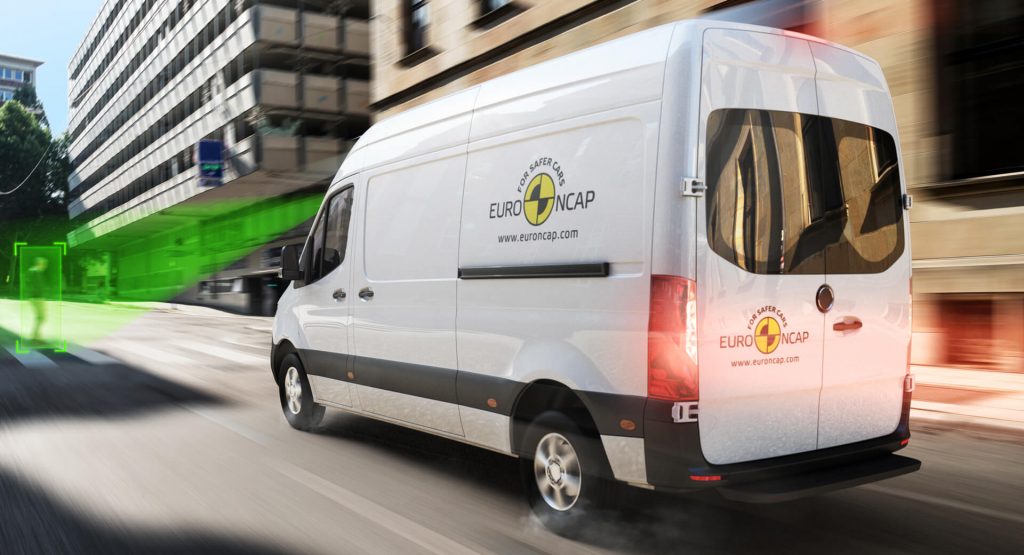 In the wake of the global pandemic, the need for delivery vans has reached new heights this year, which is why Euro NCAP decided to test some of Europe’s most popular models.

Nineteen light commercial vehicles (LCV) were tested by the safety specialists under new criteria that evaluate the crash avoidance and driver assistance systems, such as autonomous emergency braking (AEB), with separate tests for other vehicles and pedestrians and cyclists, lane support and speed assistance. However, only 14 of them qualified for an award.

Out of the entire batch of vans, the Ford Transit, Mercedes-Benz Vito and Volkswagen Transporter were awarded a Gold rating. The Ford Transit Custom, Mercedes-Benz Sprinter, Opel/Vauxhall Vivaro, Peugeot Expert and VW Crafter got a Silver rating, while Bronze went to the Citroen Jumper and Jumpy, Fiat Ducato, Iveco Daily, Peugeot Boxer and Toyota ProAce. The Fiat Talento, Opel/Vauxhall Movano, Nissan NV400 and Renault Master and Trafic were deemed as too unsafe over their general lack of safety gear.

“The first thing that struck us was how poorly vehicles in this segment are generally equipped with safety systems. Technology that is now standard on passenger cars is, almost without exception, an option on vans”, said the Euro NCAP Secretary General, Michiel van Ratingen. “Manufacturers have to start taking the safety of this segment more seriously and fleet buyers should insist on choosing safety options to provide better protection for their drivers and for all road users. We want good-performing safety technology fitted as standard in this segment of the market.”

Euro NCAP also highlighted the fact that while the safety technologies are standard in some countries, they may be optional in others. Furthermore, despite being virtually identical, some of the models evaluated offer different safety gear. For instance, the Renault Master can be had with optional AEB, but the feature is not available for the Nissan NV400, which is built at the same factory.