The Ford Mustang Mach-E is currently arriving at dealerships, but the Blue Oval is already turning their attention to the electric F-150.

While the truck has already been teased on a handful of occasions, the latest video shows a prototype tackling snowy terrain.

The clip doesn’t reveal much about the model, but the truck will go into production in mid-2022 and be built at the new Rouge Electric Vehicle Center in Michigan.

That’s still a ways off, but the company is subjecting the truck to “thousands of hours of torture testing” as well as millions of test miles in simulations and the real world. The ultimate goal is to have an electric F-150 that is as capable and reliable as the gasoline and diesel-powered variants.

Ford has been coy on specifications, but has previously said the truck will be equipped with two electric motors that “deliver more horsepower and torque than any F-150 available today.” This suggests the model will be more powerful than the F-150 Raptor which has a 3.5-liter EcoBoost V6 that develops 450 hp (336 kW / 456 PS) and 510 lb-ft (691 Nm) of torque. While the final numbers remain a mystery, Ford has also promised the electric F-150 will offer the “fastest acceleration” and the “ability to tow heavy trailers.”

The prototype in the video wears the body of the old F-150, but the production truck will have a unique design. In particular, a teaser image showed a squared-off front end with an enclosed grille that is flanked by vertical headlights and LED daytime running light on three sides.

Of course, we’ll get a better idea of what to expect as the truck’s debut draws closer. 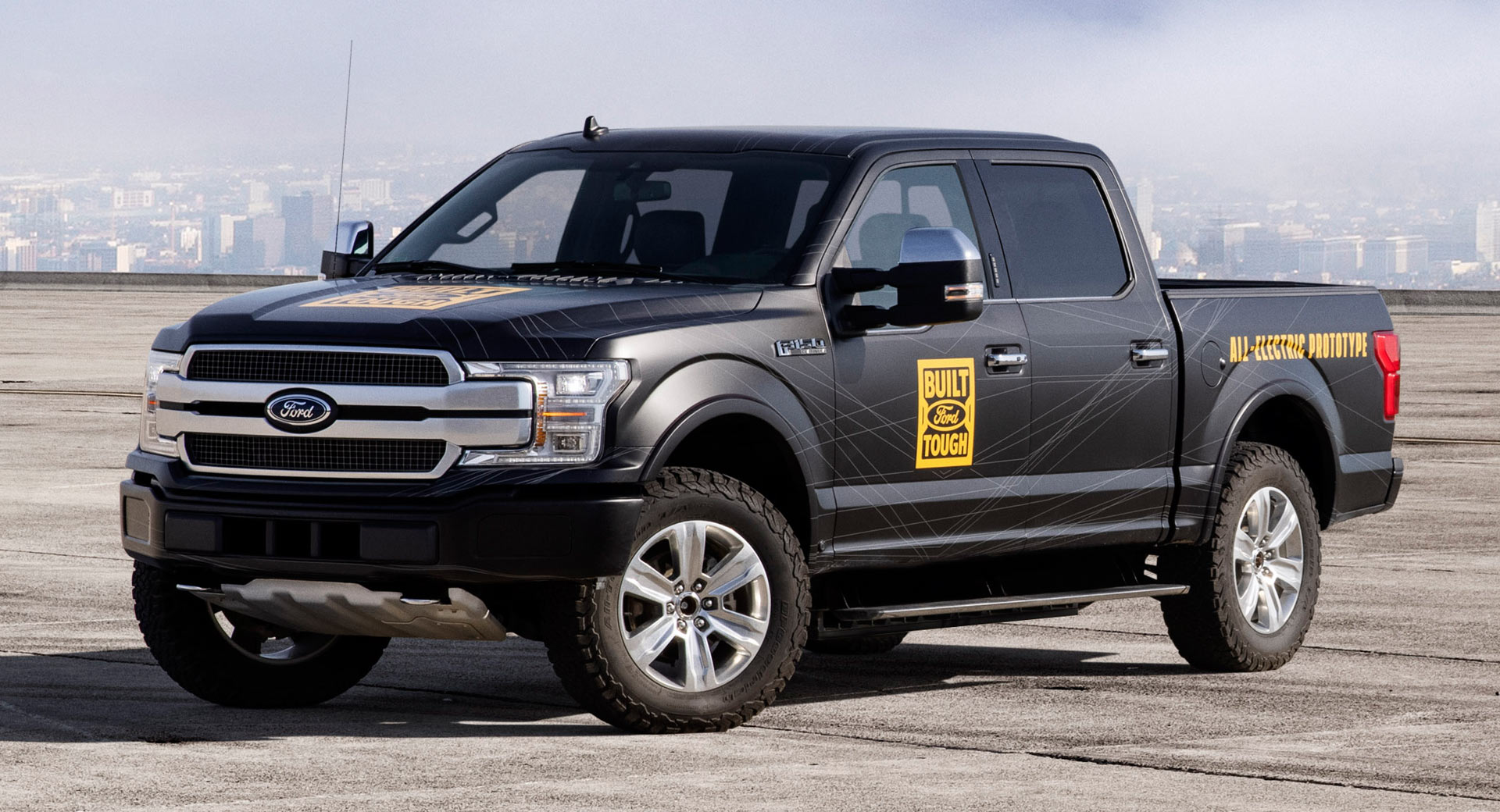