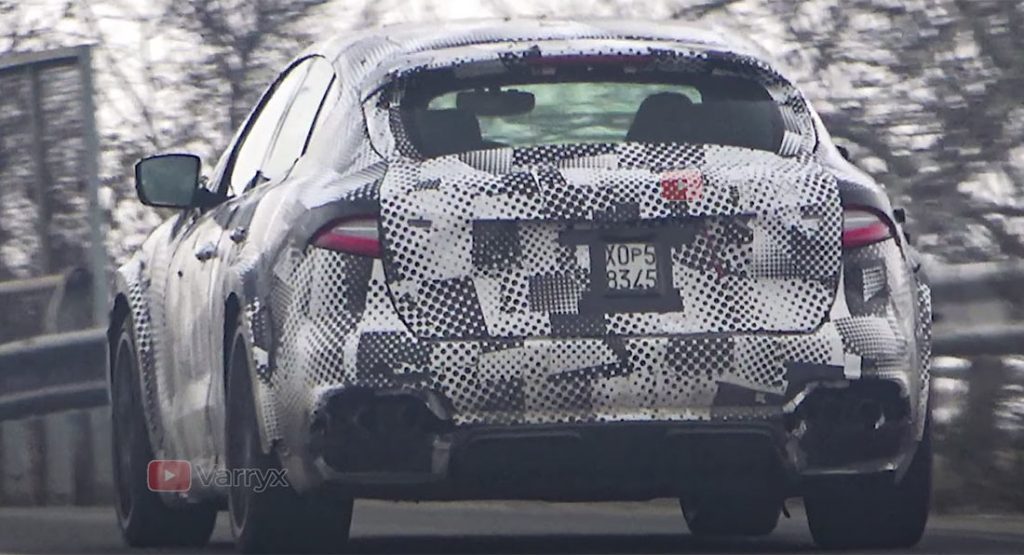 It has been a couple of years since Ferrari confirmed it was working on an SUV dubbed the Purosangue and a mule has recently been filmed on the move in Maranello.

Like another example snapped by our own spy photographers a couple of months ago, this Ferrari Purosangue test mule clearly isn’t wearing its production-ready skin and is made up of a mix of Ferrari and Maserati parts, with the majority coming from a Levante. As such, it looks very odd but the production-ready model will look very different.

Watch Also: Chris Harris Isn’t Sold On The Ferrari Purosangue SUV, But Admits Enzo Might Have Liked It

The Ferrari Purosangue will indirectly replace the GTC4Lusso in the Italian company’s family of models and it’s interesting to note that the overall shape and size of this prototype is more akin to the GTC4Lusso than the Lamborghini Urus, for example. In particular, the prototype’s roof appears quite low while it also has a very long hood.

Powertrain details remain under wraps but Ferrari will most likely sell the SUV with the same basic 3.9-liter twin-turbocharged V8 as the GTC4Lusso T, albeit tuned from its current 610 hp to nearer the 650 hp mark, in line with the Lamborghini Urus. Is the available 6.3-liter naturally-aspirated V12 of the GTC4Lusso also a possibility for the Purosangue? It’s difficult to say at this early stage but selling the SUV with a V12 would certainly be one way to win over enthusiasts not convinced at the idea of a Ferrari SUV. We also expect Ferrari to make use of some form of electrification in the powertrains of the Purosangue.

All signs point towards the Purosangue being unveiled sometime next year before it hits the market in 2022.