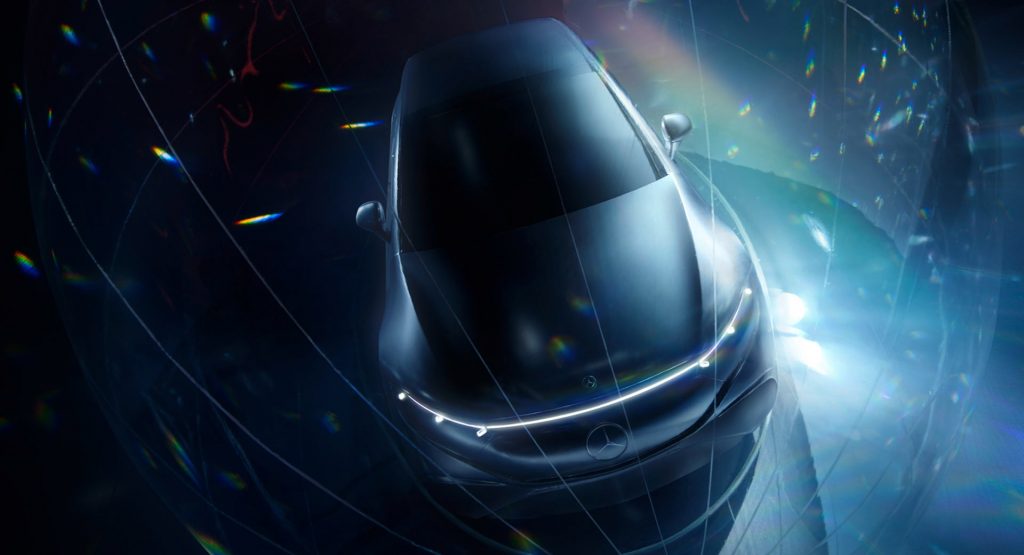 Following in the footsteps of the Vision EQS concept, the production model features a fully enclosed grille with a prominent star emblem. It’s flanked by sweptback headlights with LED daytime running lights that spill into the grille and give the model an ‘electric unibrow.’

Elsewhere, we can see a sculpted hood and traditional side mirrors. The production model also has a revised front bumper and more pronounced fenders. 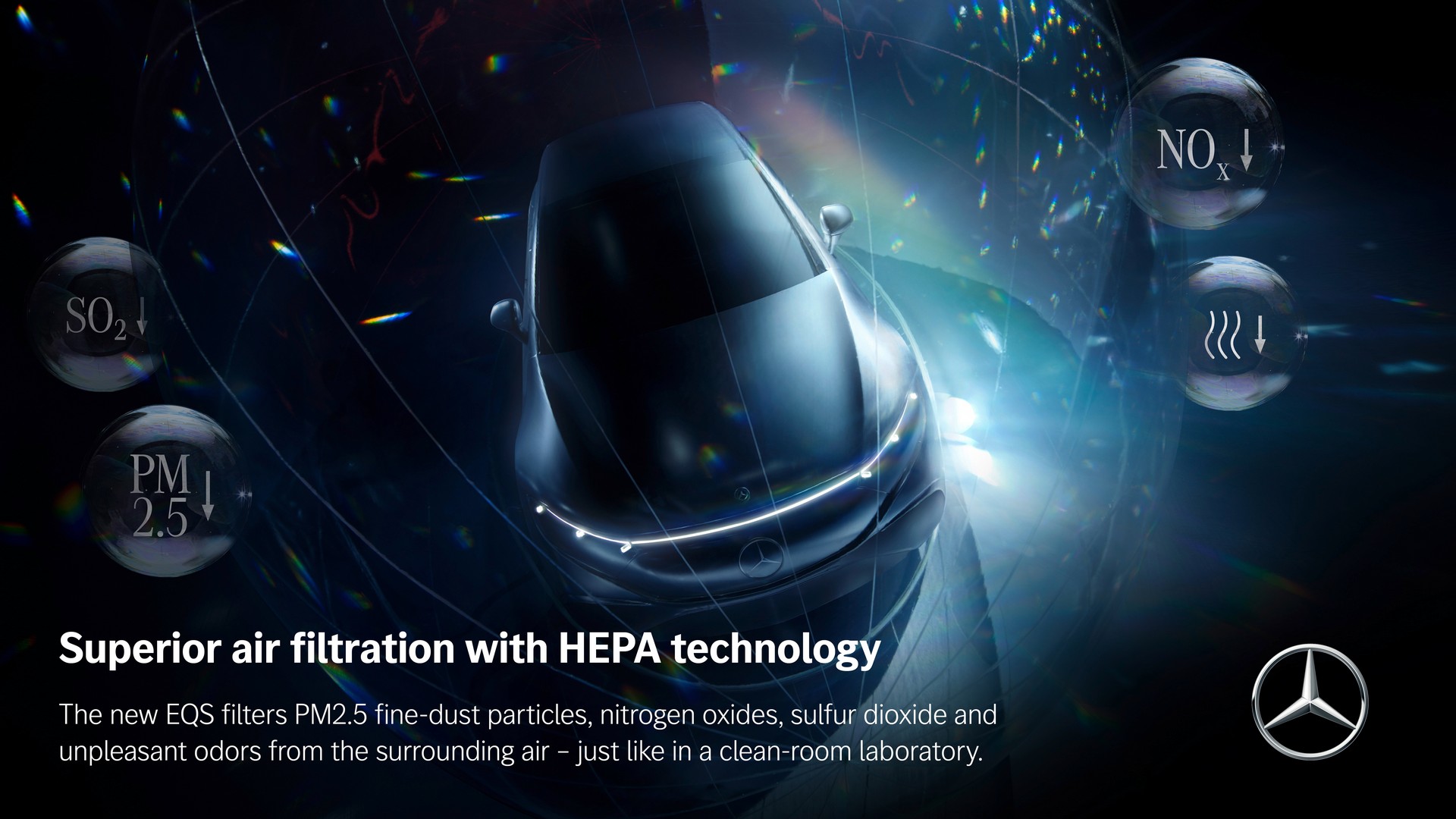 While Mercedes is keeping specifications under wraps, the company confirmed the EQS will be offered with an optional air filtering system which uses a highly-efficient particulate filter that is located where the engine would normally reside. It has a volume of approximately ten liters and provides the “highest of air quality in the interior.”

The filter will prevent nitrogen oxides, sulphur dioxide, unpleasant odors and fine dust particles from entering the cabin. Mercedes said it’s so good, that air quality will be “comparable to that in cleaning and operating rooms.” The company also noted it’s the first automotive air filtration system to be certified according to DIN EN 1822.

Mercedes didn’t say much else about the model, but reiterated the EQS will have a range of more than 435 miles (700 km) in the WLTP cycle. They also noted the EQS will become the first vehicle to ride on the all-new Electric Vehicle Architecture when it debuts next year. The platform will eventually underpin four other electric vehicles including the EQS SUV. 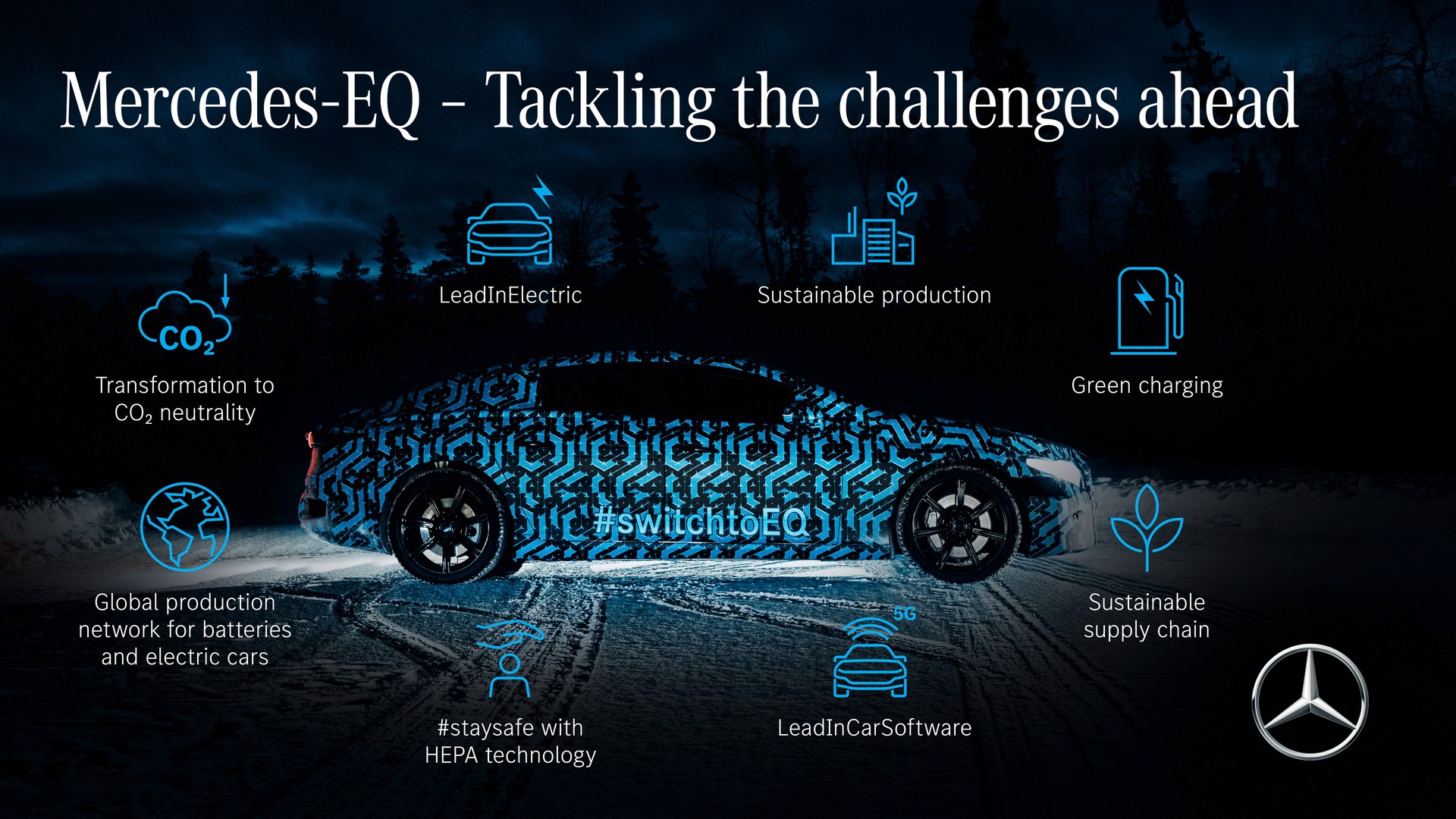