The A-Team van is probably the most famous van in the world, and it has spawned numerous replicas and tribute models over the decades.

While the one you’re looking at wasn’t featured in the iconic TV show, it’s one of six officially licensed models that was used to promote the A-Team in the United States and Canada.

This particular van is a 1979 Chevrolet G-Series, which was given a makeover in 1983 to resemble the GMC van used on the show. While it’s not a perfect replica, it has a black and silver exterior with an orange strip that flows all the way to the rear spoiler. The van has also been equipped with a brush bar and red wheels wrapped in BFGoodrich tires.

Also Read: Be Your Own Baby Driver With This 2006 Subaru WRX Stunt Car From The Film 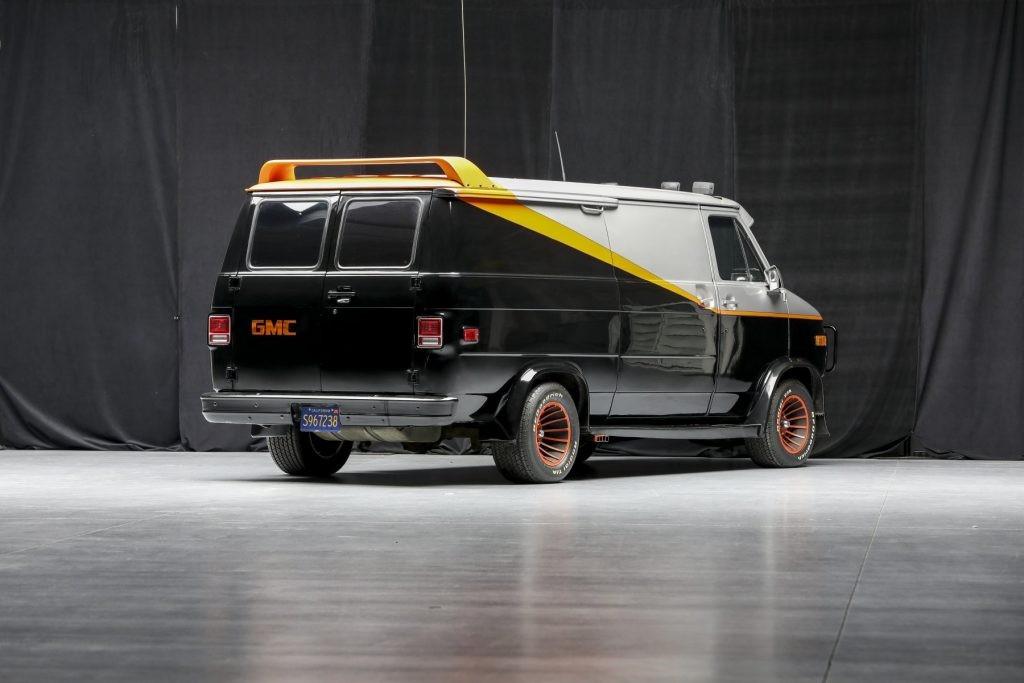 The A-Team inspiration continues in the cabin as there’s a four seat interior with a CB radio and an assortment of prop guns. We can also see this particular model hasn’t been a trailer queen as the odometer shows it has traveled 90,297 miles (145,319 km) in the past 41 years.

There’s no word on specifications, but a quick check of a VIN decoder suggests the van has a 5.7-liter V8. It’s presumably connected to a three- or four-speed automatic transmission.

The van is being auctioned off on January 23rd, without reserve, by Worldwide Auctioneers and proceeds will benefit the J. Kruse Education Center which provides “career pathway development to students and transitioning veterans.