Maybe you’ve seen a picture of a 911 Turbo in a pool or a pink 911, looking like an inflatable flamingo. In either case, you’ve likely thought, “Weird. I love it!” And you aren’t alone.

These digital paintings are the creation of Scotland’s Chris Labrooy and you’ll be relieved to hear that even he has a hard time summing up his own work.

“It’s really difficult to describe what I do,” says Labrooy. “I get up in the morning and make pictures. It’s a lifestyle that gives me a lot of freedom to pursue different ideas. I have called myself a digital image maker working at the intersection of art and design. Does that sound a bit vague?” 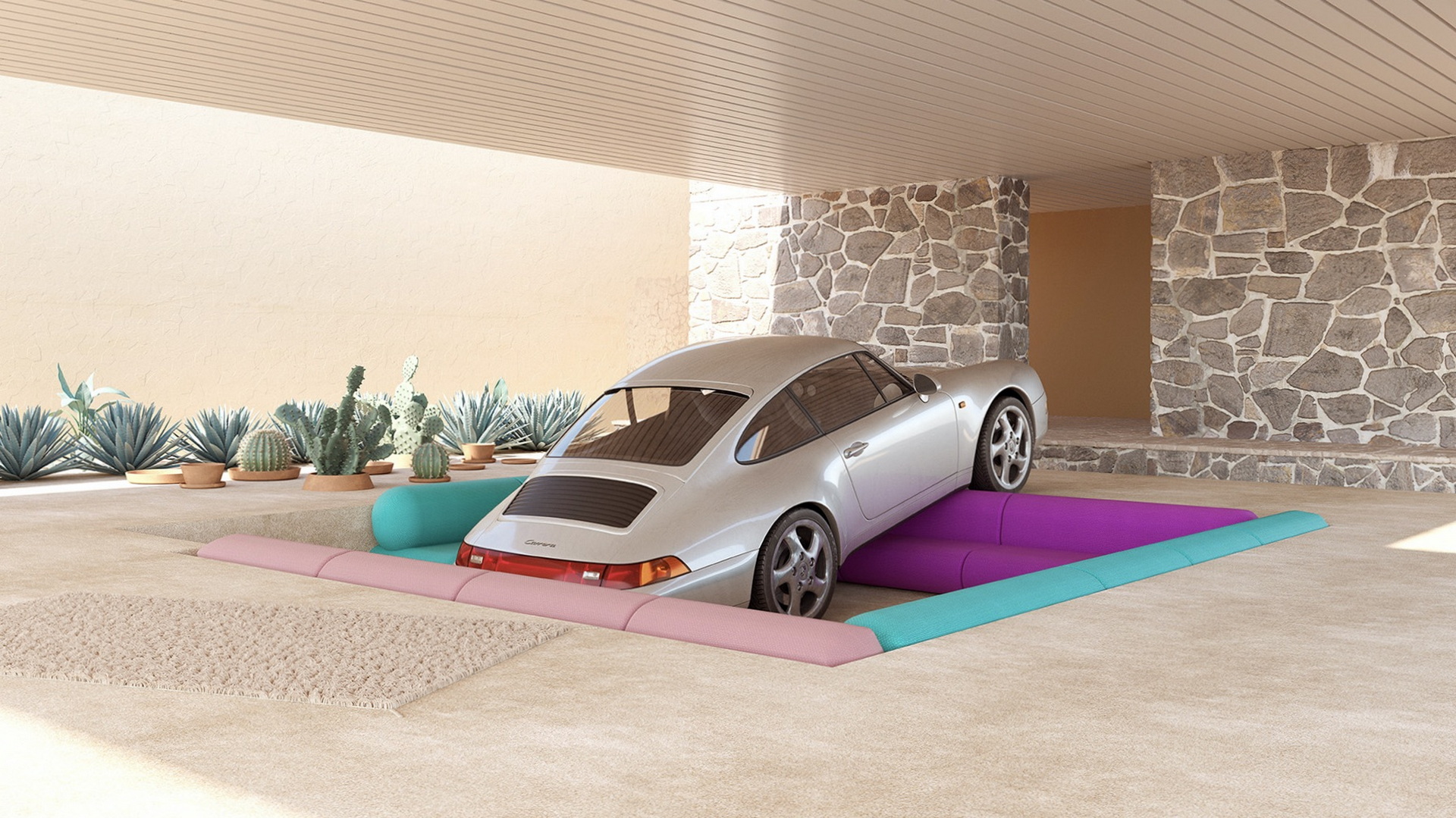 Whatever it is, it’s caught the attention of a number of advertisers like Nike, Apple, and British Airways. And although he works with a number of objects and cars, any fans of Labrooy’s work will know that he’s a big fan of Porsches.

“It’s a very soft, rounded shape that’s a highly capable, high performance sports car at the same time,” he explains. “The 911 has a unique, almost eccentric personality. When I’m making my images, the cars are like actors in a way, and the 911 is like an A-list Hollywood star, with all this depth and versatility.”

A fan of cars his whole life, Labrooy’s trajectory in life was, in many ways, set by the same thing that got a whole generation into cars, Top Gear. Specifically, for Labrooy, it was the episode in which they went to the Royal College of Art–which would become his own alma mater.

The thing that caused him to fall in love with Porsches, though, was being to buy one of his own. After finding some success in advertising, he bought himself a 981 Cayman with a PDK transmission.

He ran the car for two years before deciding he wanted a little more and moving on to a 981 Cayman GT4. And he’s a man who likes to work on a theme, because he’s now the proud owner of a Guard Red 718 Cayman GTS 4.0.

“It’s the perfect car for my lifestyle,” he told Porsche recently. “Because I work from home I don’t have to commute, so the majority of my driving is for pure pleasure and the Cayman is ideal for that. We’re blessed with amazing roads here and its compact enough to really fit the environment and the landscape.”

Like his work, the car is the perfect combination of aesthetically pleasing and viscerally engaging.