Little did the classic Morris Mini Cooper S Mk1 know that its triumph at the 1964 Monte Carlo Rally would result in a limited edition car being built in its honor more than half a century later.

The 2021 MINI Hopkirk Edition was unveiled back in September and is based on the Cooper S hardtop two-door model. It boasts exclusive exterior paint, to go with the #37 on the doors, a ‘Paddy Hopkirk Monte Carlo’ inscription and a white hood stripe.

It is available with both an automatic and a manual transmission, with the engine delivering 178 HP and 280 Nm (206 lb-ft) of torque. In a straight line, it can hit 62 mph (100 km/h) in 6.7 seconds with the automatic, or 6.8 seconds if you’re operating the manual gearbox.

While racing in 1964, Patrick ‘Paddy’ Hopkirk, a Northern Irish driver, clinched his first victory behind the wheel of the #37 Cooper S, aided by English co-pilot Henry Liddon. Hopkirk overcame the odds, as he was racing against competitors with considerably more powerful engines. So him meeting the car built to honor his accomplishment definitely feels right. 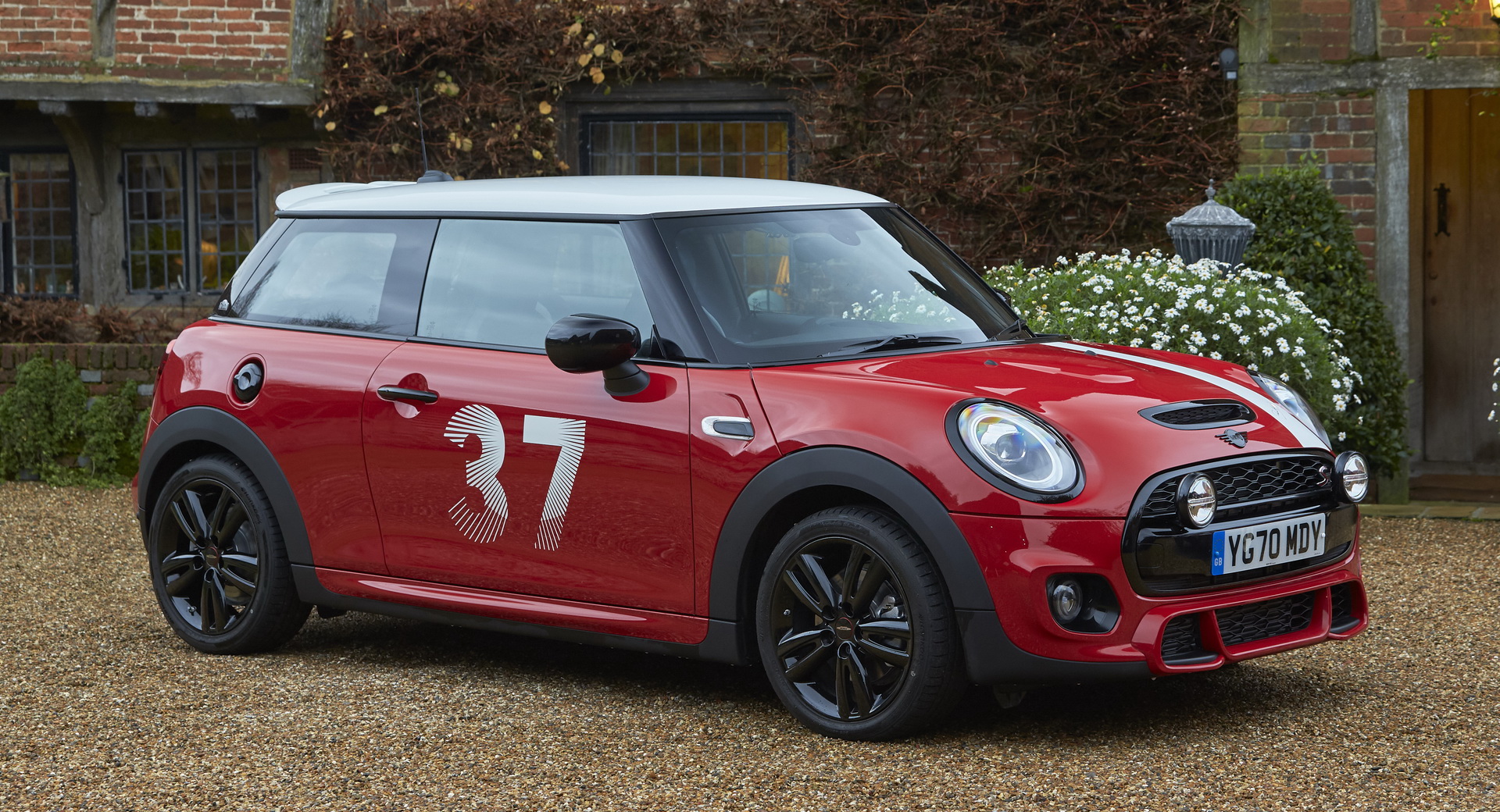 “I’m so flattered to have a MINI named in my honor. Motorsport is long behind me now and for my win at the Monte Carlo Rally to be remembered in this way is a great thrill and honour. The designers at MINI have done a wonderful job. They’ve got a lot of the features on it just like the classic Mini I took to victory, with the number 37, the bonnet stripe and the colours – it reminds me of my very lucky days and wonderful memories.”

He then went on to reminisce about the Monte Carlo Rally and his win, adding: “Everybody wanted to win the Monte Carlo Rally, it was a very glamorous event, so when I joined the British Motor Corporation and the Mini came along it surprised the world. It became a David and Goliath with the might of the other car manufacturers spending a fortune to try and win the event. We were beaten by the big American cars down the straights, but we would beat them on the twisty bits! For the Mini to win against really powerful cars, showed just how good it was – it made the car famous.”

The MINI Paddy Hopkirk Edition is available to order in the UK as well as the U.S.